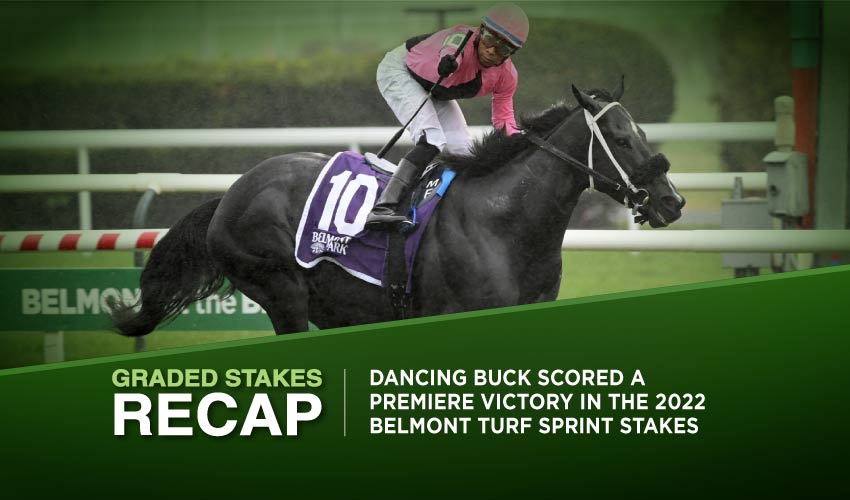 On Saturday, champion Life Is Good made an appearance in the G1 Woodward Stakes over a mile and a furlong, and despite the biggest weight and sloppy track, he easily prevailed. Dancing Buck then proved to be the best of the horses aiming at the 2022 Belmont Turf Sprint Stakes (G3), scoring it by five lengths.

On the very sloppy track, four participants lined up for this G1 dirt race, offering the purse of $500,000. The event was open for three-year-old and older horses who covered the distance of a mile and a furlong, with Life Is Good (1-20) being the hot favorite.

Under Irad Ortiz, Life Is Good jumped quickly out of the gate, set the pace, and never really allowed anyone to pass him by. In the final stretch, Law Professor (269-10) attempted to attack the leader; still, he lost to him by one and ¼ of a length.

Life Is Good cruised towards an easy success in 1m 49.57s, leaving Law Professor behind in second and Keepmeinmind (137-10) in third.

Since finishing fourth in the Dubai World Cup, Life Is Good has delivered three fine victories for Todd Pletcher. In July, he bagged the G2 John A Nerud Stakes, then continued in the winning ways in the G1 Whitney Stakes, and concluded the hattrick on Saturday.

As the distance of a mile and a quarter seems too much for him, he’s expected to show up in the Breeders’ Cup Dirt Mile to try to become a back-to-back winner.

Law Professor gave a solid effort in second, while Keepmeinmind was a distant third and Informative (34-1) a distant fourth.

A field of nine three-year-old and older sprinters headed into this G3 turf race over six furlongs. The purse of $200,000 attracted some promising participants, including four-year-old Dancing Buck (43-10), who had a great start and occupied the front from the initial stage.

Under Manuel Franco, he galloped enthusiastically and seemed focused on his ultimate goal of scoring his premiere victory.

As he turned for home, Dancing Buck kept scooting clear from the rest of the field, and in the end, he triumphed unchallenged in 1m 9.60s, leaving second Voodoo Zip (11-2) behind by five lengths. Yes And Yes (41-5) finished third.

Dancing Buck is trained by Michelle Nevin and spent most of his career in maidens and Allowance races until the four-year-old gelding finished second in a black-type in September.

On Saturday, he continued his progress, and judging by the easy style he scored a G3 in; he is ready to take on even classier rivals.

Voodoo Zip delivered a beautiful turn-of-foot on the outside to snatch up second place in front of Yes And Yes, while preferred Arzak (12-5) couldn’t keep up with the leader’s pace. In the final furlong, he weakened and had to settle for fourth place.