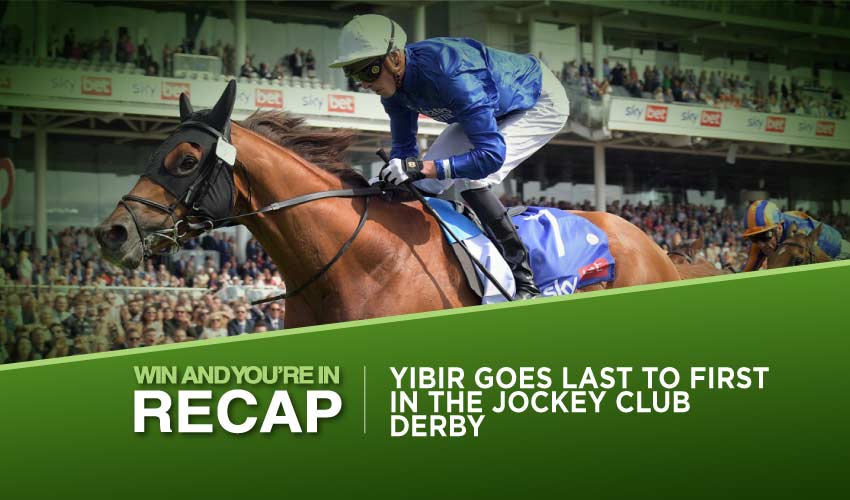 It was honours even at Belmont Park on Saturday evening, the score one-one between the European raiders and the home team, although the two big middle-distance turf races – both won in thrilling fashion – provided no definite clues in the run-up to the Breeders’ Cup in November.

Yibir blows them all away

Yibir hit New York like a ton of bricks on Saturday night, producing the best performance of his career when coming right away from his rivals to win the Jockey Club Derby at Belmont Park, becoming yet another big winner in a magical year for trainer Charlie Appleby and owner Godolphin.

The Dubawi gelding trailed the field by some way in the first half of the race as Tango Tango Tango set steady fractions, but jockey Jamie Spencer had plenty of horse underneath him. He brought his mount four wide at the top of the stretch and within a matter of strides Yibir ($7.30) had surged thrillingly to the lead, drawing off to win eased down by two and a half lengths and a neck from Soldier Rising and Slicked Back, stopping the clock in 2:26 and one-fifth. The favourite Bolshoi Ballet was fourth.

“I passed them too quick,” Spencer told the Daily Racing Form. “My plan was to attack going to the eighth pole. I was last and all of a sudden I passed them all.”

It was an enormously impressive display from a horse who is only the third-best middle-distance three-year-old in Appleby’s yard, such is the strength there this summer. Yibir will now ship back to Britain, for although this victory gave him a fees-paid entry into the Breeders’ Cup Turf, he is not at this stage a confirmed runner at Del Mar given his stable’s wealth of talent.

Brown gives it the old one-two

The race was compromised by a funereal early pace, but trainer Chad Brown couldn’t have cared less as his two runners fought out a gripping finish to the Jockey Club Oaks.

Shantisara ($11.40) sprang a mild upset when getting the better of 2-1 favourite and barnmate Higher Truth by a half-length, after the pair had fought tooth and nail from the top of the lane. Higher Truth had set dawdling fractions with Shantisara at her girth from the gate, resulting in a leisurely final time of a tick under 2:17, before the ex-French daughter of Coulsty took her measure in the final sprint. The French raider Harajuku kept on for third, two lengths back.

“It was a great run,” said jockey Flavien Prat. “She took a nice breather around the turn, and when I asked to move, she came through. I was a bit worried she’d come back on me, but she handled it really well.”

Neither Shantisara nor Hidden Truth – on the board in all three legs of the distaff Turf Triple – are expected to figure at the Breeders’ Cup, with Brown favouring a patient approach and looking to the future.