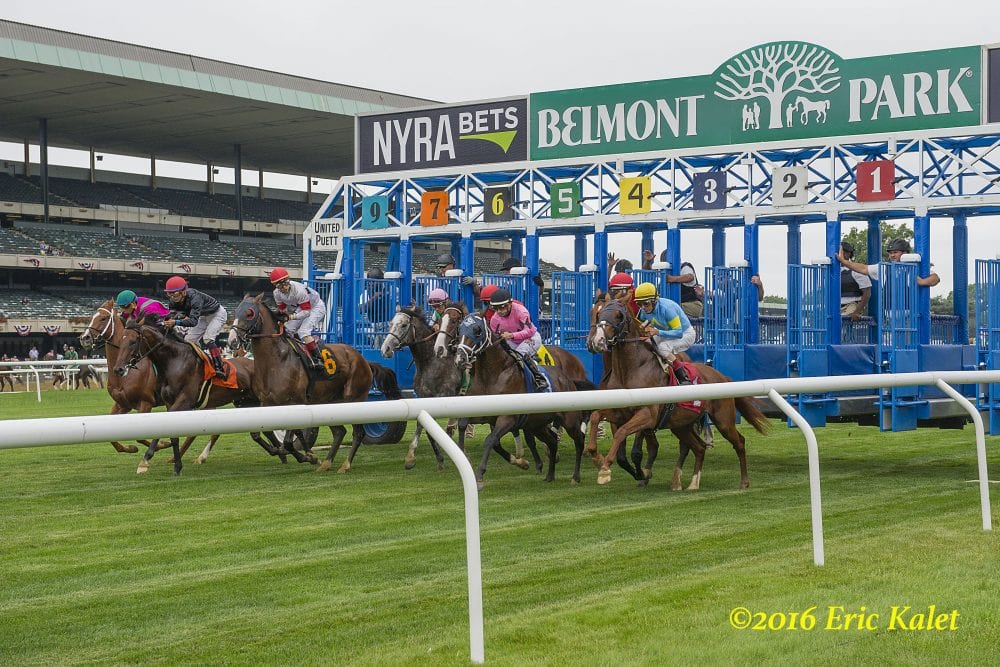 Belmont Park Grandstand: It has been a rough year for all sports organizations; but it appears as though the New York Racing Association (NYRA) has come though it quite well. This despite the fact that they were forced to shut down for 11 weeks; and have now gone 7 months without having fans at the track. The NYRA has come through the storm, and while we still have an uncertain future in 2021; they are already making some big plans.

One of the things that NYRA president and CEO David O’Rourke has in mind is the redevelopment of the Belmont Park grandstand. Rather than going bigger; O’Rourke is contemplating a facility that would be roughly one-third the size of the building that is currently in place. The project would require approval from the state; with the ultimate goal of the new project being the consolidation of downstate racing.

There have been talks about redeveloping Belmont Park for the past few years; but it now seems as though those conversations are going to be turned into actions. O’Rourke claims that the entire project could be funded using money from VLT’s; with new job opportunities going hand in hand with what should be a massive project. O’Rourke is of the belief that conversations with the state will move into high gear in a matter of a few short weeks.

Both a rebuild and a retrofit of the grandstand were on the table; with the rebuild looking like the better option. Initially, plans for the new layout were expected to be presented earlier in the year; but when COVID hit and racing became affected, those plans were temporarily shelved.

O’Rourke revealed that the redevelopment at Belmont Park grandstand would also include much-needed updates to the three track surfaces. The main track would stay at a mile and a half even after the changes. Also included in the plans is the possibility of opening up the infield for fans; who he hopes will be able to return to the tracks in 2021.

It is the state that owns the land where Belmont Park resides; and as they already have a new arena for the New York Islanders being built on that same land; O’Rourke is going to need to wait and see of they will be willing to invest more money in the proposed developments.

Check in daily for all the latest horse racing news, tips, and results from our experts at Horse Racing Tote.