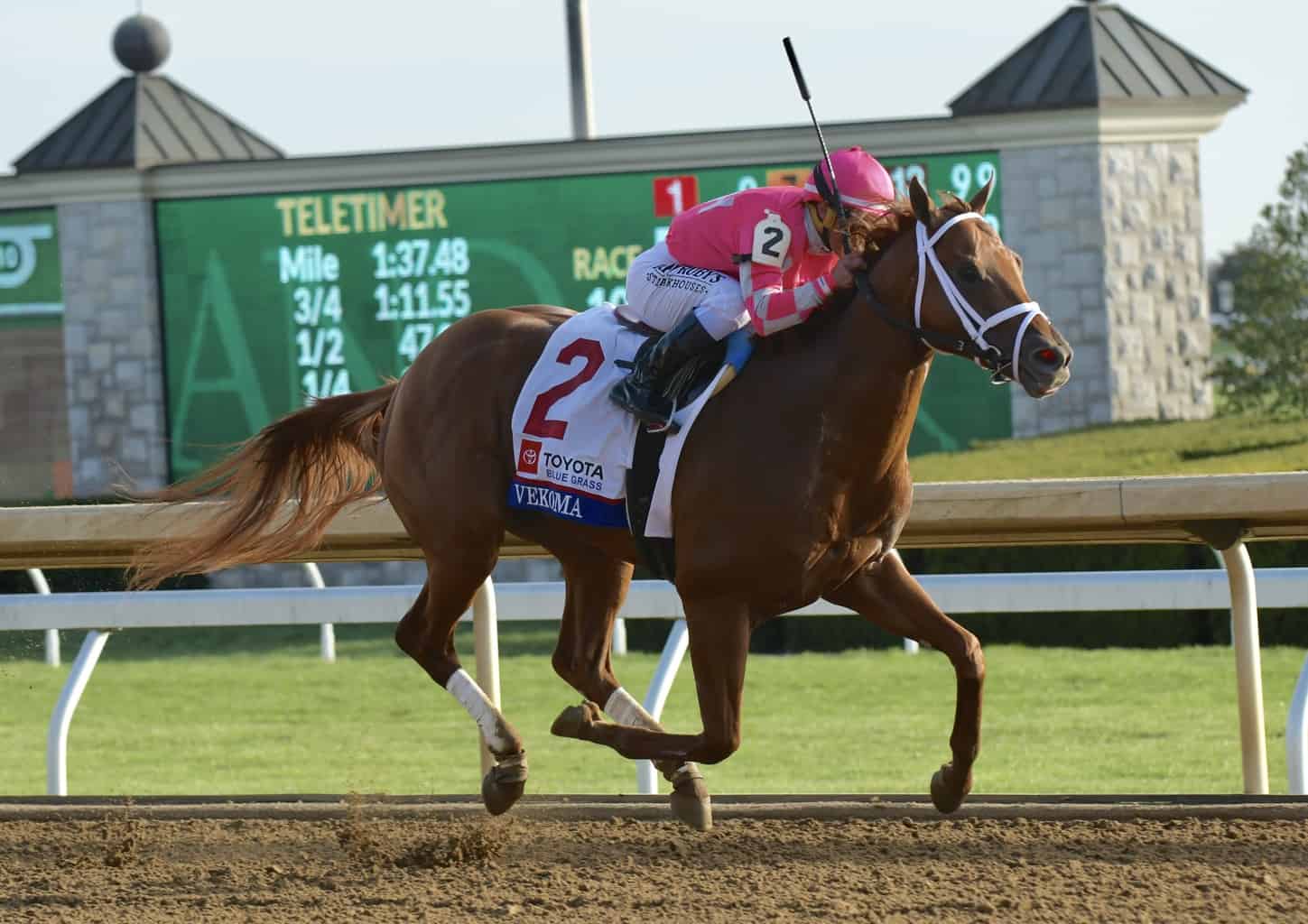 Dirt Mile 2020 Contenders: We’re just a few weeks away from the Breeders’ Cup Championships on November 6 and 7, and one of the deepest races will be the Breeders’ Cup Dirt Mile. We don’t know yet whether Vekoma will be in the Dirt Mile or the Sprint, but commitments from the likes of Art Collector and War of Will, along with strong showings from Mr. Money, Knicks Go and Complexity will make this an interesting race.

Let’s take a look at some of the top contenders, starting with a comparison of their recent speed figures, using three different systems, provided by our good friends at popular online racebook JazzSports.ag.

Vekoma and Complexity are right at the top, with Timeform and Brisnet varying slightly as to which horse is the fastest. Knicks Go won an allowance race in his last start, but his speed ratings put him right with these two top contenders. So if you’re looking for a horse that is likely to be well down the odds list, then consider Knocks Go.

Look at the most recent figures for Mr. Money and Mr Freeze. Their best speed figures are considerably higher than their last speed figures, even though they won both of their most recent races in the listings. Mr. Money won the Ack Ack Stakes, and Mr. Freeze won the Fayette Stakes; it does not look like either one of those races offers enough of a challenge to push the horses fast enough to post figures. Another possibility is that the horses peaked earlier in the year.

Let’s take a look now at the top accomplishment of each of the horses currently slated for the Breeders’ Cup Dirt Mile.

Complexity: Won the Champagne Stakes (Grade I) in 2019

War of Will: Won Grade I stakes on both dirt and turf in 2020

Pirate’s Punch: One win in a Grade III stakes

Midcourt: One win in a Grade II stakes

Hog Creek Hustle: One win in a Grade I stakes

Give an EDGE to your horse-betting with the help of Horse Racing Tote’s expert racing advice. Stay tuned for more exclusive content on the upcoming Breeders’ Cup and Pegasus World Cup.