WAR OF WILL: BREEDERS CUP UPDATE 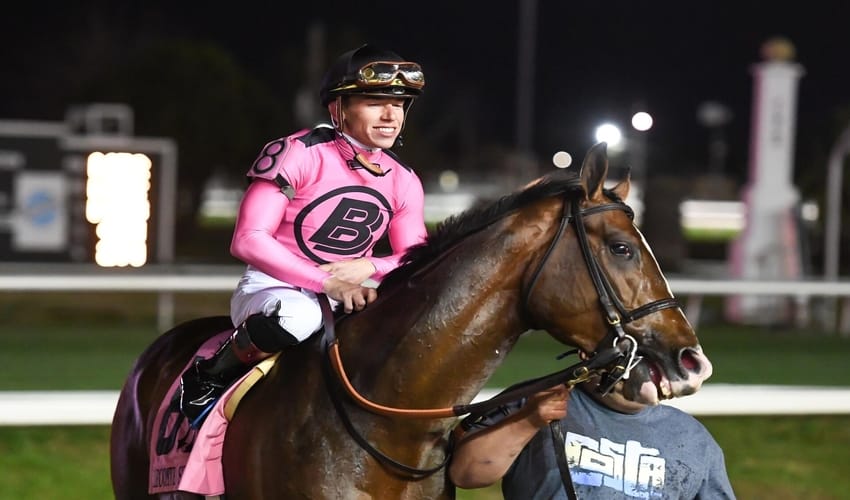 War of Will, who has run in three starts on turf in 2020, will switch over to dirt on November 7, competing in the Big Ass Fan Breeders’ Cup Dirt Mile (Grade I) on November 7, according to his trainer, Mark Casse.

Breeders’ Cup Update: War of Will Is In

As a three-year-old, the colt of War Front turned in transcendent results on dirt, winning the Preakness Stakes (Grade I), the Risen Star Stakes (Grade II) and the Lecomte Stakes (Grade III). During the second half of the year, his metrics declined, as he settled for ninth place at the Longines Breeders’ Cup Classic (Grade I) held at Santa Anita Park.

In 2020, War of Will has won once in three starts. At the Shoemaker Mile (Grade I) on May 25, he came in sixth, and then he won the Maker’s Mark Mile Stakes (Grade I) on July 10 at Keeneland Race Course. His last start came on September 19, when he entered the Ricoh Woodbine Mile (Grade I) as the favorite and ended up coming in third.

Before we go on, don’t forget to keep an eye out for the freshest Odds to Win, coming up soon at JazzSports.ag.

Casse has said that this will likely be War of Will’s last race before retiring to stud, and that it would be nice to finish the year (and his career) with Grade I wins on both turf and dirt. His lifetime earnings total more than $1.8 million, and Claiborne Farm bought an interest in him this summer, for him to retire there.

The Woodbine Mile result was particularly disappointing to Casse, as War of Will seemed happy to race just behind the leader and then wait for the stretch, when Starship Jubilee pulled away from him to win by 1 ¾ lengths. That performance made Casse conclude that War of Will did not like the turf course at Woodbine. In previous races there, as a two-year-old, he came in third in an August 2018 maiden race and followed that up with a second-place finish at the Summer Stakes (Grade I) in September 2018.

Spanish Loveaffair’s participation will depend on her performance at Keeneland this week, as she is a +350 morning line shot in the Jessamine Stakes (Grade II) on Wednesday. Got Stormy is the prohibitive favorite at the Buffalo Trace Franklin County Stakes (Grade III) at Lexington on Friday, and his results will also determine placement in November.

Give an EDGE to your horse-betting with aid of Horse Racing Tote’s expert racing advice. Until Next Time!