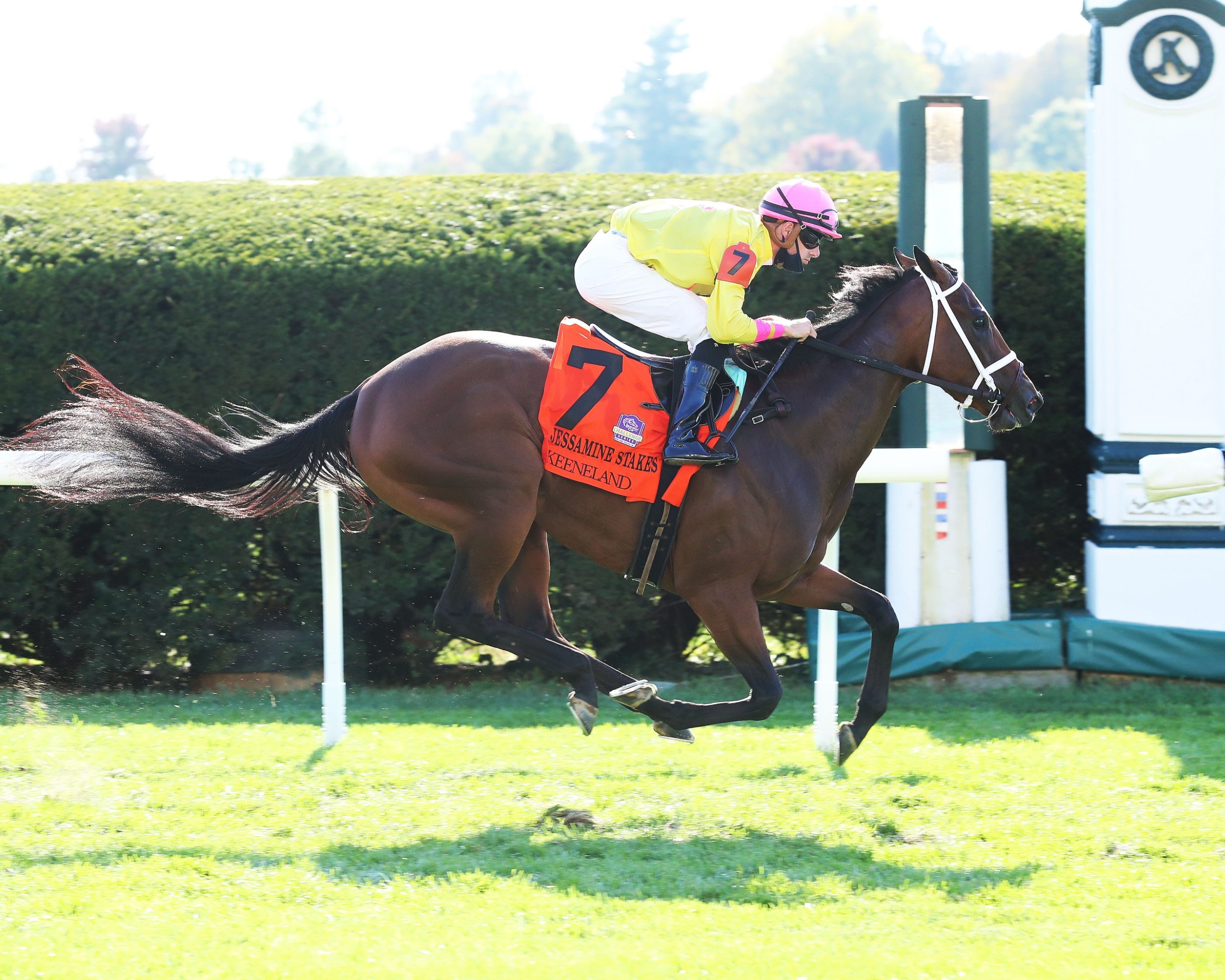 And while we wait for the Odds to Win courtesy of JazzSports.ag, let us take a look at four horses – two on the rise, and two who may have peaked early on this Keeneland Race Course update.

On the Rise: Jackie’s Warrior

Jackie’s Warrior won the Champagne Stakes (Grade I) at Belmont Park on Saturday, a one-turn mile course. That’s still a little bit shorter than the 1 1/6-mile Breeders’ Cup Juvenile that he will face on November 6, a course with two turns, but he delivered as the favorite at Belmont, pulling away by 5 ½ lengths over Reinvestment Risk. That was the second time he had beaten Reinvestment Risk after a win at the Hopeful Stakes in September. He also tied his best Equibase Speed Figure (102) and is still perfect with four wins in four starts. His rider for the Breeders’ Cup will be Joel Rosario, who has 11 victories in Breeders’ Cup races. Including a win at the 2018 Juvenile atop Game Winner.

On the Rise: Aunt Pearl

On October 7, Aunt Pearl dominated the Jessamine Stakes (Grade II) at Keeneland, on the same course where she will run the Juvenile Fillies Turf at the Breeders’ Cup on November 6.

Getting the win on the same course should give her an advantage, particularly given the fact that her challengers are likely to come from Europe.

Those horses generally start out in the rear and bring big finishes; but Aunt Pearl showed that she can dominate the pace. She had a :22.28 opening quarter and a half in but closed with her last 1/16 of a mile at :06.15.

On the Downslope: Tacitus

Tacitus came in third out of five despite running as the favorite at the Jockey Club Gold Cup (Grade I) on October 10. That was his second consecutive Grade I stakes race as a heavy favorite in which he did not come close to winning.

The Breeders’ Cup Classic might be a better scenario. He came in second at the Belmont and the Travers Stakes last year and at the Woodward Handicap this year; but it’s hard to argue that he is a legitimate contender to win.

On the Downslope: Love

Love’s form isn’t going down, but it sounds like she will miss the World Championship altogether. She won the 2020 Investec Epsom Oaks and the QIPCO One Thousand Guineas; and in her career she has three Group 1 victories, all by at least 4 ¼ lengths. However, trainer Aidan O’Brien looks ready to rest her for her four-year-old season.

Give an EDGE to your Keeneland Race Course horse-betting with the aid of Horse Racing Tote’s expert betting advice. Until Next Time!