Modern Games prevails amid the chaos to win Juvenile Turf 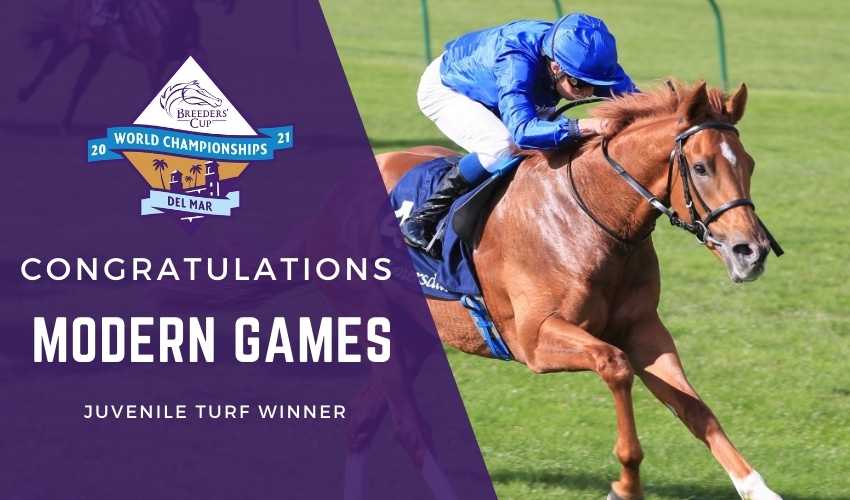 The first day of the Breeders’ Cup ended in complete and utter farce, when the Juvenile Turf was won by Modern Games, a horse who was ineligible for betting purposes.

British raider Modern Games was the horse in question, the morning-line favourite, and the chain of events that led to US racing being made to look stupid began when the race was delayed after second-favourite Albahr flipped over in the gate and was withdrawn. The colt sustained minor abrasions but walked off the track sound, as did jockey Frankie Dettori.

His stablemate Modern Games, who was in the stall next to Albahr, was let out of the gate for safety reasons and then – because of a totalisator error – was permitted to run in the race for purse money only, with all wagers refunded. So when he hit the wire first, everyone who had put their money on the colt was denied a payout.

The crowd made their feelings known in no uncertain terms, with boos ringing around the grandstand as the horses crossed the line. The winner, for pari-mutuel purposes, was the fast-finishing runner-up Tiz The Bomb, who paid out at $17.60.

It was all a great shame that the victory of Modern Games had become totally overshadowed by the chaos swirling around the race. The son of Dubawi, ridden by William Buick for trainer Charlie Appleby, came five wide on the turn and finished late and strong to catch Grafton Street in deep stretch and claim the spoils by a couple of lengths, stopping the clock in 1:34 and four-fifths. Tiz The Bomb finished best of all but could never land a blow at Modern Games, while Mackinnon took third spot ahead of Grafton Street.

“My gate was actually opened by one of the stalls crew,” said Buick. “My horse refocused so well after the incident and the long delay, and did what he had to do in the race. He’s a real professional, he has great mental strength.” Modern Games, who is now four-for-six lifetime, was Appleby’s third winner of the Juvenile Turf, and such is the strength of the Newmarket trainer’s yard that it might be fair to say that the colt is only the third-best horse in the barn behind champion European two-year-old Native Trail and the strong-running Coroebus.

Follow us on Social Media for instant BC Juvenile Turf updates!