Yibir gives Appleby a third winner in the BC Turf 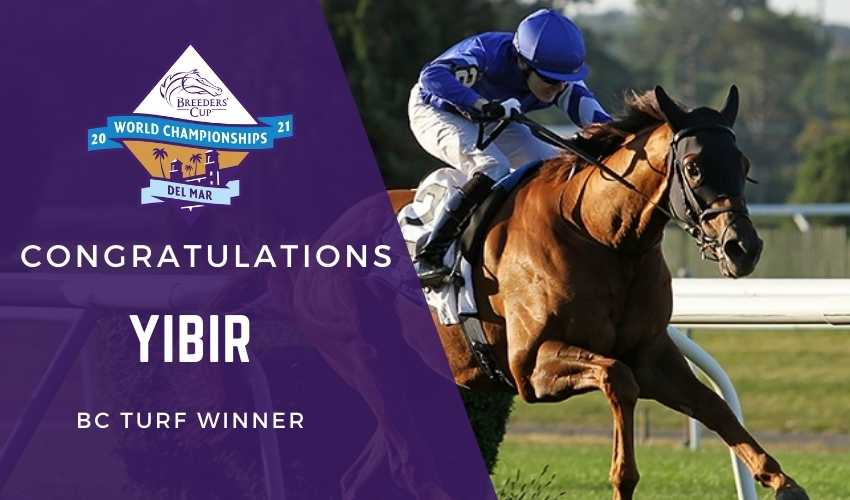 Charlie Appleby and William Buick set the seal on the most remarkable weekend at Del Mar with victory in the BC Turf, their third success together over the two days, thanks to an irrepressible stretch run from the strong stayer Yibir, another son of supersire Dubawi.

Historically the race has been dominated by the Europeans, and so it was again with the first four home shipping across the pond for the festivities. That quartet did not include the favourite Tarnawa, who ran a limp race when attempting to repeat last year’s success in the Turf, never looking likely to be concerned in the finish at any stage.

The locals Tribhuvan and Acclimate set no more than a steady pace, twelving their way along at the head of affairs, and little changed in the order until the field entered the final turn, at which point Yibir had only Gufo behind him. Stablemates Broome and Bolshoi Ballet went to the lead along with Channel Maker and Broome quickly kicked clear, opening up a three-length advantage by mid-stretch.

Yibir, though, is a horse who doesn’t do anything quickly, but when he starts to roll he’s unstoppable. Buick brought him nine wide round the turn and unleashed him down the centre of the track, and the 8-1 chance ran down Broome in the closing stages to steal the race by a half-length, stopping the clock in 2:25 and four-fifths.

The filly Teona kept on gamely for third, and Broome’s other stablemate Japan finished late to take fourth place.

The victory was simply the cherry on the cake in the most incredible year for Appleby, who in Britain and Ireland won the Derby and the King George with Adayar and the Irish Derby and the St Leger with Hurricane Lane, as well as landing many other big prizes overseas, not forgetting this tremendous triple at Del Mar.

Follow us on Social Media for instant BC Turf updates!