Secret Oath crowned herself the new queen of Ky Oaks 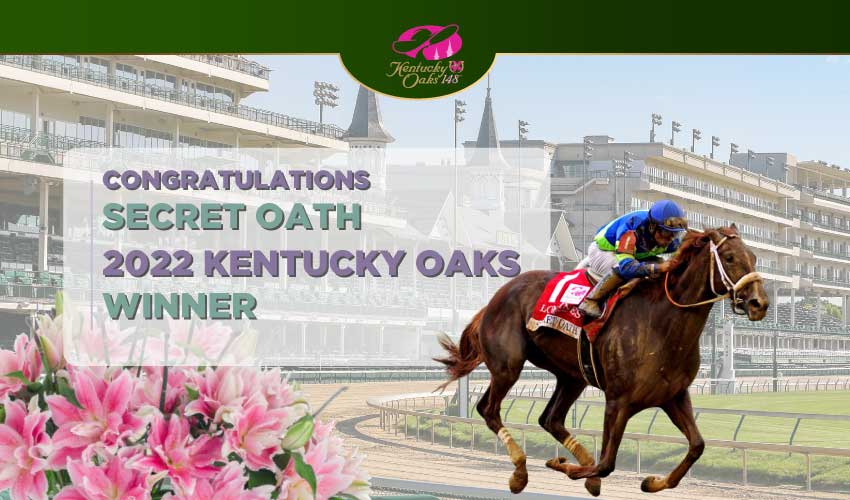 The Kentucky Oaks, billed as a blockbuster before the gates opened, lived up to that forecast at a rainy Churchill Downs on Friday when Secret Oath prevailed in dominant fashion, crowning herself the new queen of her generation and securing a personal triumph for her trainer Wayne Lukas, the old king of the racetrack winning his fifth Oaks at the age of 86.

Secret of success for Lukas

Age is just a number, they say. You’re as old as you feel; they say that too. The all-time-great Hall of Fame trainer Wayne Lukas is 86, and on Friday he must have felt a quarter of that age when his Secret Oath ran out an authoritative winner of the Kentucky Oaks at Churchill Downs.

Secret Oath, a 4-1 joint-third-choice in the mutuel pools, announced herself as the leader of her generation with a dazzling display, taking the race by the scruff of the neck at the top of the lane and driving on strongly to win by two lengths from the rallying 2-1 favourite Nest in a time of 1:49 and two-fifths, with 50-1 longshot Desert Dawn digging in hard to keep third spot. It was a showstopping performance from the filly under a bold, decisive ride from jockey Luis Saez, but the spotlight was shining brightest on Lukas.

The grand old man of US racing has won the Kentucky Derby four times, the Preakness six times, the Belmont four times, has sent out 20 Breeders’ Cup winners, and now he has his fifth Kentucky Oaks exactly 40 years after he won the ‘Lilies’ for the first time. In his tremendous prime Lukas was a ruthless operator, not always the most popular man on the backstretch, but this late-life triumph was greeted with universal delight by the patrons in the grandstands and by the trainers Lukas beat here, many of whom he had mentored.

“I’m really happy for Wayne. If I couldn’t win this race, I was rooting for him,” said Todd Pletcher, trainer of the runner-up. Steve Asmussen, trainer of fourth-placed Echo Zulu, was equally thrilled. “Lukas winning the Oaks was far better than anything I could ever do,” he said, with great good grace. “It is a beautiful moment for Wayne, unbelievably deserving.”

Secret Oath was equally deserving of praise, coming out on top in a very strong Oaks that seems as though it will stand the test of time, with the ‘big four’ fillies in the build-up running 1-2-4-5, with only Desert Dawn gatecrashing the party.

Last year’s champion juvenile filly Echo Zulu gave up her unbeaten record but not without a fight, working hard behind the sizzling fractions set by Yuugiri and only dropping back in the closing stages, while the previously unbeaten Kathleen O. rallied strongly for fifth after racing in rear until well past halfway.

“I’ve ridden a lot of good fillies, but none in my life like this one,” said a jubilant Saez of the Briland Farm homebred daughter of Arrogate. “I’m so glad to be here and blessed to win my first Kentucky Oaks.”

One for Saez, but the last word on a glorious day came from the man who has now won five.

“I love the big ones, these are the ones we play for,” said Lukas, wearing his big white cowboy hat of time immemorial. “At this stage of my career, it’s really gratifying to win one more of these.”

Follow us on Social Media for instant Ky Oaks updates!