We are sorry, Event ended !

The Dubai World Cup is the is the world’s richest Thoroughbred horse race, held at Meydan Racecourse in late March over a distance of 2,000 meters, featuring a massive purse of $12 million since 2019. Operated by the Chairman of Emirates Racing Authority, Sheikh Mansour bin Zayed Al Nahyan, it has become a major international racing event in Dubai.

The DWC has been held annually since 1996 and it has placed the United Arab Emirates on the horse racing map as one of the world’s most prestigious racing competitions. Over 60,000 spectators gather at Dubai’s Meydan Racecourse to witness this adventurous horse race, famous for its spectacular entertainment and the richest purse of prize money.

The first DWC night was held in 1996 at Nad Al Sheba Racecourse. It featured nine stakes races and was immediately labeled the richest night in horse racing. The event received an undoubted boost right off the bat due to the participation of the American champion Cigar. Cigar, as part of his amazing 13-race winning streak, shipped to Dubai and captured the first DWC victory, which, at the time, carried a purse of $4 million. It proved that the event could indeed draw the best horses from all over the world to this unique location far away from the traditional hotbeds of Thoroughbred racing.

Meydan Racecourse opened its doors on March 27th, 2010 and is part of an expansive property that also includes The Meydan hotel, a five-star resort that sits trackside. This impressive facility also includes a racing museum, restaurants and corporate suites.

Both the turf and dirt tracks are left-handed. The turf track covers a distance of 2,400 meters, while the dirt track is 1,750 meters. For the first five years, the DWC was held on a synthetic surface. In 2015, partly due to the concerns of top United States horses over the synthetic surfaces, Meydan switched to a dirt course, and that has been the surface for the Dubai World Cup horse racing since that time.

Stakes Races on the Schedule

A combination of a big purse, an exotic setting and outstanding racing competition has allowed the race to become a must-see for all racing fans.

The Dubai World Cup 2023 Will Be Run On March 25 At Meydan Racecourse.

What is post time for the 2023 Dubai World Cup?

Our partner JazzSports.ag is the best place for you to bet on the 2023 Dubai World Cup.

Country Grammer gave Hall of Fame trainer Bob Baffert the victory in the $12 Million DWC at Meydan racecourse in 2022. 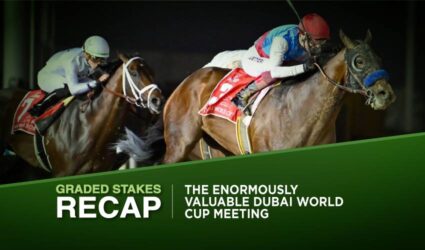 The enormously valuable Dubai World Cup meeting at Meydan on Saturday was notable for... 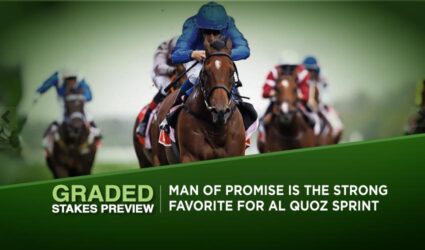 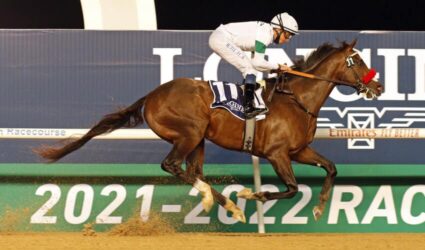 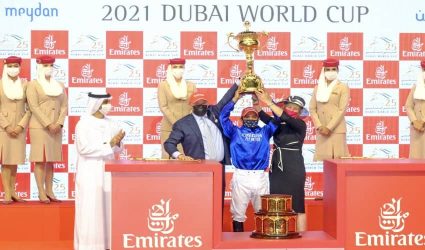 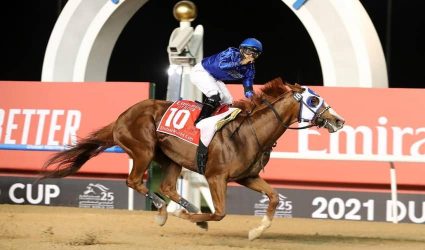 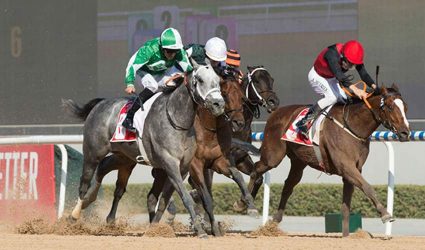 The Dubai World Cup is one of premier racing events of the year featuring... 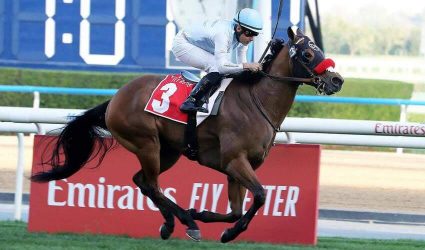