Japan is a famous destination for equestrian sports such as horse racing as it has some of the biggest venues in the world which attract thousands of visitors and punters from different countries. Horse racing in Japan can be classified into two categories: racing conducted by the Japan Racing Association (JRA) and racing conducted by local governments on the prefectural and municipal level.

The JRA was established in 1954, to operate as a public entity to ensure the integrity of horse racing and the development in breeding of racehorses and livestock in Japan. It is under the strict oversight of the Japan’s Ministry of Agriculture, Forestry and Fisheries. JRA formulates the rules for horseracing; registers owners, colors, and horses using foal registration and licenses all JRA trainers and jockeys.

The JRA contributes to improvement of livestock breeding and to public and social welfare from its turnover to the National Treasury and engages in various activities concerning the operation of Japanese horse racing. The JRA operates the nationwide network of 10 racecourses (with both turf and dirt tracks), over 30 betting facilities, two training centers (Miho and Ritto), horseracing school for jockeys and stable staff, training research centers and equestrian park etc.

A high degree of control exists by JRA in horse stabling and distribution of racing by horses over racecourses. Jockeys are trained by JRA, ride at several race courses, and ride for many trainers. JRA racing is mainly conducted on Saturdays and Sundays, with the exception of several days on national holidays.

Tokyo, Nakayama, Kyoto and Hanshin are known as the “big four” of the 10 racecourses of JRA, and, along with Chukyo, all GI races are held at these five courses. Three racecourses, Tokyo, Niigata and Chukyo, have counterclockwise courses and the other tracks have right-handed courses. 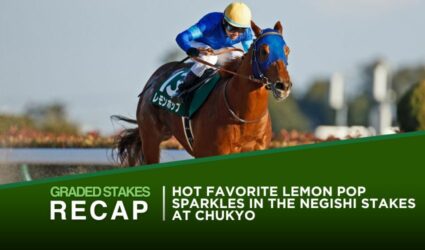 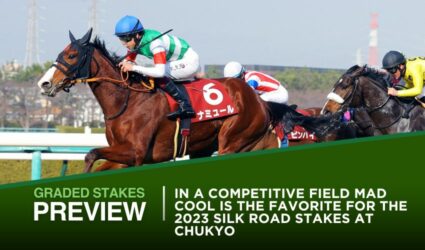 In addition to the Pegasus World Cup at Gulfstream Park, the Japan Racing Association... 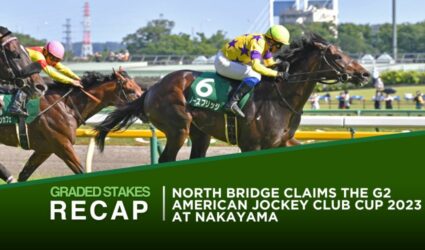 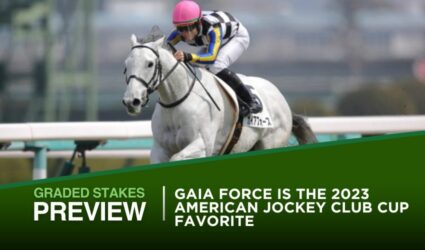 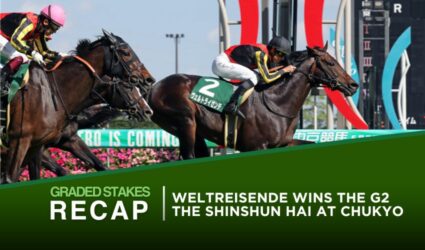 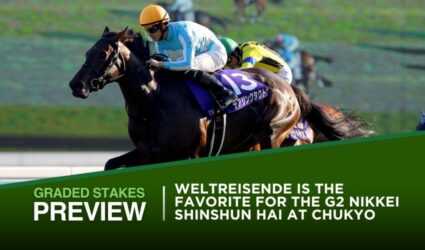 This weekend sees some top-class action from Japan with the $855,000 Nikkei Shinshun Hai... 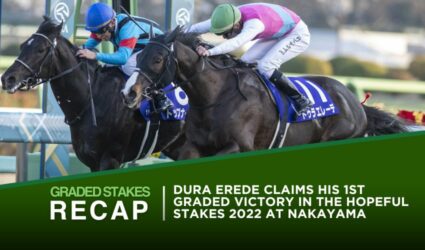 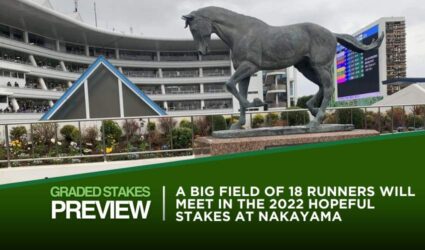 On Wednesday, the two-year-olds take center stage in the last Grade 1 of the... 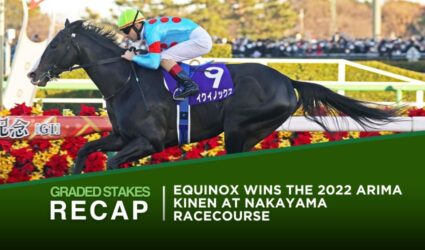 Equinox prevails in a pulsating finish for the 2022 Arima Kinen (G1), leading home... 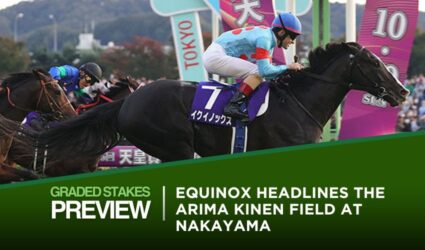 Japan’s racing media is abuzz ahead of a Christmas Day clash in which form... 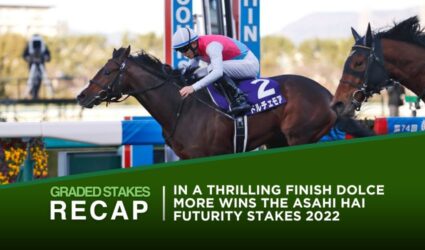 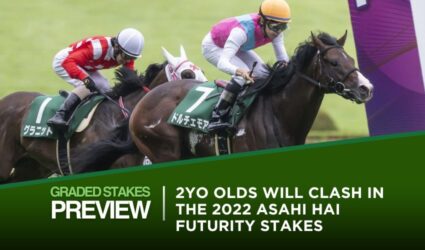 Saturday sees the 8th running of the Turquoise Stakes, a graded handicap that takes...