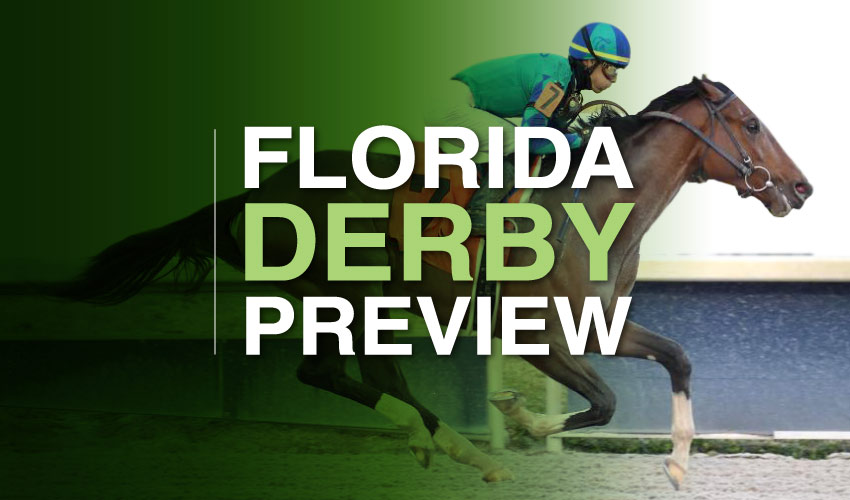 Florida Derby Race Preview: The 69th Florida Derby (G1) will take place on March 27 at Gulfstream Park. The $750,000 event is considered one of the premier lead-up prep races for the May 1 Kentucky Derby; presented by Woodford Reserve (G1), offering qualifying points on a scale of 100-40-20-10 to the top four finishers.

Let’s take a look at this year’s top entrants:

One of the leading names among the Florida Derby race preview  field is Courtlandt Farms’ Greatest Honour. The 3-year-old Tapit colt has already taken the first two Kentucky Derby prep races at Gulfstream, so he is looking for his third with the Florida Derby.

Easily one of the top Triple Crown contenders as he holds the #3 spot on the Road to the Derby leaderboard, the colt put in a half-mile breeze at Payson Park Training Center on March 21.

Hall of Fame trainer Shug McGaughey is happy with how things are turning out.

“I liked the way he worked. The other day, he went off a little quicker than I wanted,” McGaughey said. “I impressed upon (the rider) to just let him ease away from the pole and finish up strong, which he did. I got the last quarter in 0:13 seconds and change.”

The two previous prep races that the impressive runner scored were the January 30 Holy Bull Stakes (G2) and the February 27 Fasig-Tipton Fountain of Youth Stakes (G2), both of which were at the 1 1/16-mile distance. The question is now whether or not the runner can do the same when he stretches out to 1 1/8 miles in the Florida Derby.

Watch out for Soup and Sandwich

There is a really good upset prospect for the Florida Derby in Soup and Sandwich. According to trainer Mark Casse, the undefeated Into Mischief colt will be among “a different kettle of fish” this time out.

The runner will go against top talent for the first time, but despite that, there are a lot of eyes on the easy maiden winner. His two victories include that maiden sprint at Gulfstream in January and a two-turn allowance event at Tampa Bay Downs in February.

The colt is training extremely well coming into the Florida Derby, with his final pre-race workout on Friday going a half-mile in 48.80 seconds at the Palm Meadows training center.

Soup and Sandwich will be guided by jockey John Velazquez.

The Florida Derby field is going to be loaded with talent as it is one of the most important races up to this point.

The seven-furlong Pasco Stakes-winner Nova Rags will be breaking for Hall of Fame trainer Todd Pletcher. He breezed three furlongs in 0:38 3/5 seconds in preparation for the big race.

Meanwhile, Three Chimneys Farm and e Five Racing Thoroughbreds’ Collaborate breezed five furlongs in 1:01.18 along with stablemate Queen Nekia, who finished in 1:02.49. The latter was the winner of the February 20 Royal Delta Stakes (G3), and both runners are trained by Saffie Joseph Jr.

Multiple grade 1-placed Spielberg is looking like a workman coming into the Florida Derby, according to Hall of Fame trainer Bob Baffert. His big break came in a December 19 victory in the Los Alamitos Futurity (G2), which he followed up with a fourth-place run in the January 30 Robert B. Lewis (G3) and second in the February 27 Southwest Stakes (G3).

Make sure to check Horse Racing Tote for all the latest horse news, updated racing odds, last-minute results and so much more. Follow us on Social Media for instant updates.