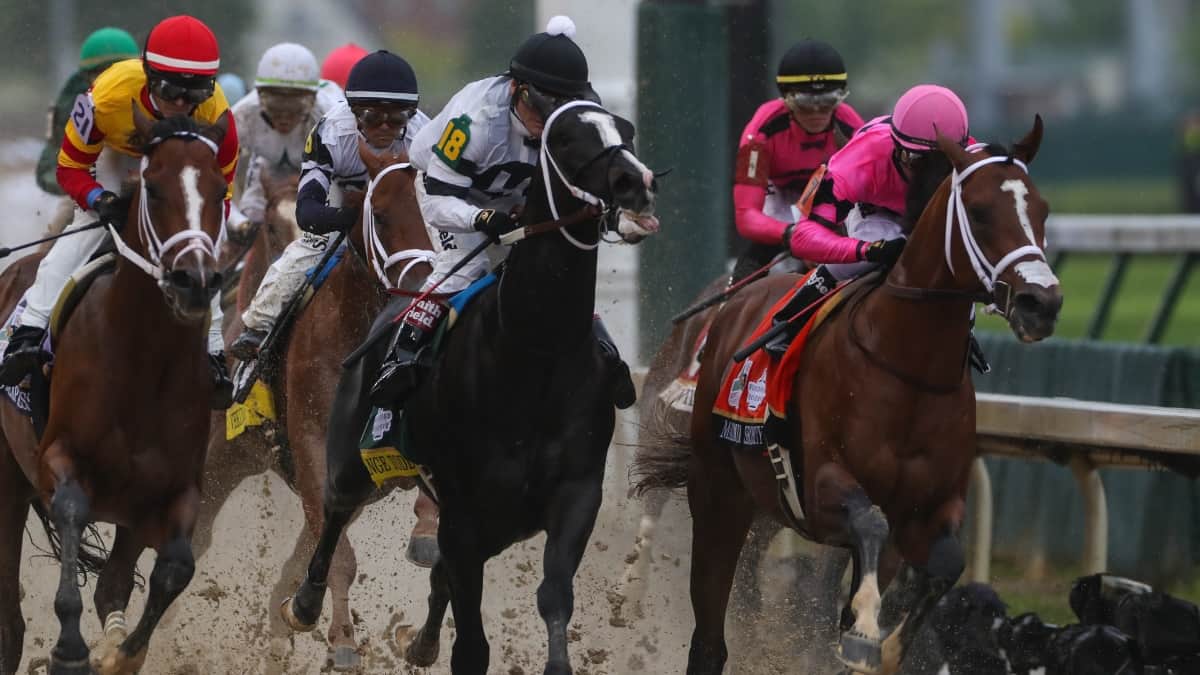 As we move closer to the 2021 Kentucky Derby, all eyes are on the Kentucky Derby futures wager pools. There have been some changes in the odds over the last week, so let’s take a look at the updated odds.

The Kentucky Derby futures are being led by the +600 Life Is Good. The Sham Stakes (G2) winner moved ahead of TVG Breeders’ Cup Juvenile Presented by Thoroughbred Aftercare Alliance (G1) victor Essential Quality at +800.

Life Is Good closed as the +500 favorite in Pool 1 last November, while Essential Quality was the third betting choice at +800. The two have been battling for the top spot.

The favorite, Life Is Good, is expected to make his next start in the March 6 San Felipe (G2) for Hall of Fame trainer Bob Baffert, who has won the Kentucky Derby six times.

Trained by Brad Cox, Essential Quality is perfect in three starts following his win in the Breeders’ Cup Juvenile in November. He is preparing for his 3-year-old debut.

Some of the other big names to look out for are Smarty Jones Stakes winner Caddo River at +1500 and The Great One at +4000. The former is coming off a dominating victory in the Smarty Jones. He broke from the outside post in a field of seven to win under rider Florent Geroux.

He set all the fractions in the race and crossed the line 10 1/4-lengths ahead of the next runner, Cowan. Caddo River came in as the favorite, and he earned 10 Kentucky Derby qualifying points for his victory.

Because of that victory, his connections are very excited about his Derby potential, and his odds should begin to reflect that sentiment.

Also deserving of attention is The Great One. He also dominated his maiden special weight rivals to win by 14 lengths in a Jan. 23 outing at Santa Anita Park. Prior to that race, he finished second, defeated by just a nose, in the Dec. 19 Los Alamitos Futurity (G2).

Ridden by Abel Cedillo, The Great One is the son of 2016 Kentucky Derby Presented by Yum! Brands (G1) winner Nyquist. His odds have not been favorable due to him losing four straight, but the victory puts him on a better path towards the Derby.

There are some runners that are not looking too good in the Kentucky Derby futures. Todd Pletcher’s Restored Order and Doug O’Neill’s Team Merchants were two of the most impressive juvenile maiden winners at Saratoga during last summer’s meet. However, they have not recorded a work since September.

Bill Mott’s maiden winner, Speaker’s Corner, has only worked one time on Nov. 25 following his maiden win, and he has not been seen since.

Because of this, these runners are looking at worse odds. Restored Order is at +20000, and Team Merchants and Speakers Corner are both at +12500.

How to Bet on Horses

As the odds continue to change, it is important to keep track of each one to develop your strong picks for the Kentucky Derby. When betting on horses, especially for big events like the Derby, a lot can be learned in the lead-up races.

Follow the Kentucky Derby futures to get a good idea of the fluctuations of odds. If you plan to bet on many races, make sure that you have an effective bankroll management system.

By following the constantly updating odds and developing good betting habits, you will be ready to bet on the most exciting races.