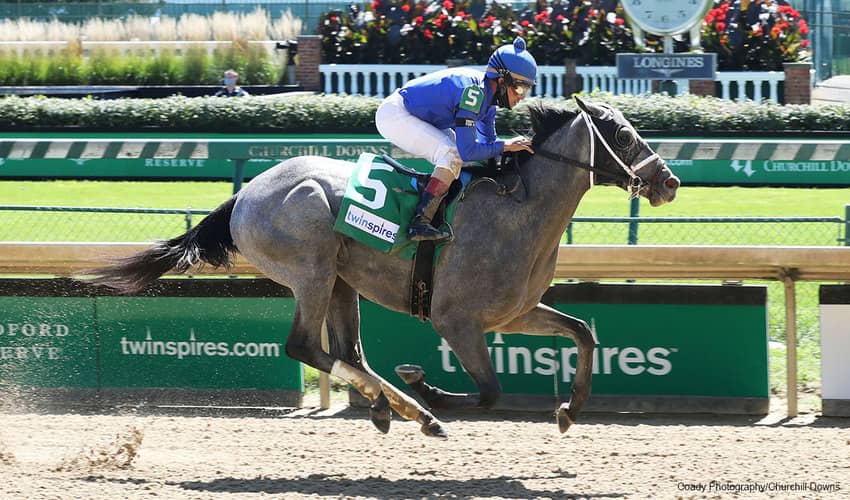 Kentucky Derby Odds Change: With the Kentucky Derby Odds Presented by Woodford Reserve (G1) just weeks out, the lead-up racing on the Road to the 2021 Derby is intensifying. Qualifying races are offering more points to the top finishers, and some of the hopeful contenders are making their late pushes.

As we move into the weekend, which is set to see more important races like the $1 million Rebel Stakes (G2), let’s take a look at the updated 2021 Kentucky Derby Odds.

Hall of Fame trainer Bob Baffert’s Life Is Good is holding strong as the current favorite at +250. The runner became the shortest-priced individual March future wager favorite in 23 years after closing at +200.

Owned by WinStar Farm and CHC INC., the Into Mischief colt has a perfect career record of three-for-three and earnings of $274,200.

He is coming off a strong victory in the March 6 San Felipe Stakes (G2) at Santa Anita Park, winning by eight lengths. He has 60 total qualifying points on the Road to the Kentucky Derby, and his final Derby prep race is expected to be the April 3 Santa Anita Derby (G1).

Godolphin’s Essential Quality is the second-choice at +350. Trained by Eclipse Award-winner Brad Cox, the Tapit colt is also undefeated. He is 4-0-0 from four outings with total purse earnings of $1,785,144.

He took his fourth win after finishing 4 1/4 lengths ahead of the next best runner in the $750,000 Southwest (G3) at Oaklawn Park on February 27. Prior to that performance, he won the January 6 TVG Breeders’ Cup Juvenile presented by Thoroughbred Aftercare Alliance (G1) at Keeneland.

The colt has a total of 40 Derby points, and his connections are targeting the April 3 Blue Grass (G2) at Keeneland.

Another one of the runners moving up the rankings is Courtlandt Farms’ Greatest Honour, sitting as the third-choice at +500. Another Tapit colt, he is trained by Claude McGaughey III.

Greatest Honour has three wins, one second, and two thirds from six lifetime starts and his earnings sit at $351,940. His most recent run was a victory in the February 27 Fasig-Tipton Fountain of Youth Stakes (G2), which followed a win in the January 30 Holy Bull Stakes (G3), both at Gulfstream Park.

His next expected race is the Florida Derby (G1) at Gulfstream Park on March 27. He will attempt to sweep the South Florida series of races at the track.

Other top names for the Kentucky Derby Odds

One of the other names making moves leading up to the Derby is Shortleaf Stable’s Caddo River at+1600. The Hard Spun colt trained by Brad Cox will run in this weekend’s $1 million Rebel Stakes (G2) at Oaklawn Park, a Kentucky Derby qualifier.

The colt is coming off a victory in the January 22 Smarty Jones Stakes at the track, and he holds the #24 spot on the Road to the Kentucky Derby leaderboard with 10 points.

*Odds are courtesy of JazzSports.ag

Make sure to check Horse Racing Tote for all the latest horse news, racing card recap, odds and results. Follow us on Social Media for instant updates