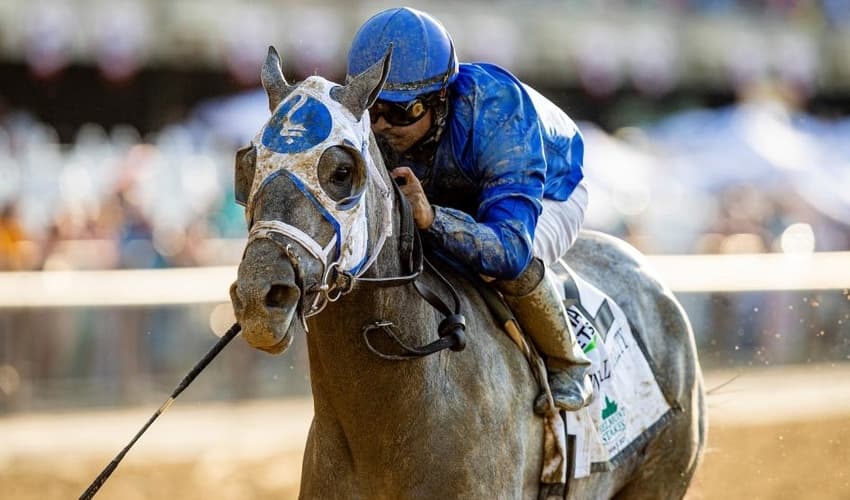 Kentucky Derby Qualifiers: The Road to the Kentucky Derby is getting increasingly competitive as more of the big races unfold. This past week has seen some runners move up and down the leaderboard, and this weekend’s races are set to cause some major shifts.

The Risen Star Stakes (G2) on Saturday will offer the most points for Kentucky Derby qualifiers that we have seen this year, with the top four finishers receiving qualifying points on a 50-20-10-5 scale.

Let’s take a look at some of the notable changes on the Road to the Kentucky Derby leaderboard:

Risk Taking was able to overcome Capo Kane in the final furlong to win by 3 3/4 lengths in the $250,000 Withers Stakes (G3) for 3-year-olds at Aqueduct Racetrack. He was coming off a maiden victory going 1 1/8 miles at the track. Risk Taking has proven to be an efficient two-turn runner. He earned 10 points with the victory, which is all he holds at this point.

Candy Man Rocket came in as the second betting choice to win the Sam F. Davis Stakes (G3) at Tampa Bay Downs. Trained by Hall of Famer Bill Mott, Candy Man Rocket is now aiming towards the Tampa Bay Derby. With his win, he also has 10 points on the leaderboard.

Despite finishing behind Risk Taking in the Withers, it still put Capo Kane at the seventh spot on the leaderboard. The runner has a total of 12 points. Ten of those points came from his dominant 6 1/4-length victory in the Jan. 1 Jerome Stakes at Aqueduct.

The Favorites: Essential Quality and Keepmeinmind

Ranking at the top of the Kentucky Derby qualifiers leaderboard is Godolphin’s Essential Quality with 30 points. Trained by Brad Cox, he won the Nov. 6 Breeders’ Cup Juvenile (G1) and Oct. 3 Breeders’ Futurity (G1) at Keeneland.

He will not hold the lead for long, however, as his next expected race is the Southwest, which only offers a maximum of 10 points.

The second spot on the leaderboard is held by Southern Equine Stables, Cypress Creek Equine, Arnold Bennewith, and Spendthrift Farm’s Keepmeinmind. The runner has a total of 18 points and is also expected to run in the Southwest. His spot should be shifting soon as well.

Smiley Sobotka finished a disappointing ninth in that race to miss out on any points.

As we move into the weekend, make sure to follow the odds and bet on the major qualifying races. The Risen Star Stakes is the top race to bet on Saturday. It is one of the most anticipated of the year up to this point.

Make sure to check Horse Racing Tote for all the latest news on the Kentucky Derby Prep Races and odds; weekend graded stakes recap and results; as well as up to the minute reports on the Road to the Kentucky Derby.