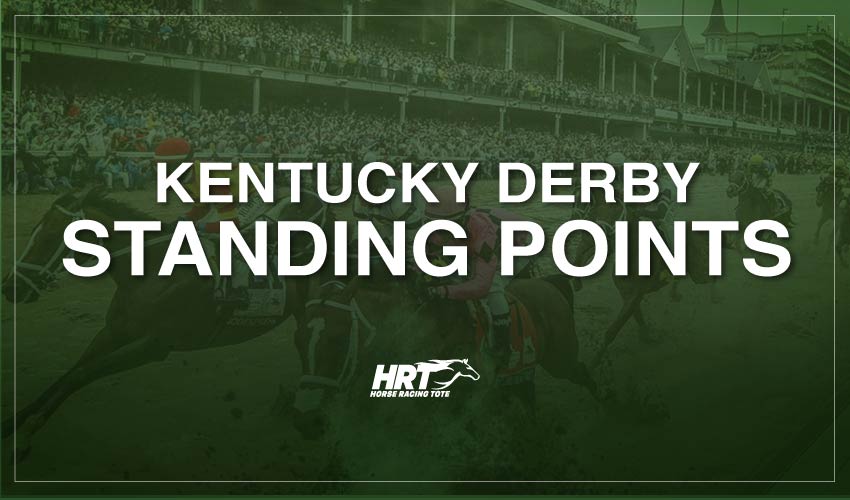 With the annual foal crop in the United States averaging around 20,000 Thoroughbred foals per year, only twenty horses or 0.001% of each foal crop will have their chance to compete in the 148th Run for the Roses.

The Road to the Kentucky Derby series features designated stakes races (September to April) as we mentioned before each of these races offers 4 points to the top 4 finishers. As the Road progresses closer to the big day, the point values offered to each race increase. Seven states across the United States (Arkansas, California, Florida, Kentucky, Louisiana, New York, and Oklahoma) host a total of thirty-five races occurring at thirteen different racetrack venues.

Starting in September (the previous year) before the KY Derby, the top two-year-olds get the opportunity to start earning points, for the first five months running up to the Kentucky Derby, the point values are maintained at a 10-4-2-1 scale.

The Road to the Derby Bonus Points

The Breeders’ Cup Juvenile race is the premier stakes race on the two-year-old calendar, due to the prestige this race doubles the points to a 20-8-4-2 basis.

Starting in mid-February with the Risen Star Stakes at Fair Grounds, points values rise drastically to a higher scale of 50-20-10-5. Seven races offer this increased point value, historically a 50 point win has been enough for a horse to make the Kentucky Derby starting gate but it is not guaranteed.
Towards the end of March starting with the Louisiana Derby, point values increase for the final time and double to a higher scale.

While seven out of the eight one-hundred-point races are offered in the United States, the UAE Derby at Meydan Racecourse in Dubai offers the same point scale. These races are considered “Win and Your In” because every horse that has earned 100 points has earned a place in the race.

The Lexington Stakes at Keeneland serves as pre-finale offering points on a 20-8-4-2 scale. It provides hopeful horses who are trying to reach the opportunity to earn some last-minute points. After this final race, horses are given three weeks to get ready for the Kentucky Derby.

Lastly a globally inclusive event, the Kentucky Derby opens a series of qualification races in Europe and Japan, the highest point earner on each Road an invitation is extended to compete in the Kentucky Derby.

Road to the Derby Current Standings

Make sure to stay tuned for the latest Kentucky Derby Odds. Check out the Horse racing entries of the World’s main tracks and don’t forget to Sign-up and get up to a 10% horse rebate. We have the biggest rebate!