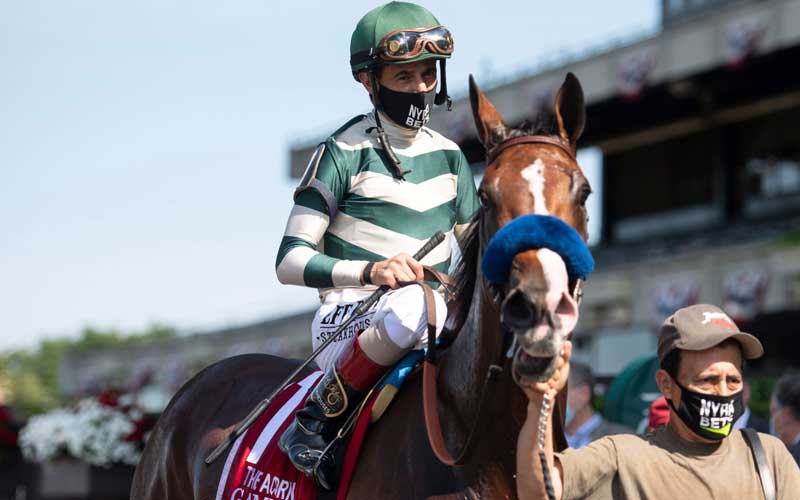 Kentucky Derby Update Gamine: Bob Baffert has become the biggest name in thoroughbred horse training, and for good reason. His horses have won more than 3,000 races – including five Kentucky Derbys, seven Preakness Stakes; three Belmont Stakes and three Dubai World Cups. However; there is one trainer – Ben Jones – with six Kentucky Derby titles; and Baffert would love to tie that record when the 2020 Kentucky Derby takes place in September.

*Don’t forget to pay a quick visit to mega-racebook JazzSports. these guys have tons of different betting pools on the Kentucky Derby; the other Triple Crown races and much more-

Baffert seemed well on his way, as Charlatan and Nadal; two of the horses in his stable this year, swept the two divisions of the Arkansas Derby. However, ankle and leg injuries (respectively) have ruled them out of the Kentucky Derby for this year.

Baffert still has three other colts who have earned points toward Kentucky Derby qualification; but another of his horses has emerged to become part of the conversation: Gamine.

Kentucky Derby Update: What About Gamine?

Gamine is a filly in Baffert’s stable; and she was originally set to run in the Kentucky Oaks instead of the signature race. However, that changed after the Acorn Stakes on June 20. In that race at Belmont Park; she set the highest Beyer Speed Figure for any three-year-old – male or female – in 2020, with a 110. Her margin of victory, 18 ¾ lengths, set a race record, as did her finishing time. Given that this race has taken place each year since 1931.

However; Eight Belles had an awful breakdown at the 2008 Kentucky Derby; and so only one filly has entered horse racing’s top race since then. Devil May Care took the starting line in 2010, and came in tenth. Baffert has had 32 horses start the Kentucky Derby all time; but the only filly that he started was Excellent Meeting. She ran back in 1999 and came in fifth. Interestingly; Baffert had another filly that year in the Kentucky Oaks – Silverbulletday; who ended up winning the race and could have put forth a big challenge in the Derby.

Here are some obstacles. First, she doesn’t have any qualifying points for the Derby. Baffert is considering entering her in the Shared Belief Stakes on August 1 at Del Mar Fairgrounds; but he has yet to make up his mind. Gamine’s owners paid $1.8 million at the 2019 Mid-Atlantic two-year-old horse training sale; so they already have a lot invested in her. Is it worth some more risk to see if she can win the roses? We’ll know soon.