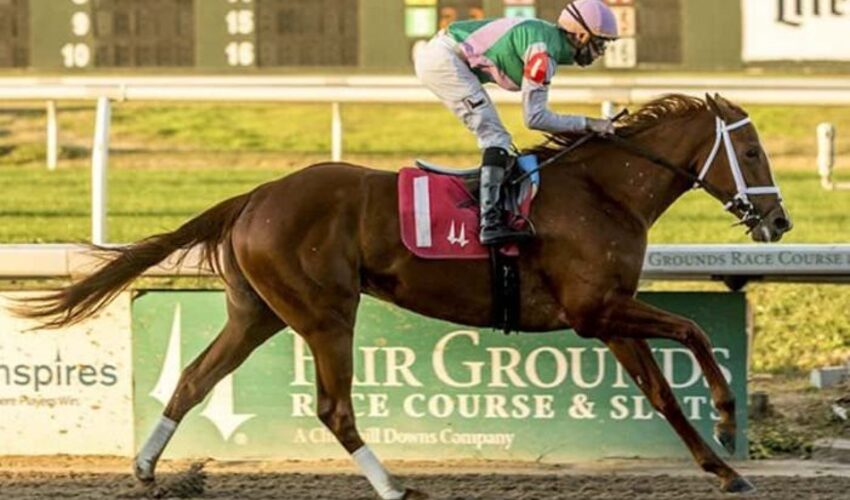 The $400,000 Risen Star Stakes (G2) at Fair Grounds Race Course & Slots is set as the last race on the six-stakes card during the Louisiana Derby Preview Day on Saturday. The 1 1/8-mile event is the highest-profile Kentucky Derby qualifying race up to this point, stay tune with all the latest odds.

The top four finishers of the race will be awarded qualifying points on a scale of 50-20-10-5. The event is considered a Kentucky Derby “Win and You’re In,” meaning the winner will most likely secure a spot in the field of 20 for the Derby.

The field of 13 is being led by Joe Peacock Jr.’s homebred Senor Buscador, who will break from post 5 under jockey Luis Quinonez. Todd Fincher trains the 3-year-old Mineshaft colt.

It only took the impressive racehorse six weeks to go from a mostly unknown maiden runner to a leading contender for the Kentucky Derby. He took a 5 1/2-furlong maiden victory on Nov. 6 at Remington.

He then went on to dominate his rivals in the Dec. 18 Springboard Mile at the track, where he won by 5 3/4 lengths.

Winchell Thoroughbreds’ Midnight Bourbon is another one of the leading entrants, breaking from post 6 under Joe Talamo. Hall of Famer Steve Asmussen trains the 3-year-old Tiznow colt.

On Jan. 16, the runner led during the entire Lecomte Stakes (G3) at Fair Grounds. During his 2-year-old season, he finished on the board twice in graded stakes races. The horse’s connections think he will only improve with the increased 1 1/8-mile distance.

Godolphin’s homebred Proxy will be looking to score qualifying points as he breaks from post 2 under John Velazquez. A 3-year-old Tapit colt, he beat maiden runners and won an allowance race in December. This year, he put in a runner-up effort in the Lecomte behind Midnight Bourbon.

One runner looking to step it up in the Risen Star is Juddmonte Farms’ homebred Mandaloun, who will break from post 11 under Florent Geroux. The Into Mischief colt finished third at odds-on in the Lecomte behind Midnight Bourbon and Proxy.

Trained by Brad Cox, Mandaloun went into that race 2-for-2 off sprint victories in Kentucky, and he will be wearing blinkers this time out. According to Cox, the runner has been running extremely well with the blinkers.

The field is full of talent and also includes Cypress Creek Equine, Arnold Bennnewith, and Spendthrift Farm’s Keepmeinnmind. Trained by Robertino Diodoro, the Laoban colt finished third to Essential Quality in the Breeders’ Cup Juvenile at Keeneland in November.

Trainer Tom Amoss has two entrants in Carillo and Defeater, both Union Rags colts. Carillo scored going a one-turn mile on Jan. 8 at Aqueduct for trainer Chad Brown before being purchased. Defeater won a six-furlong local event on Jan. 2.

Be sure to check Horse Racing Tote for all the latest news on the Kentucky Derby odds; weekend graded stakes recap and horse racing results; as well as up to the minute reports on the Road to the Kentucky Derby.

Join us at Jazzsports and make sure to stay tuned for the latest fixed horse betting odds. and racing entries.