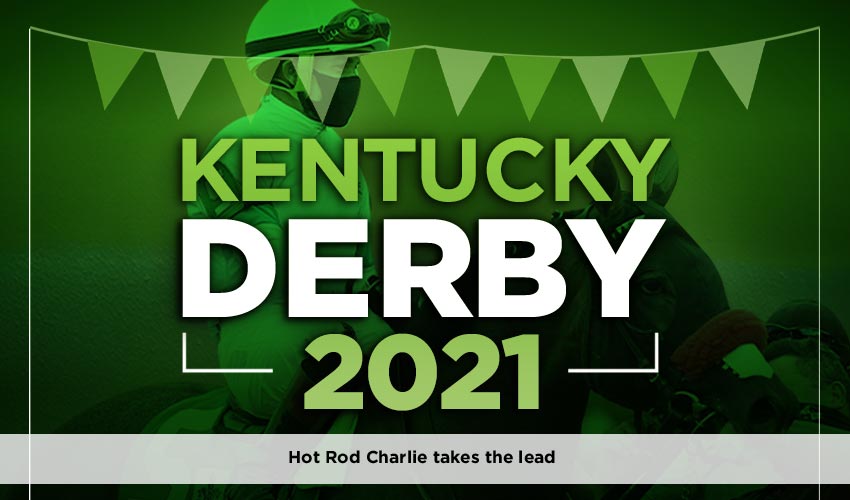 Last weekend’s racing had some big implications for the 2021 Road to the Kentucky Derby standings. With just six weeks left until the big event, the competition is heating up.

Let’s take a look at the updated Road to the Kentucky Derby with point totals:

Life Is Good Checks out from Road to Kentucky Derby

The undefeated Life Is Good was looking like a great contender on this year’s Triple Crown trail before being taken out by a hind-end injury. Set to undergo surgery on March 26, Hall of Fame trainer Bob Baffert is obviously upset over the blindside, saying that the runner “couldn’t have worked more beautifully” prior to the injury.

Asked whether or not Life Is Good could make a return for the Breeders’ Cup World Championships at Del Mar Racetrack in November, Baffert expressed no doubts.

“He’ll be ready for that, definitely,” the trainer said.

The top race over the weekend was the Louisiana Derby (G2) at Fair Grounds, which offered Derby qualifying points on a 100-40-20-10 scale to the top four finishers.

After shifting into high gear to win the Louisiana Derby, Hot Rod Charlie demonstrated himself as a serious win contender for The Run of the Roses and propelled himself to the #1 spot on the leaderboard.

He finally got it done after suffering close defeats in major stakes runs, which included a second in the November 6 TVG Breeders’ Cup Juvenile Presented by Thoroughbred Aftercare Alliance (G1) at Keeneland and third in the January 30 Robert B. Lewis Stakes (G3) at Santa Anita Park.

With a total of 110 qualifying points, he is comfortably ahead of the #2 Midnight Bourbon with 66 points. Finishing two-lengths behind the winner, Midnight Bourbon held on for second in the race to receive 40 points.

The third-place spot in the Louisiana Derby was taken by O Besos, which was an impressive performance given the fact he entered the race as a 28-1 longshot. He managed to move himself up to the #12 spot with the finish and is now deserving more attention.

Proxy had the chance to make something happen this time out, but he raced inconsistently yet again despite the addition of blinkers. The Tapit colt is slowly losing hype but is still managing to sit in the #10 spot.

Who is on the Bubble for the Road to Kentucky Derby?

Following last weekend’s racing, there are now 10 horses on the very competitive bubble trying to qualify for the Kentucky Derby, each one holding 10 points. This could go many different ways, given the remaining prep races that offer 100 qualifying points to the winner.

Next weekend could be even bigger than last, with three 100-point races set to take place. On March 27, the Jeff Ruby Steaks will run at Turfway Park, the Florida Derby at Gulfstream Park, and the UAE Derby overseas at Meydan Racecourse.

Make sure to check Horse Racing Tote for all the latest horse news, updates on the Road to Kentucky Derby, updated odds, last minute results and so much more. Follow us on Social Media for instant updates.