ROAD TO THE DERBY – JANUARY CALENDAR 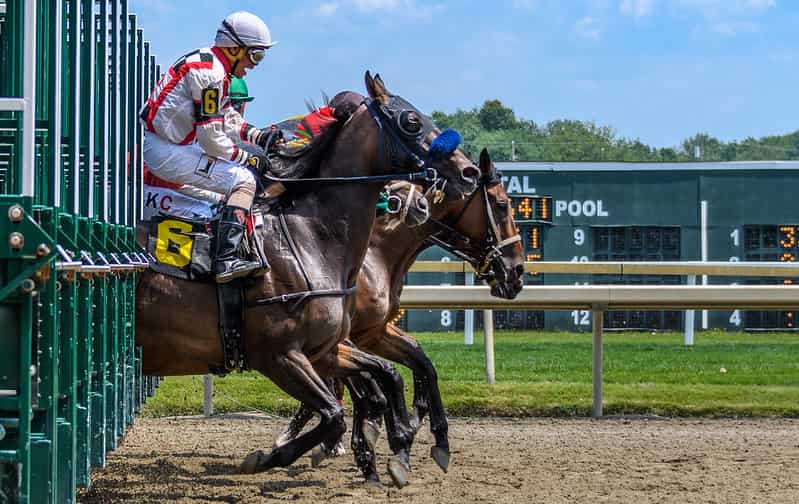 We are still very early in the Road to the Derby; with 9 of the 36 prep races in the books. As we head into the Christmas Season; several graded stakes races come before the end of the year; but we need to wait until 2021 before we get to see the Kentucky Derby hopefuls begin to pick up points.

You are going to find that the odds for the horses in the Kentucky Derby futures pool; are going to change a lot in the coming weeks and months. The top four horses right; with their points in parentheses, are Essential Quality (30), Keepmeinmind (18), Jackie’s Warrior (12), and Spielberg (12).

The points handed out are 10 for a win; 3 for second, 2 for third, and 1 for fourth, but those point values will start to rise in February and March; which is when the bigger events in the Road to the Kentucky Derby take place. The 10-4-2-1 points system is in place through the month of January; where we will have six prep races on the calendar. Let’s take a look at what’s on tap to start the year.

On January 1, we have the Jerome

Which is one of the oldest stakes races in the country. Run at Aqueduct, the Jerome became part of the prep race schedule in 2013 after it moved from Belmont Park. The following day, on January 2, the action shifts to New Orleans and the Sham Stakes at Santa Anita Park.

There is a 2-week break before we get to see the next Derby qualifying race; with that one going on January 16 at the Fair Grounds in New Orleans. The Lecomte has quickly become one of the most important races on the Road to the Derby. Next up is the Smarty Jones at Oaklawn Park, with that race scheduled for January 22. This 1-mile race first appeared on the schedule back in 2009.

The final two derby prep races in January both come on the 30th, and both are big. The Robert B. Lewis Stakes is run at Santa Anita Park, while the Holy Bull runs on the same day at Gulfstream Park. By the time we get to the end of January; the Kentucky Derby picture should start to become a little clearer. We will get into the February calendar in a later piece.