ROAD TO THE 2021 KENTUCKY DERBY 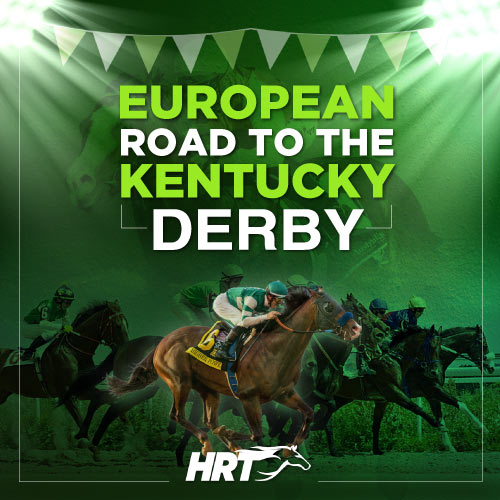 Most of the attention surrounding the 2021 Road to the Kentucky Derby focuses on 3-year-old runners from the United States. However, the $1 million Kentucky Derby Presented by Woodford Reserve (G1) will also see some entrants coming from overseas on May 1.

There are two additional paths leading up to the big race: the European Road and Japan Road.

Here is a look at some of the possible runners from each:

European Road to the 2021 Kentucky Derby

The “European Road to the Kentucky Derby Presented by Woodford Reserve” first ran in 2018. A series of seven separate races, it is not part of the U.S.’s 35-race series. There will only be one invitation granted, with preference given to those who score the most qualifying points.

There is currently a four-way tie for first, with each horse holding ten qualifying points.

La Haras de La Gousserie and Guy Pariente’s Sealiway is a Galiway colt from France. The runner is trained by Frederic Rossi, and he is 4-1-1 from seven races.

He had not run since Nov. 6, when he finished fifth in the Breeders’ Cup Juvenile Turf (G1) at Keeneland. Back at home, he scored the Oct. 4 Qatar Prix Jean-Luc Lagardere – Grand Criterium (G1) and finished second in the Sept. 6 Prix la Rochette (G2) at Longchamp.

Another one of those top four is Marcstown Thoroughbreds’ New Mandate from Ireland. Trained by Ralph Beckett, the gelding from New Bay finished all the way back in 14th last time out in the Breeders’ Cup Juvenile Turf (G1). Prior to that, he won the Sept. 26 Juddmonte Royal Lodge Stakes (G2) at Newmarket.

Japan Road to the Derby

The “Japan Road to the 2021 Kentucky Derby Presented by Woodford Reserve” started one year before Europe’s in 2017. It only consists of three races, separate from the U.S.’s series. Similar to the European path, there is only one invitation extended to those with the most qualifying points.

The current leader with 30 qualifying points is Nobutaka Tada’s La Perouse. The colt from Pelusa is trained by Kazuo Fujisawa.

He has one performance this year so far, which was a victory in the Feb. 21 Hyacinth Stakes at Tokyo. That was his only stakes race, with his other performances including a Dec. 13 weight for age victory at Nakayama and an Oct. 22 allowance win at Mombetsu.

Sitting in the second spot on the leaderboard is Alain Barows, with 20 qualifying points. The Henny Hughes colt scored his 20 points with a five-length win in the Dec. 16 Zen-Nippon Nisai Yushun at Kawasaki Racecourse.

He was undefeated going into the race and had no problem overcoming 13 rivals. In that outing, Ranryo O earned eight points for his second-place finish. Four points went to Luce d’Oro in third while two went to Taisei Again in fourth. Ranryo O is a Pyro colt that finished second to Alain Barows in the pair’s previous outing.

Make sure to check Horse Racing Tote for the latest horse news and Horse Racing Odds on the Road to the 2021 Kentucky Derby and Sign Up to racebook JazzSports.