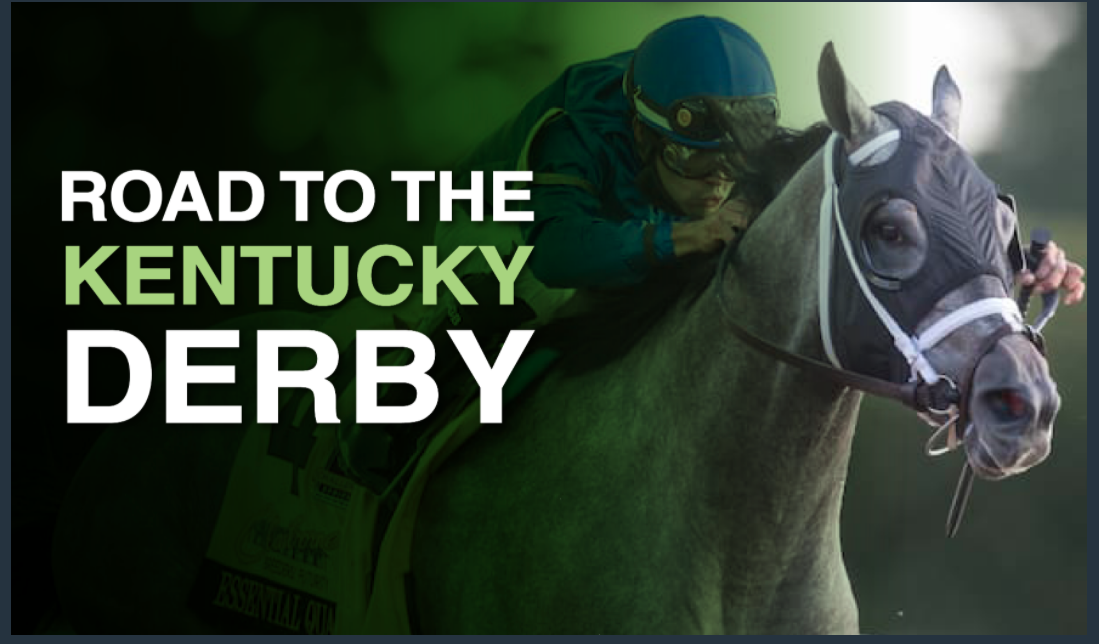 Road to the Kentucky Derby

Kentucky Derby Favorite Entries: Each weekend of Thoroughbred horse racing brings us one step closer to determining the favorites for the Kentucky Derby presented by Woodford Reserve (G1) on May 1. As more qualifying Derby races take place, awarding points on a scale to the top four finishers, the standings and odds shift.

Let’s take a look at where some of the Road to the Kentucky Derby favorites stand:

Trained by Hall of Famer Bob Baffert, Life Is Good is now the favorite among the other runners at +700. The 3-year-old Into Mischief colt has a perfect two-for-two record, and he is coming off a victory in the Jan. 2 Sham Stakes (G3) at Santa Anita.

In that outing, the runner registered a 110 Speed Figure and scored 10 qualifying Derby points, putting him in the 19th spot on the leaderboard.

Owned by China Horse Club and WinStar Farm, Life Is Good is now expected to start in the Mar. 6 San Felipe Stakes (G2) at Santa Anita. He put in a five-furlong work in 1:00.80 at the track on Feb. 15.

While Life Is Good holds the spot as the betting favorite, the Brad Cox-trained Mandaloun now sits in the top spot of the leaderboard of Kentucky Derby favorites.

Also a Road to the Derby event, the race awarded him with 10 qualifying points. He now has a total of 52.

Trained by another Hall of Famer in Todd Pletcher, Senor Buscador went into the Risen Star Stakes (G2) looking to pick up Kentucky Derby qualifying points to rise among the favorites.

The runner failed to finish in any of the top three spots as he fell back to fifth. The 3-year-old Mineshaft colt entered that race as the favorite.

All Eyes on Southwest Stakes

Attention is now turned to the $750,000 Southwest Stakes (G3) at Oaklawn Park. The race has been delayed multiple times due to weather conditions. Now set for Sunday, the race offers Derby qualifying points on a 10-4-2-1 scale to the top four finishers, helping to determine some of the Kentucky Derby favorites.

One of the probables for the Southwest Stakes is Essential Quality (+800).
Godolphin’s Essential Quality has been one of the leading names among the Kentucky Derby contenders. A 3-year-old Tapit colt trained by Brad Cox, he is three-for-three with victories in the Nov. 6 Breeders’ Cup Juvenile (G1) and the Oct. 3 Claiborne Breeders’ Futurity (G1).

He was the previous favorite and leader in the Kentucky Derby standings with 30 points.