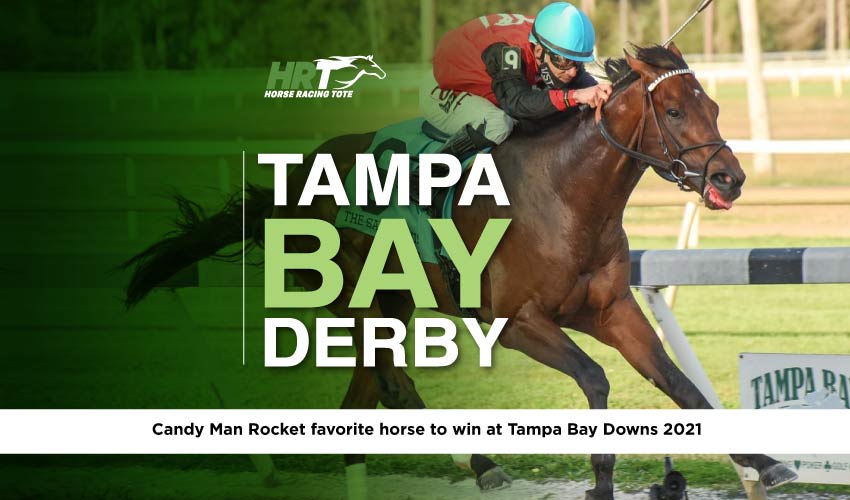 Another one of the Kentucky Derby qualifying races, the $400,000 Lambholm South Tampa Bay Derby Preview (G2); will run on March 6 at Tampa Bay Downs. The event will award qualifying points on a 50-20-10-5 scale to the top four finishers.

The race covers 1 1/16 miles on dirt and is open to 3-year-olds. It is expected to have a large field of runners.

On February 28; Hall of Fame trainer Bill Mott sent out Candy Man Rocket for a four-furlong breeze in 48 3/5 at Payson Park. He was the fastest of 36 other workouts at that distance.

He will be joined once again by jockey Junior Alvarado, who will travel to Tampa Bay from Gulfstream Park.

Another one of the probable runners among the loaded field is Albaugh Family Stables’ Sittin On Go. A Brody’s Cause colt, he is trained by Dale Romans.

Winner of the Iroquois Stakes (G3) at Churchill Downs last September; Sittin On Go will make his first start in the Tampa Bay Derby since his sixth-place run in the Holy Bull Stakes (G3) at Gulfstream on January 30.

To finish his 2-year-old campaign, he took sixth in the November 28 Kentucky Jockey Club Stakes (G2) at Churchill Downs. He also ran ninth in the November 6 TVG Breeders’ Cup Juvenile presented by Thoroughbred Aftercare Alliance (G1) at Keeneland right after his Iroquois win.

Sittin On Go will be joined by rider Corey Lanerie.

Two more of the top probables for the Tampa Bay Derby Preview are Hidden Stash and Boca Boy; the third and fourth-place finishers in the Sam F. Davis.

Owned by BBN Racing and trained by Victoria Oliver, Hidden Stash is 2-0-2 from five career starts with total earnings of $121,062.

His third-place run in the Sam F. Davis was his only start this year. At the end of 2020, he scored a November 28 allowance optional claiming victory at Churchill Downs; which followed another victory in an October 24 maiden special weight race at Keeneland.

Regular jockey Hector Rafael Diaz, Jr. will have the call in the Tampa Bay Derby.

Kenneth Fishbein’s Boca Boy also only has one start this year, which was his fourth-place finish in the Sam F. Davis.

Boca Boy will be joined by rider Antonio Gallardo.