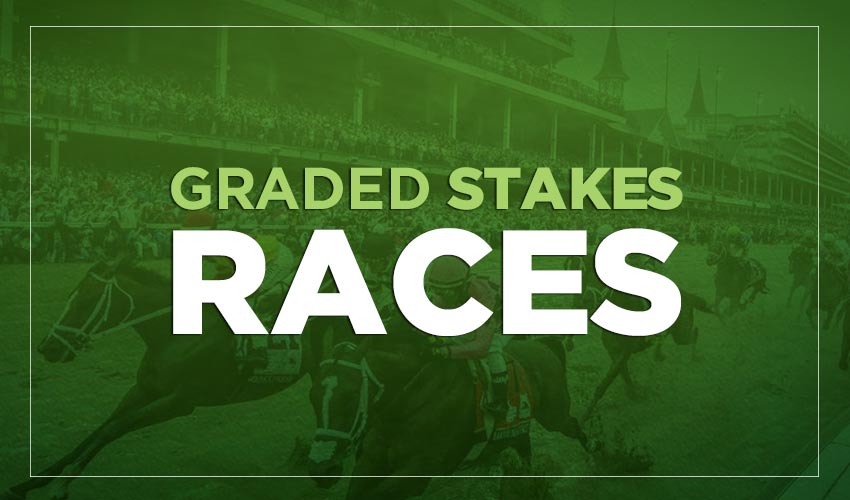 Here is a look at the top races for this weekend’s graded stakes:

The Rebel is a Kentucky Derby qualifying race, awarding points on a 50-20-10-5 scale.

The favorite coming in at 9/5 morning-line odds is Shortleaf Stable’s Caddo River. The Hard Spun colt trained by Brad Cox is coming off a victory in the January 22 Smarty Jones Stakes at the track. That race was also a Derby qualifier, offering points o a 10-4-2-1 scale.

Caddo River currently holds the 22nd spot on the 2021 Road to the Kentucky Derby leaderboard with 10 points.

Some of the other top names entered into the Rebel Stakes include Hall of Fame trainer Bob Baffert’s Concert Tour, and Keepmeinmind, who holds the tenth spot on the leaderboard with 18 points.

Another big graded stakes event will be the Azeri Stakes (G2), which will take place on the Rebel undercard at Oaklawn. The $350,000 race is open to 4-year-old and up fillies and mares, and it covers a distance of 1 1/16 miles.

The top names coming into the race are morning-line favorite Shedaresthedevil at 2/1, Envoutante, and Letruska.

Owned by Flurry Racing Stables, Qatar Racing Limited, and Big Aut Farms, Shedaresthedevil is a 4-year-old Daredevil filly trained by Brad Cox. She will be making her first start of 2021, and her career record is 5-2-3 from 11 starts with earnings of $1,293,518.

The filly’s last performance was a third-place finish in the October 4 Juddmonte Spinster Stakes (G1) at Keeneland.

The top graded stakes event of the day will be Santa Anita’s $300,000 Beholder Mile. The event is open to 4-year-old and up fillies and mares, and it covers one mile.

The race is set to include runners like Swiss Skydiver, As Time Goes By, and Golden Principal.

Most of the attention is on Peter Callahan’s Swiss Skydiver, who is making her 4-year old debut. The Daredevil filly is trained by Kenneth McPeek, and she was the winner of last year’s Preakness Stakes (G1).

The other big race at Santa Anita is the lead-up to the Beholder, the $100,000 San Simeon Stakes (G3). The race is open to 4-year-olds and up, and the field of eight will cover six furlongs on turf.

Some of the names set for the race include Cistron, Jolie Olimpica, Sombeyay, and Bob and Jackie.

Trained by Peter Miller, the Kentucky-bred Sombeyay is 4-5-0 from 16 career starts with earnings of $412,650. The son of Into Mischief is coming into the San Simeon following a fourth-place run in the February 6 Thunder Road Stakes (G3) at the track.

Make sure to check Horse Racing Tote for today’s graded stakes events, all the latest horse news, odds and results