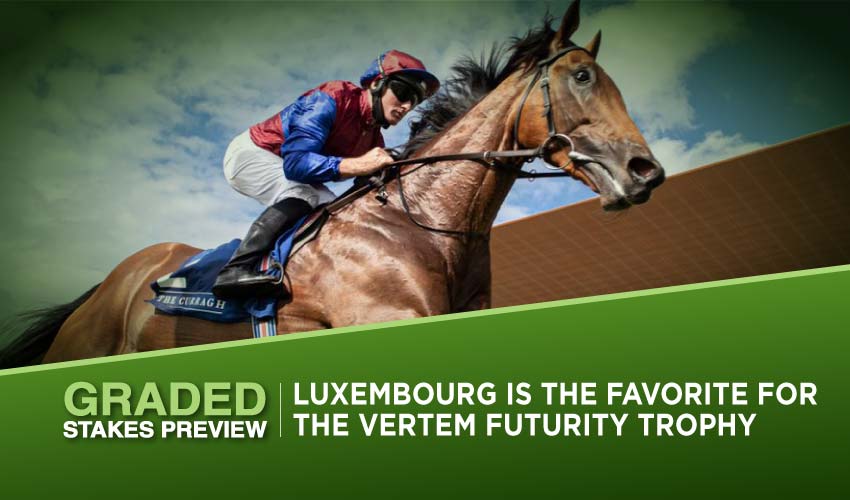 The final Group 1 race of the British season is the highlight at Doncaster on Saturday. The Vertem Futurity Trophy is always a strong guide to next year’s Classics, and ante-post Derby favourite Luxembourg and three-time winner Royal Patronage are among the leading contenders.

The top European two-year-old Native Trail is finished for the season, but such is his domination of the scene that it makes sense to look among the horses he has vanquished for the answer to Saturday’s Vertem Futurity at Doncaster.

Native Trail was a comfortable winner of the seven-furlong Group 1 Dewhurst at Newmarket, and back in third that day was Bayside Boy (8-1), who recovered from both a slow start and an interrupted run to keep on gamely in the final furlong, finishing off the race best of all.

In another 50 yards he would have been second, and the step up to a mile today should suit him well. Before that he won a Group 2 at this track over seven furlongs, again doing his best work late to pip the well-regarded Reach For The Moon by a head, and his style of running will be seen to good effect over this straight mile.

Aidan O’Brien, bidding for a record-equalling tenth success in this race, has – unusually – just one runner in Luxembourg (5-4), unbeaten in two races and Derby favourite on the strength of his dominant win in the Group 2 Beresford over this distance at the Curragh.

He was impressive there, drawing away in the final half-furlong despite running green to win by four and three-quarter lengths, and although he beat little the manner of victory left no doubt about his talent. He is a worthy favourite and a proven stayer, but has never tried soft ground and his all-conquering yard is going through a lean spell, two major concerns.

At Newmarket this autumn Royal Patronage (4-1) won a Group 2 by a neck from Coroebus, who came back next time to beat Imperial Fighter (9-1) by two lengths in a Group 3, although such a straightforward approach to form can mislead.

Coroebus ran a better race second time round, but add in the fact that Royal Patronage beat Imperial Fighter by two and a quarter lengths in a Group 3 at York in August, and perhaps that cross-referenced superiority is reliable. Royal Patronage comes here looking for a fourth straight win and is a strong galloper, another proven stayer, a big player.

Curragh maiden winner Sissoko (14-1) did that job in style by six lengths over a furlong further than today’s distance, but goes straight into Group 1 company off just a nine-day break and faces a stern test on both fronts. Mctigue (40-1) is trained by a master in Jim Bolger and broke his maiden over a mile at Leopardstown in August, but unless he has made considerable improvement behind closed doors he is only playing for places here.

Revolves around Luxembourg, but with his odds and yard form both unattractive, a chance is taken that BAYSIDE BOY can improve further for the extra distance.

Get a Daily Rebate and make sure to stay tuned for the latest Racing odds, Horse Betting Tips and Racing entries.