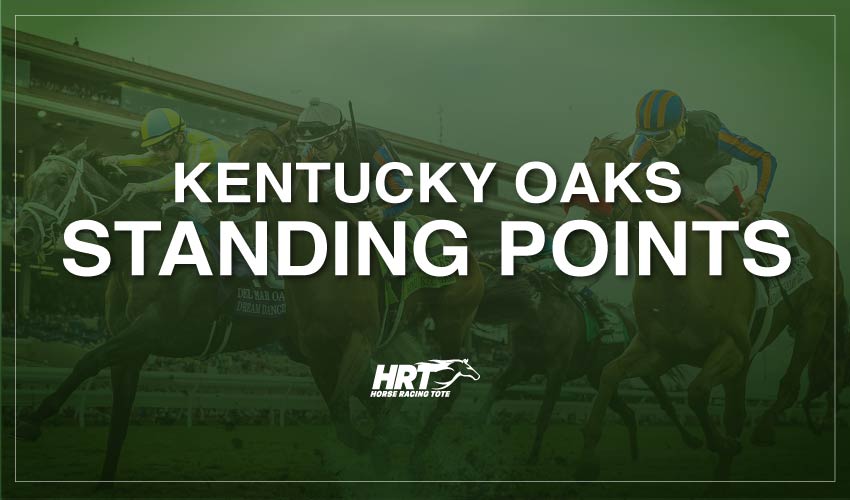 The Kentucky Oaks has been known to be a prestige and lucrative event for three-year-old fillies with a purse of $600,000 to the winner, just 14 horses are allowed in the starting game, the race currently covers 1 1/8 miles (9 furlongs) and the horses carry 121 pounds (55kg). The race is usually held on the Friday before the Kentucky Derby. Have you ever wondered what it takes for a horse to qualify for the Kentucky Oaks? We will show you the Kentucky Oaks standing points.

If any of the top 14 does not enter the Oaks, their position is given to the next ranked horses on the list. Up to 18 horses may enter the race, with the bottom four point-earners listed as “also eligible”. If any of the top 14 is scratched after entries are taken but before betting begins, the next ranked horse on the also-eligible list will be eligible to run. If two or more horses have the same number of points, the tiebreaker to get into the race will be earnings in non-restricted stakes races, whether or not they are graded. In the event of a tie, those horses will divide equally the points they would have received jointly had one beaten the other.

These prep races are divided into two categories -The Kentucky Oaks Prep Season and Kentucky Oaks Championship Series. The prep season runs through March 5th, presenting points on a 10-4-2-1basis to the top four respective finishers. The only exception is the Breeders’ Cup Juvenile Fillies which awards 20-8-4-2.

The Championship Series starts in February and holds eight races on the Championship Series schedule offering 50-20-10-5 points, six other races, which are known as the final round of major prep races, award 100-40-20-10 and one exception is the Beaumont’s 10-4-2-1 point awards. The Road to the Kentucky Oaks series points are awarded on a descending scale to the top 4 finishers in designated prep races.

The Oaks Road typically starts with the Pocahontas Stakes at Churchill Downs and it goes along through early April with more races in the most prestigious racecourses such as Santa Anita, Aqueduct, Gulfstream Park, Keeneland among others.

Make sure to stay tuned for the latest Horse Racing Odds. Check out the entries of the World’s major tracks and don’t forget to Sign-up and get a 10% horse rebate. We have the biggest rebate!