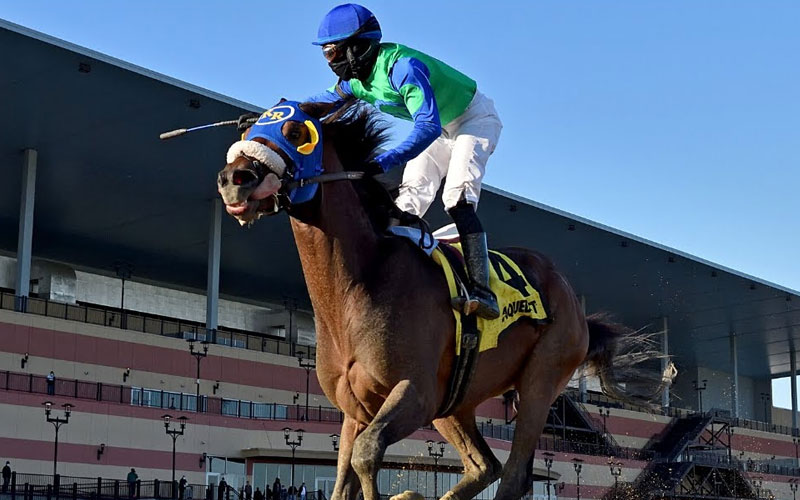 It was Swill who came into the 2021 Jerome Stakes as the favorite, closely followed by Eagle Orb. It was a big race for all 5 horses who started; as there were value points available that could vault these horses into the Road to the Kentucky Derby Leaderboard. The points were assigned to the top 4 as follows: 10-4-2-1.

It was Capo Kane who broke well and took the early lead; with Swill settling in about a half-length off the pace. By the time they hit the turn; Swill began to exert some pressure, but Capo Kane had another gear to move into. Eagle Orb also made a move, but was forced 3-wide coming home, making it tough to get up in time. Capo Kane drew away and ended up with a comfortable 2 ½ length win. The final payouts looked like this:

Capo Kane paid $15.80 for the win, but perhaps more importantly, he also picked up 10 points. The rest of the points were distributed as follows: Eagle Orb (4), Hold the Salsa (2), and Swill (1). This is sure to be a disappointment to the owners of Swill; as he was highly favored ahead of this one.

In the road to the Kentucky Derby update, Essential Quality is still the horse to catch at the top of the leaderboard with 30 points. Keepmeinmind is next with 18 points, while Jackie’s Warrior and Spielberg have 12 points each. Capo Kane drops into a group of horses sitting on 10 points; but we still have a long way to go before we get to the end.

There are two more races this weekend that count as Kentucky Derby preps. The Sham Stakes at Santa Anita has the same 10-4-2-1 points up for grabs. The Mucho macho Man Stakes at Gulfstream Park does not have points on the line; but it is still a critical prep race.

Make sure to check Horse Racing Tote for all the latest horse racing news; previews, and results, as well as up to the minute reports on the Road to the Kentucky Derby.