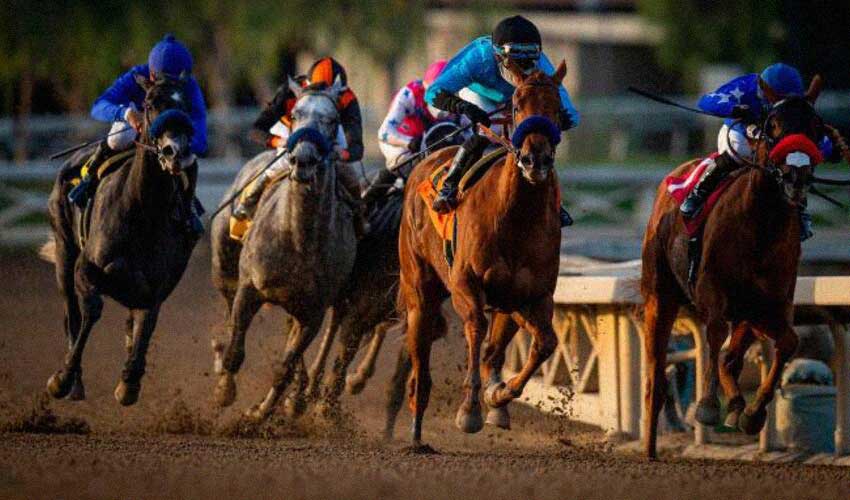 Here is a look at some of the top potential runners for the 2021 Longiness Kentucky Oaks:

Hall of Fame trainer Bob Baffert’s Kalypso is one of the leading names on the list. The filly from Brody’s Cause owned by David Bernsen, Rockingham Ranch, and Chad Littlefield is 2-3-1 from six starts.

Baffert already has three Kentucky Oaks victories, and he is looking to do it again this year. Kalypso has never finished off the board, and she is coming off a win in the Santa Ynez (G2).

Another one of the names topping the potential contenders in the 2021 Kentucky Oaks is Vequist, a champion 2-year-old filly trained by Butch Reid Jr. She won the $2 million Breeders’ Cup Juvenile Fillies (G1) by two lengths.

Vequist is the daughter of Kentucky Derby victor Nyquist and is owned by Gary Barber, Wachtel Stable and Swilican Stable.

Trained by Dallas Stewart and owned by Willis Horton, Will’s Secret secured a starting position in the 2021 Kentucky Oaks with her win in the $300,000 Honeybee Stakes (G3) at Oaklawn Park on Saturday.

She now tops the leaderboard with 60 points after the victory, which awarded her 50 qualifying points. Her other big win came at Oaklawn Park in the Jan. 30 Martha Washington Stakes.

Will’s Secret has a career record of three wins and two thirds from six starts. She has earnings of $343,300.

The impressive Into Mischief filly Dayoutoftheoffice is another top name going into the 2021 Kentucky Oaks. Trained by Tim Hamm and owned by Blazing Meadows Farm and Sienna Farm, the filly is 3-2-0 from four career starts with earnings of $556,000.

Her first three victories all came at different tracks. Those include a maiden win at Gulfstream, the Schuylerville Stakes (G2) at Saratoga, and the Frizette Stakes at Belmont Park. Dayoutoftheoffice was also the runner-up finisher in the Breeders’ Cup Juvenile Fillies (G1) last year.

Shadwell Stable’s Malathaat is a 3-year-old Curlin filly trained by Hall of Famer Todd Pletcher. Sold for an impressive $1.05 million and belonging to a top pedigree, she has a perfect career record of 3-0-0 from three runs.

Trained by Hall of Famer Steve Asmussen, Stonestreet Stables’ Clairiere is another leading contender in the 2021 Kentucky Oaks. The daughter of Horse of the Year Curlin is 2-1-0 from three career starts with earnings of $270,492.

The filly is coming off a strong victory in the Rachel Alexandra Stakes (G2) at Fair Grounds in February. She is expected to race in the Fair Grounds Oaks (G2) on March 20.

Some of the other top names on the 2021 Kentucky Oaks leaderboard include Simply Ravishing, Sun Path, Travel Column, and Zaajel.