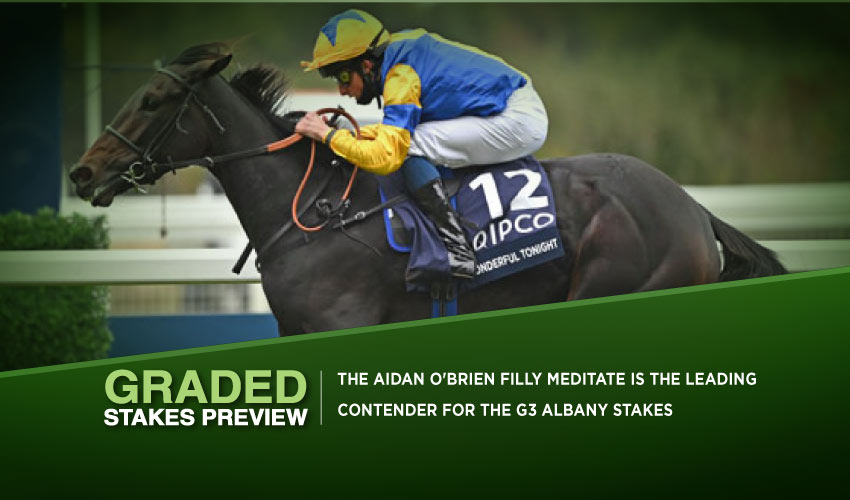 We will look at two Graded races that are on Friday’s card of the Royal Ascot meeting. Two-year-old fillies clash in the 2022 Albany Stakes (G3) with Aidan O’Brien relies on smart Meditate, and later on, he sends Changingoftheguard into the G2 King Edward II Stakes

This race for two-year-old fillies is held at the distance of six furlongs and offers the purse of £100,000. In the G3 turf event, Meditate looks like the leading chance as she’s already scored two victories. After the Aidan O’Brien bound filly bagged her debut by more than three lengths at Curragh, she tried the trip of six furlongs where she delivered as well.

Being the daughter of No Nay Never, she is quick and ready to roar at the Graded stage; still, Mawj, trained by Saeed bin Suroor could also have a say. The daughter of Exceed and Excel has recorded a single start in May when she destroyed the competition of a novice race in Newmarket. Her start creates some excitement as this bay filly is a half-sister to multiple G1 scorer, Modern Games.

David Loughnane relies on Queen Olly, that also has one start under the belt when she won by three and ½ of a length at York, while she’s another offspring of No Nay Never in the field, which always draws attention. Fully Wet is by Kodiac, also a great producer of awesome juniors; moreover, she’s trained by John and Thady Gosden, which is another reason to consider her.

The last to mention is Cathy Come Home, the Karl Burke bound filly with one experience. It was a victorious one, yet it’s necessary to say it happened at Musselburgh in the Class 5 competition.

Meditate, who is more experienced than her most serious opponents; moreover, she’s by No Nay Never – which is always a good sign.

Aidan O’Brien has an interesting chance also in this £250,000 G2 for three-year-old colts who clash at the distance of a mile and a half. In this turf race, he relies on front-runner Changingoftheguard, who scored an Epsom Derby trial at Chester, and even though he was no match for the winner of the Classic race, he came home in fifth.

He is a really powerful galloper who enjoys leading the field, and given the competition of this event isn’t as sharp as in the Epsom Derby, he definitely is a victory candidate. His most serious rival seems to be the Charlie Appleby bound Ottoman Fleet, a much more rested participant with a fine Listed victory under the belt. He’s been out just twice, so after beating in a maiden, he secured a narrow win in Newmarket.

Lysander doesn’t look bad at all, too, because he scored impressively at the novice stage, upon which he ran in a close third place in a Listed. Still, the William Haggas bound colt didn’t look like he needed another half of a furlong to shine bright. Grand Alliance has recorded a second place at the Listed scene yet was entirely outpaced in the Epsom Derby.

Dark Moon Rising bagged a triumph on the all-weather surface, while Savyy Victory couldn’t keep up both with Changingoftheguard and Ottoman Fleet when he faced them.

Changingoftheguard despite the fact he heads into the race only after 13 days.