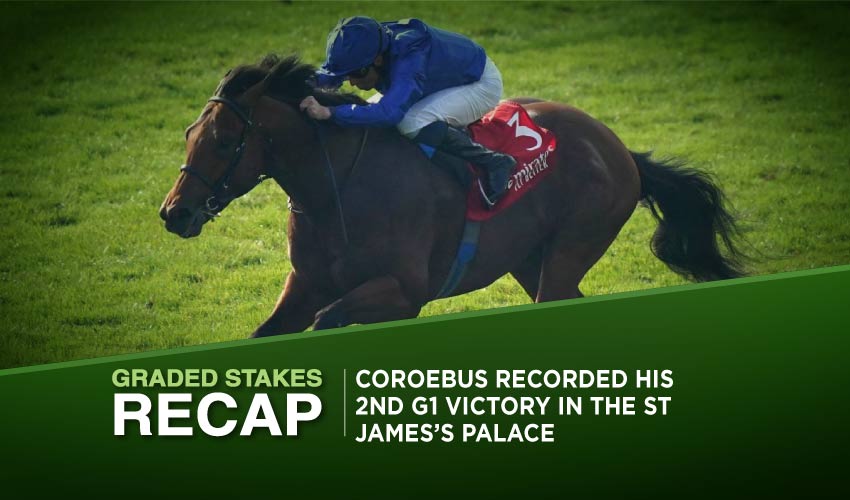 During the first day of the Royal Ascot meeting in the United Kingdom, three-year-old colts lined up for the G1 St James’s Palace over a mile, where Coroebus recorded his second G1 victory, albeit after a huge fight. Bradsell was the best of two-year-olds in the G2 Coventry Stakes, winning smoothly in front of Persian Force.

Neither of the big favorites scored this G2 turf event for two-year-olds who clashed at the distance of six furlongs. The purse of £150,000 attracted several talented specimens, including Bradsell (8-1). On the turf surface, the Archie Watson bound chestnut travelled at the far right of the field, always close to the front, and as soon as Hollie Doyle pushed him forward, Bradsell accelerated beautifully.

Quickly, he took command and cruised home basically unchallenged as Persian Force (3-1) secured second place only at the wire in front of Royal Scotsman (12-1). Bradsell won by one and a half of a length in 1m 13.02s.

The victorious son of Tasleet headed to the race with just one outing under his belt. Although he won back then by nine lengths, he faced some highly regarded colts here. Still, he was expected to run a good race, given Archie Watson definitely knows how to prepare his juniors, which once again proved true as Bradsell’s performance was breath-taking.

Royal Scotsman was the first to challenge the leaders and looked great until Bradsell attacked. In the closing stages, Royal Scotsman was weakening and lost second place to finishing Persian Force by a neck. Aidan O’Brien bound Blackbeard (5-2) started off as a favorite but couldn’t keep up with the abovementioned trio, and his finish was enough only to take fourth place.

In the company of three-year-old colts, Coroebus (10-11) was the clear leading chance; however, over the distance of a mile, he ran into a severe lack of space. In this turf G1 with the purse of £500,000, William Buick led the bay on the inside, where Coroebus was caught up in a pocket until the final stretch.

Fortunately, the big son of Dubawi made some room for himself at the fence; still, he had to dig deep to prevail in a thriller. The Charlie Appleby bound colt scored in 1m 39.42s, bettering second Lusail (28-1) by a head. My Prospero (4-1) took a close third.

After winning the 2000 Guineas in an impressive fashion, it was unavoidable for Coroebus to be the favorite of the St James’s Palace. Even though he bagged the Tuesday victory by a narrow margin, he delivered a brave and boldly run as he managed to overcome the space difficulties and also fended off four rivals that were looming large.

Lusail was prominent since the beginning and tried his best not to let Coroebus pass him, while My Prospero and Mighty Ulysses (11-2) threatened on the outside. In the final furlong, Maljoom (8-1) came out of nowhere to join the fight, and therefore, the first five colts fit into just one length when crossing the line.

Behind Coroebus and Lusail, My Prospero was third by a neck before his stable-mate Maljoom, with Mighty Ulysses dropping to fifth.