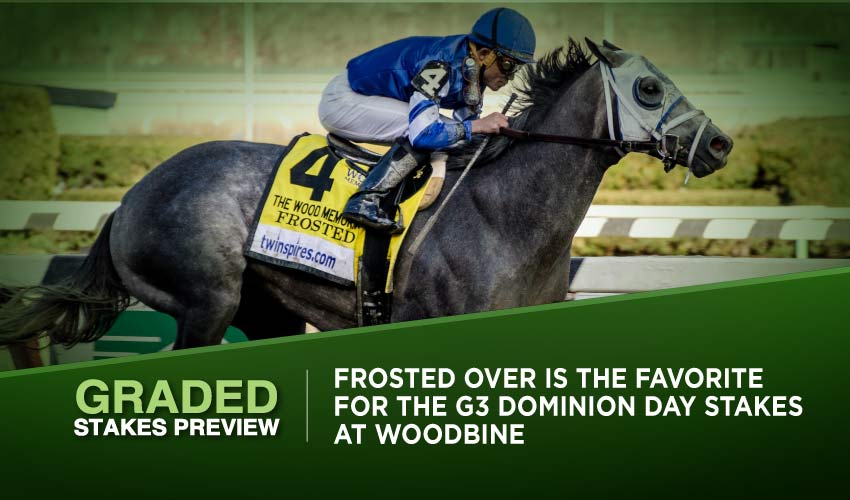 On Saturday, the Canadian race course at Woodbine offers one Graded race to witness – the 2022 Dominion Day Stakes, where Artie’s Storm will try to draw on his fine victory in the G2 Stella Artois Eclipse Stakes. Still, Frosted Over looks ready to trouble him.

The purse of $150,000 is up for grabs in this G3 race held at the distance of a mile and a furlong. On the all-weather surface, nine four-year-old and older horses line up, including the last year’s winner Mighty Heart (7-2). The five-year-old bay trained by Josie Carroll scored two black-type races and finished fourth in the G3 Ohio Derby, which was enough for him to become the best Canadian three-year-old in 2020.

During the previous season, Mighty Heart added another black-type success, followed by a triumph in the Dominion Day Stakes, upon which he collected some places at the Graded stage; moreover, he bagged the G2 Autumn Stakes. In 2022, the son of Dramedy has recorded two starts, but his seasonal debut resulted only in sixth place, and then he finished third in the G2 Stella Artois Eclipse Stakes. Back then, he carried the biggest weight of all participants; however, he just doesn’t seem to be in such a form to turn the tables on his rivals on Saturday, and thus, he’s only the third chance here.

The favorite is four-year-old Artie’s Storm (5-2), a progressive gelding trained by Paul Buttigieg. As a three-year-old, he recorded eight starts and placed third in the G3 Ontario Derby; moreover, he scored a couple of black-type events in November and December. Those were fine victories; still, he was about to make a giant leap forward in May when he commenced the ongoing season as for the very first time, Artie’s Storm showed up in the G2 company, in other words, the mentioned Stella Artois Eclipse Stakes. However, he delivered a decisive run under David Moran as he galloped in third, took command in the final stretch, and crossed the wire with the advantage of a length to second Frosted Over (2-1).

Both these four-year-olds look the primary win candidates here as Frosted Over got beaten last time out but carried more weight than the winner. On Saturday, he’ll carry considerably less; therefore, the Mark Casse bound bay could achieve his second G3 triumph. In 2021, he bagged the G3 Ontario Derby, and to be honest; he just looks like a decent Graded runner for the future.

The Listed winner War Bomber (15-2), is about to hit the track for the first time in 2022, and even though he failed to impress in any of his Graded attempts, he could snatch up a good place here. Six-year-old Skywire (11-2) has bagged two G2 wins throughout his career and recorded only two outings in 2021. His seasonal debut resulted in a victory in an Allowance race, suggesting he might be able to catch some of his Saturday rivals off guard.

Our pick for the Dominion Day Stakes is Frosted Over, who ran a great race in the Stella Artois Eclipse Stakes, and because he’ll have a big weight advantage over Artie’s Storm, he could turn the tables on him.

Follow us on Social Media for 2022 Dominion Day Stakes updates!