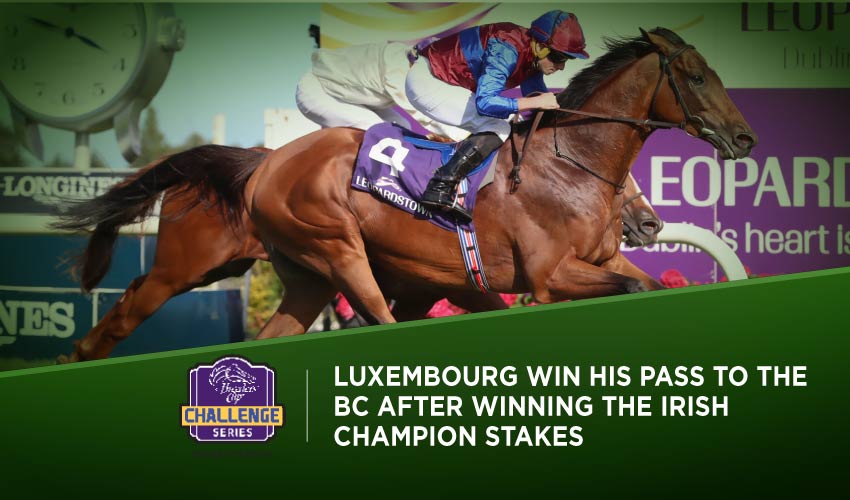 With the sad news of the death of Queen Elizabeth, all British racing was canceled on Saturday 10th September. With the St Leger moved to Sunday the 11th, all eyes became fixed on Leopardstown and Irish Champions Day. There were two races that headlined the card, the Irish Champion Stakes and Matron Stakes. Here is everything that happened.

One of the biggest and most prestigious races on the British and Irish racing calendar is the 2022 Irish Champion Stakes where seven horses lined up for their shot for glory. Due to the fantastic first-place prize, it wasn’t a surprise that some of Europe’s finest wanted to take the prize back overseas, and the favorite for the race was the French-trained Vadeni.

With a host of Group One winners on display, the race was always going to be a briskly run affair and it was the Aiden O’Brien-trained Stone Age who jumped into the early lead.

With the rest of the field happy to let Stone Age dictate the early fractions, the order would remain largely unchanged until the riders hit the furlong pole.

With the closing pack bunching up on the long-time leader, it was the pair of Luxembourg and Onesto that first swept past. Stealing a march on the rest of the field, the two went stride for stride and it was clear the winner would come from one of these two horses.

With just a couple of hundred yards to race, the two still couldn’t be separated but showing his class, Luxembourg dug deep and squeezed out a little bit more as he crossed the line in first and won the biggest prize of his career.

At a big price, Onesto ran a huge race to finish second with favorite Vadeni finishing a never nearer third.

One of the most competitive races of the day looked set to be the Matron Stakes which saw nine horses head down to post. Many pundits believed this would be a match between two fillies at the top of their game, Saffron Beach and Homeless Songs.

Paddy Twomey has established himself this season as one of the premier Irish racing trainers and had other ideas.

His mount Pearls Galore has had a busy season but headed into the race as a Group 2 winner and was a horse who had more than just an outside chance.

Bounding out of the gates, Pearls Galore jockey William Lee was happy to take his mount right to the front of the field and dictate the early fractions.

The field was happy to let Pearls Galore bound out in front, but that mood quickly changed as the field hit the furlong pole. Expecting Pearls Galore to come back, she instead kicked further clear and had all of her rivals hard at work.

Saffron Beach tried to close the gap but Pearls Galore kept on finding for pressure, pulling further and further clear of her rivals. In the end, it was a comfortable success, marking this out as the biggest victory in Pearls Galore career and one of the best results for her trainer.

Saffron Beach would have to be content with a second-place finish, whilst Tenebrism would run on to capture third from the disappointing Homeless Songs.