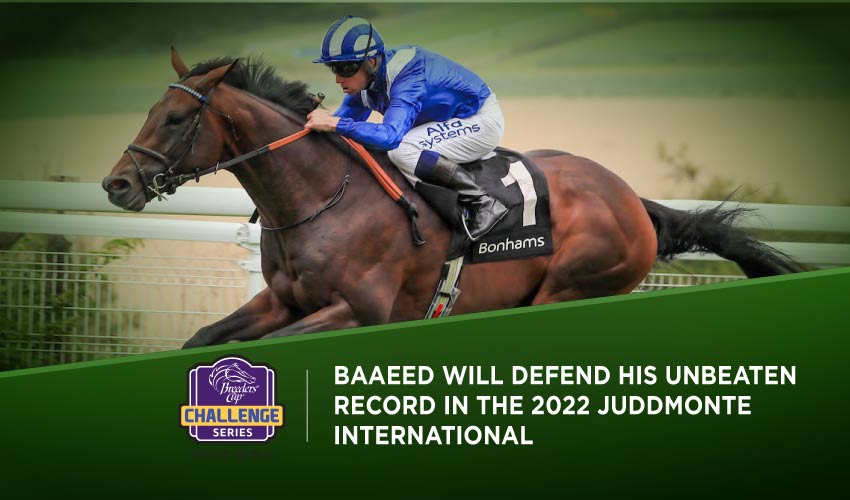 This week, several of the UK and Ireland’s biggest trainers will gather on the famous Knavesmire for this year’s Ebor Festival. Here we preview three exciting races from the first day, the Acomb, Voltigeur and 2022 Juddmonte International.

The headline race of day one is the 2022 Juddmonte International where all eyes will be focused on Baaeed. Rated as the best horse in the world, Baaeed will defend his unbeaten record at a brand new trip after stepping up from a mile.

Looking to emulate the great Frankel, Baaeed is looking to win the Lockinge, Queen Anne, Sussex Stakes and Juddmonte all in one season to earn another place in history.

Six horses will be trying to dent Baaeed’s unbeaten record and the most likely danger looks to be Mishriff. Trained by Jon and Thady Gosden, Mishriff is without a win in any of his three starts this season but was a devastating winner of this race last year. If anybody can take advantage of a lack of stamina from Baaeed it could be him.

Charlie Appleby has made it a habit of winning big races and in Native Trail he will be hoping to land another huge prize. A winner of the Irish 2,000 Guineas he will have every chance.

William Haggas has almost half of the field and in Alenquer he has a horse that could play the role of spoiler. A classy horse on his day, he won the Irish Gold Cup earlier in the season. Something was clearly amiss in the Coral Eclipse and he will hope to bounce back here.

Aidan O’Brien has won this race six times  and will take his chance this year with High Definition. A former favourite for the Derby, things haven’t quite clicked for this relentless galloper. Clearly highly thought of, this could be the day where it finally all comes together.

Despite taking on some top class rivals, the move to one mile and two furlongs looks a wise step for Baaeed. He has always looked like the extra distance will play to his strengths and he will be the horse to beat.

At the time of writing six will head to post for this year’s Voltigeur.

Current favourite for the race is the Charlie Appleby Secret State. A winner of his last four races, it’s easy to see why Secret State leads the betting. This will his first foray into graded company and despite heading into the race in red-hot form he will need to produce another career best to emerge on top.

Hot on the heels of Secret State in the betting is the Aidan O’Brien trained Aikhal. O’Brien hasn’t won this race since 2016 and has a good chance of setting the record straight here. A winner of his last start which was in Grade 3 company, he won that race convincingly and there could be plenty more to come.

James Ferguson is looking to cause a splash and in Deauville Legend he has a live contender. A winner of the Grade 3 Bahrain Trophy Stakes earlier in the season, this is certainly a race he could win and at a decent price he could be the value play of the race.

Rounding off the top four in the betting is another Charlie Appleby trained horse, Walk Of Stars. Highly tried, he found Group 1 company far too hot, but bounced back with a decent third place finish in the Bahrain Trophy Stakes which was won by Deauville Legend. He narrowly missed out that day and could reverse that form here.

This could be the race of the day all of the runners in the race will believe they can win. Secret State has shown what a good horse he is, but this will be his toughest race so far. Aikhal could be the one to be on and as a previous winner at this level he is our pick to win.

The first graded race of the day comes in the Acomb Stakes where nine horses will try and take this famous Grade 3 prize home.

Charlie Appleby is hoping to have a superb day and has the favourite for another race.

Local Dynasty has only had the one start but won his maiden impressively and looked to have plenty in hand. With so many horses capable of improving there is value to be found elsewhere but he could be a really special horse.

Mill Stream for Jane Chappel-Hyam has had two career starts and was only just denied a second consecutive win last time out. He could be vulnerable to an improver but his experience could prove to be invaluable.

Andrew Balding has long been regarded as one of the best trainers in the UK and he looks to have a talented horse on his hands in the shape of Chaldean. A winner of one of his two starts, he was impressive last time out and looks a viable contender here.

Hectic could be a horse that could be anything. He battled hard to win his one and only career start but showed an abundance of talent. With improvement on the cards he could be one to back at a big price.

Trainer Mick Callaghan will be hoping to take this year’s Acomb back across the Irish Sea with his runner Indestructible. An impressive winner a few weeks ago at Windsor he will be looking to back that performance up with another big run here. At a huge price he could be more than capable of having a big say in proceedings.

This is a race that could easily throw up a few surprises but in Local Dynasty we could have a new superstar on our hands and despite dangers lurking from all over, we will back the Charlie Appleby horse to win his first graded contest.

Follow us on Social Media for more 2022 Juddmonte International updates!