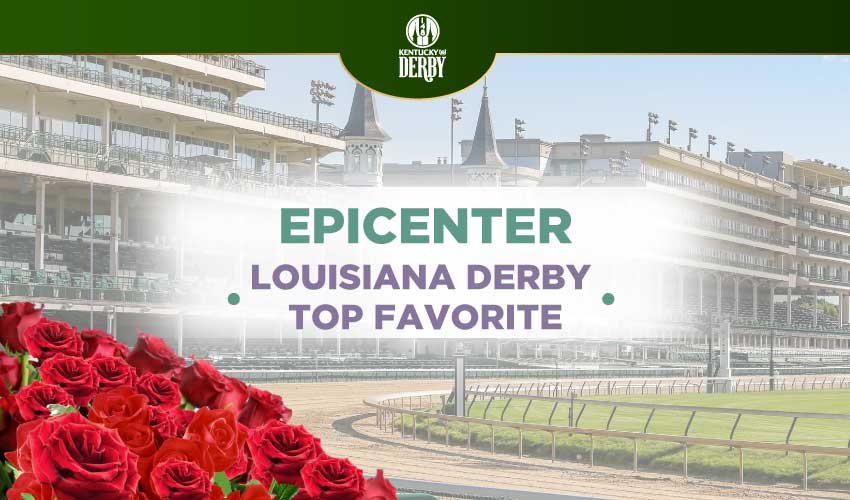 There are Triple Crown clues all over the feature races at the Fair Grounds on Saturday, with trainer Steve Asmussen sending out the favourite for both the G2 Louisiana Derby and the G2 Fair Grounds Oaks. Epicenter takes on Call Me Midnight and Rattle N Roll in the colts’ race, while last year’s champion juvenile filly Echo Zulu makes her eagerly awaited reappearance in the distaff contest.

The most prestigious, most influential Kentucky Derby trials begin here with the Louisiana Derby, the highlight at the Fair Grounds on Saturday that offers Road to the Kentucky Derby points on a 100-40-20-10 breakdown, meaning that even the runner-up is highly likely to claim a place in the gate at Churchill Downs in six weeks’ time.

The standout in this mile-three-sixteenths prep – a longer distance than any of the runners have so far tried, adding a critical factor to the mix – is Epicenter, who is already assured of a place in the Kentucky Derby following his victory in the G2 Risen Star here over a mile-eighth last month. Epicenter likes to go from the gate and was impressive in a thoroughly dominant performance, getting an easy lead and driving clear before being eased down to keep his margin over Smile Happy down to two and three-quarter lengths.

He’ll be on the lead again today, as he was in the G3 Lecomte here over a mile-sixteenth in January only to be run down in the last two jumps and beaten a head by longshot Call Me Midnight, who came out of nowhere to grab the dollars.

No doubt Call Me Midnight, who hasn’t been seen since, will be a dangerous rival again, but Epicenter was pressured in front in the Lecomte and the pace scenario is crucial to today’s outcome. If Epicenter gets his own way out there, he’ll be tough to pass.

Risen Star fourth Pioneer Of Medina was making his stakes debut, and chased Epicenter all the way around the track before dropping two places in the last sixteenth, being beaten three and a half lengths. That indicates he may not want today’s extra distance, but it was his first time in the big league and the experience should help to move him up as long as the distance concern is not fundamental.

This represents a recovery mission for Rattle N Roll, who won the G1 Claiborne Breeders’ Futurity at Keeneland before injury ruled him out of the Breeders’ Cup. He returned from a five-month layoff in the G2 Fountain of Youth at Gulfstream Park and was third-choice in the mutuel pools, but he was never out of the mid-division and rolled in a disappointing sixth behind Simplification. He’s capable of better, as we’ve seen, but he has plenty to prove today.

Galt unseated his rider in an incident on the turn in the Fountain of Youth, although he was in last place at the time and unlikely to be involved at the business end. Prior to that he ran fourth in the G3 Holy Bull, also at Gulfstream, and although he figures to be somewhere near the pace early he may need an easier spot.

There has been plenty of chatter about Zozos, who is unbeaten in two and tore an allowance optional claimer apart at Oaklawn Park last time, sprinting clear from the turn to win by more than ten lengths. The potential is there for all to see and today’s extra furlong may not be an issue.

As a left-field option he appeals more than Kupuna, winner of a maiden at Oaklawn Park over a mile before chasing home the progressive Cyberknife in an allowance optional claimer here over a mile-sixteenth, giving best by three lengths.

Our 2022 Louisiana Derby betting pick is:

This may be a case of not overthinking the situation, as EPICENTER is the clear choice on form, goes very well at this track, and should again be able to control the race from the front.

Steve Asmussen, trainer of Epicenter, could be in for a banner afternoon as he also has the overwhelming favourite in the Fair Grounds Oaks, a major prep with a 100-40-20-10 points breakdown on offer on the ‘Road to the Kentucky Oaks’.

The horse in question is champion juvenile filly Echo Zulu, who is unbeaten in four and towers over her rivals on form after G1 wins in the Breeders’ Cup Juvenile Fillies at Del Mar, the Frizette at Belmont Park and the Spinaway at Saratoga.

She blew them away in California, going gate-to-wire and cruising home unchallenged by five and a quarter lengths, with G3 winner Hidden Connection beaten 13 and a half lengths into fourth and G1-placed Sequist a nose further back in fifth.

Obviously there’s a near five-month layoff to consider, but unless Echo Zulu has regressed through the winter then the race looks at her mercy on her way to bigger things. At her morning-line odds she isn’t a betting proposition, though, and the puzzle is to find a filly to hit the board at decent odds.

The only other runner with stakes-winning form this year is Turnerloose , who upset the applecart at 17-1 when winning the G2 Rachel Alexandra over course and distance last month, her first start on the main track after showing fair form in four runs on turf.

There seemed no fluke as she dug in to lead close home and win by a half-length, just a filly ignored in the pools owing to the switch in surface. Hidden Connection was three and a half lengths back in fourth.

The remaining pair make their Graded-stakes debut today. Favor is two-for-three after easily winning an allowance optional claimer over a mile at Gulfstream Park, and natural improvement would put her in the mix to hit the board. Bernabreezy, who took the bronze medal in a stakes here over an extended mile, made it back to the winner’s circle in an allowance optional claimer over course and distance last time, doing it comfortably by two lengths with Sequist another length and a quarter back in third.

Echo Zulu is almost certainly going to win, but the test is to find one for the exacta and TURNERLOOSE fits the bill after a G2 win over course and distance on her first start on the main track.

Make sure to stay tuned for the latest Horse Racing Odds. Check out the entries of the World main tracks and don’t forget to Sign-up and get a 10% horse rebate. We have the biggest rebate!