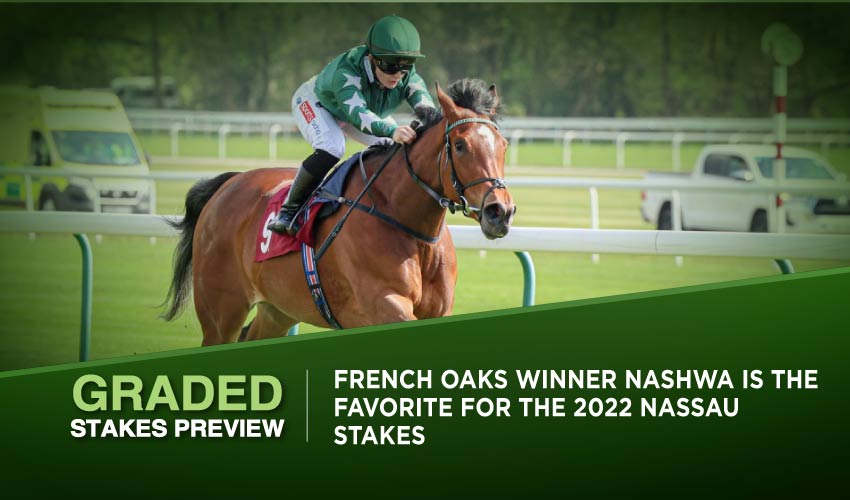 On Thursday, the Glorious Goodwood festival continues with another G1 race, the 2022 Nassau Stakes, open to three-year-old and older fillies and mares, where Nashwa looks ready to add another big one to her resume. Two-year-olds then head into the G2 Richmond Stakes, while three-year-old stayers meet up in the G3 Gordon Stakes, including the Epsom Derby second Hoo Ya Mal

Nine two-year-old colts and geldings line up for this G2 turf race held at the distance of six furlongs. The purse of £150,000 attracted especially Royal Scotsman trained by Paul & Oliver Cole, who has three starts under the belt.

He started his career with a fourth place but delivered a promising run in the Class 4 race for novices, bettering his rivals by at least five lengths. Last time out, the son of Gleneagles climbed to the G2 company as he was aimed into the Coventry Stakes over six furlongs. Back then, Royal Scotsman finished third, and even though he lost second place in the last strides, he gave a fine effort as he also left Blackbeard behind.

On Thursday, he’s the leading chance to score this G2 feat, with Chateau being the main threat. Trained by Andrew Balding, the chestnut colt bagged Class 2 event in May, upon which he snatched up a solid fourth place in a Listed company, in other words, in a competitive field of 24 two-year-olds. In July, Chateau proved his talent when decisively winning a Listed over six furlongs in Newbury.

Regarding the rest of the field, only Crispy Cat have shown enough class to impact the Richmond Stakes as he recorded two-second places at the Listed stage and finished third in a G2. He was quite disappointing in the next G2 outing in Curragh, but deserves another chance.

There are some contestants here with only debuts under their belts, which is the case of Marshman and Al Karrar, and they might spring a surprise on Thursday; however, they achieved their successes in Class 5 at smaller tracks.

Royal Scotsman, whose performance at the G2 stage was promising; however, Chateau looks like a dangerous rival

The purse of £200,000 lured in ten three-year-olds who are about to cover the distance of a mile and a half. On the turf surface, New London is the favorite in this G3 event, and even though the former Epsom Derby candidate seemed to have lost his sparkle in spring, he should be able to shine on Thursday.

The Charlie Appleby bound colt bagged his 2021 debut, then continued in a similar fashion in 2022 as he easily scored in Class 4; however, he then bumped into brave Changingoftheguard in the Chester Vase. The Derby-trial resulted in second place for New London, upon which his team dropped the Epsom Derby as their goal and let the son of Dubawi rest for some time as he hit the track again in July when he triumphed in a Class 2 handicap.

Such a performance hinted he’s in form and ready to try the G3 company for the second time; still, his only defeat occurred over the staying distance, so Hoo Ya Mal definitely is a proper rival here. The George Boughey trained colt showed some talent as a junior, and despite the fact he placed at the G3 and Listed stage in 2022, he was a real outsider of the Epsom Derby.

In June, the son of Territories ran a blinder, though, losing only to favorite Desert Crown and beating everybody else back then. There are some doubts whether the result wasn’t just a fluke, but if Hoo Ya Mal gives a similar effort, he may record his premiere G3 victory.

West Wind Blows and Grand Alliance also showed up in the Epsom Derby but didn’t impact it at all. The former finished ninth; his following outing in the Listed company still resulted in an impressive win by more than nine lengths.

Grand Alliance crossed the wire in eleventh in Epsom and then lost by a short head in a G2 race, getting bettered by Changingoftheguard. He could be the black horse of the race, while Deauville Legend is the last to mention due to his recent G3 success.

Hoo Ya Mal because his effort in the Epsom Derby was excellent and defeated better horses than New London did last time out.

Nine three-year-old and older fillies and mares will clash in this G1 turf event held over a distance of a mile and a quarter. Vying for the purse of £600,000, three-year-old Nashwa is the crystal clear first chance here, thanks to her fine victory in the French Oaks.

The John & Thady Gosden trained bay scored a Listed in May and then finished a gallant third in the Epsom Oaks. Her class is obvious, and because Thursday’s trip should suit her, the daughter of Frankel looks ready to prevail.

In terms of other three-year-old participants, Concert Hall piques some interest; still, her form doesn’t look to be enough to impact the 2022 Nassau Stakes as the main rivals for Nashwa come from the ranks of four-year-old fillies.

The William Haggas bound Lilac Road reached her last year’s maximum at the Listed level, followed by second place in a G3, but in the ongoing season, she scored the G2 Middleton Fillies’ Stakes. It was a promising result; thus, on Thursday, she is respected alongside Ville de Grace, who bettered Lilac Road in the mentioned G3 event.

Last time out, she managed only fourth place behind her rival; still, she finished second in the G2 Dahlia Stakes just a nose behind five-year-old Dreamloper, a subsequent winner of the G1 Prix d’Ispahan. However, also Dreamloper hasn’t been that straightforward in the 2022 season, given she was only sixth in the G1 Pretty Polly Stakes in June.

Nashwa, thanks to her gutsy performance in the French Oaks.

Follow us on Social Media for more 2022 Nassau Stakes updates!