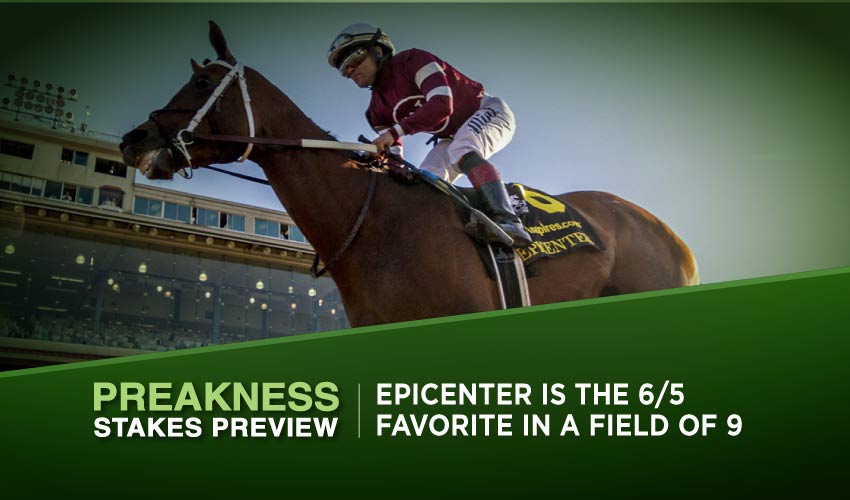 There will be no Triple Crown winner this year, but the G1 2022 Preakness Stakes at Pimlico on Saturday is no less fascinating for that omission. The Kentucky Derby runner-up and fourth Epicenter and Simplification bring class to the race alongside likely front-runner Early Voting and Kentucky Oaks winner Secret Oath, who gives the race an added dimension as a filly taking on the colts.

More often than not the Preakness, the second jewel of the Triple Crown run at Pimlico on Saturday, is all about the Kentucky Derby winner. It would have been this year too until the slightly surprising defection of Rich Strike, who had upset America’s greatest race at 80-1 two weeks ago, so now the focus falls firmly on the horse he so memorably beat at Churchill Downs.

The Derby favourite Epicenter is favorite again for this retrieval mission, and he brings heavyweight credentials to the table. Having previously won the G2 Risen Star and the G2 Louisiana Derby – both at the Fair Grounds – he was arguably the most solid candidate for the ‘Roses’ and so it transpired, because Epicenter was the best horse in the race everywhere but the line, where he was blindsided by the rail run of Rich Strike and beaten three-quarters of a length.

He had the tactical speed to sit in behind a breakneck gallop, the change of gear required to make a mid-race move, and the power to turn back the sustained challenge down the lane of the high-class G1 winner Zandon. He had the race won . . . until Rich Strike sneaked up and sandbagged him.

The pace scenario here will not be so unrestrained and the smaller field should eliminate any fears of a difficult trip, and if Epicenter runs the same race as he did in the Derby then he has an outstanding chance of gaining a little compensation.

The Preakness speed is likely to come from Early Voting, barnmate of Zandon and a freewheeling sort who led at every call when winning the G3 Withers at Aqueduct, and very nearly went gate-to-wire in the G2 Wood Memorial back at the Big A before being hooked close home and beaten a neck by subsequent Derby fifth Mo Donegal.

Early Voting is unlikely to get loose on the lead but he is a tenacious colt who is hard to pass, although the extra sixteenth of a mile here is unknown territory and he could again be vulnerable to a strong finisher. He was taken off the Derby trail owing to his relative inexperience but this much more conventional contest won’t make the same demands on him, and trainer Chad Brown won the Preakness five years ago with a similar type in Cloud Computing.

Kentucky Derby fourth Simplification got into the race too late to have a say in the outcome, picking up the pieces after the pace burn-up and crossing the line three and a half lengths behind the winner. He had shown himself to be a versatile and talented colt when a decisive winner of the G2 Fountain of Youth at Gulfstream Park and later third in the G1 Florida Derby at the same circuit, and he’ll be closer to the pace here.

He’s in danger of being slightly underestimated – that Derby run was an excellent display – and it would be no surprise to see him maintain that level of performance.

The real wildcard here is the filly Secret Oath, who was very impressive when powering clear to win the G1 Kentucky Oaks at Churchill Downs by two lengths, stamping herself as the best of her sex. Fillies have won the Preakness in recent years – Swiss Skydiver two years ago, Rachel Alexandra in 2009 – and there’s no doubt Secret Oath merits an opportunity to do the same.

However, she was only third in the G1 Arkansas Derby at Oaklawn Park on her previous start against males, looming up with every chance before flattening out through mid-stretch, and although runner-up Barber Road ran very creditably in the Derby, finishing sixth after running through beaten horses, the form of that race is not notably inspiring. This will be tough for Secret Oath but her presence adds an enormously intriguing slant to the race.

Victory for any of the remaining five runners would be a surprise, although obviously not quite of Rich Strike proportions. The least exposed of the new shooters is Creative Minister, who goes straight in at the deep end on his stakes debut after winning an allowance optional claimer over a mile-sixteenth at Churchill Downs on Derby day. He won going away and can be expected to move up on what will be only his fourth outing – the same profile as Early Voting – but he’s up against some big-hitters now, and will have to learn fast.

Wood Memorial third Skippylongstocking has already run nine times but is zero-for-three in stakes, and although the Wood indicated improvement there’s no obvious reason why he should now make up the three and a half lengths he has to find with the progressive Early Voting.

The west-coast shippers Happy Jack and Armagnac are closely matched on the evidence of the G1 Santa Anita Derby, in which they ran third and fourth with a neck separating them, although it must be noted that they were ten lengths behind the runner-up Messier. Happy Jack went on to run 14th in the Kentucky Derby, making no show whatsoever after a slow start, while Armagnac was a dominant all-the-way winner of an allowance optional claimer at Santa Anita a fortnight ago. He is a likely pace factor but without the class to make it stick.

The prospects of Fenwick are easy to ignore, a Tampa Bay Downs maiden winner who finished plumb last in the G1 Blue Grass at Keeneland, and it might be said that he has no chance. However, Rich Strike has recently shown us that no horse has no chance, and the few Fenwick bettors will have their fingers crossed for another miracle.

His performance when runner-up in the Kentucky Derby would have won the race nine times out of ten, and EPICENTER can gain deserved compensation in this less competitive contest

Stay tuned for the latest Preakness Stakes Odds. Check out the World’s major Racetrack entries and don’t forget to Sign-up and get up to a 10% horse rebate. We offer the best promotions

Follow us on Social Media for instant 2022 Preakness Stakes updates!