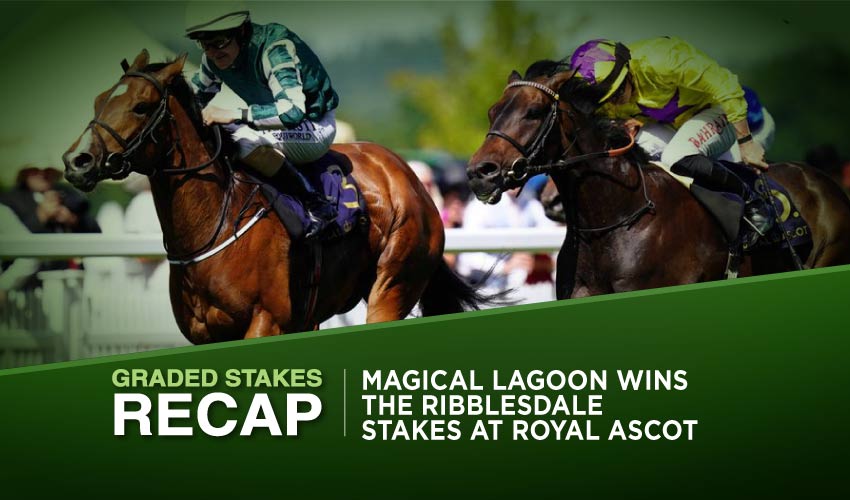 On Thursday, a couple of interesting Graded races were held at the Royal Ascot, while favorites of both events had to settle for second places behind emphatic winners. At first, three-year-old fillies clashed in the 2022 Ribblesdale Stakes, where Sea Silk Road was bettered by promising Magical Lagoon, upon which Reach For The Moon didn’t do enough to run down brave Claymore.

The G2 turf race for three-year-old fillies was held at the distance of a mile and a half and offered the purse of £200,000 in the 2022 Ribblesdale Stakes.

The victory goes to Ireland as Magical Lagoon (11-4) prevailed in a thriller for Jessica Harrington while piloted by Shane Foley. The bay filly galloped in third far behind the leader, but has the advantage of the prominent filly reduced, Magical Lagoon took command. After a fight with the preferred Sea Silk Road (15-8), Magical Lagoon scored the race by half a length in 2m 31.36s. Sea Silk Road had to settle for second place, with History (13-2) running in third.

Magical Lagoon concluded her two-year-old campaign as a G3 winner who didn’t manage to shine among the elite, but after commencing the new season with a good run in defeat in a Listed race, she looked ready to take on the company of Thursday’s race.

The daughter of Galileo showed a great amount of courage when fighting back and subsequently leaving the talented Sea Silk Road behind. History finished third for Aidan O’Brien after taking just seventh place in the Irish 1000 Guineas, showing a longer distance might suit her.

Mukaddamah (8-1) kept on to finish fourth in front of Life of Dreams (4-1), who looked quite good in the final stretch; however, she totally weakened later on and trailed home in fifth.

This G3 turf race was open to three-year-olds who vied for the purse of £100,000 while covering the distance of a mile and a quarter.

The field had its big favorite in Reach For The Moon (2-5); however, he failed to win even this time as his finish wasn’t enough to defeat Claymore (7-1). Piloted by Adam Kirby, the bay settled in front, set the pace, and even though he looked nervous throughout the whole race, he was simply the best on Thursday.

Once Reach For The Moon attacked, Claymore responded to the jockey’s question, kept the favorite at bay, and finally drew clear from him to score by one and ¾ of a length. Crossing the wire in 2m 7.45s, he left Reach For The Moon in second, while outsider Kingmax (16-1) took third.

Claymore looked like a talented colt when scoring his debut in 2021 as he won by four lengths, which he affirmed in the ongoing season by running in second behind Native Trail in a Classic trial.

Therefore, his performance in the French Derby was hugely disappointing because he finished last of all, but on Thursday, he made at least some amends by securing victory over Reach For The Moon. Kingmax was slightly closing on the pair, while Cresta (11-1) didn’t show much and took fourth.

Follow us on Social Media for 2022 Ribblesdale Stakes odds & updates!