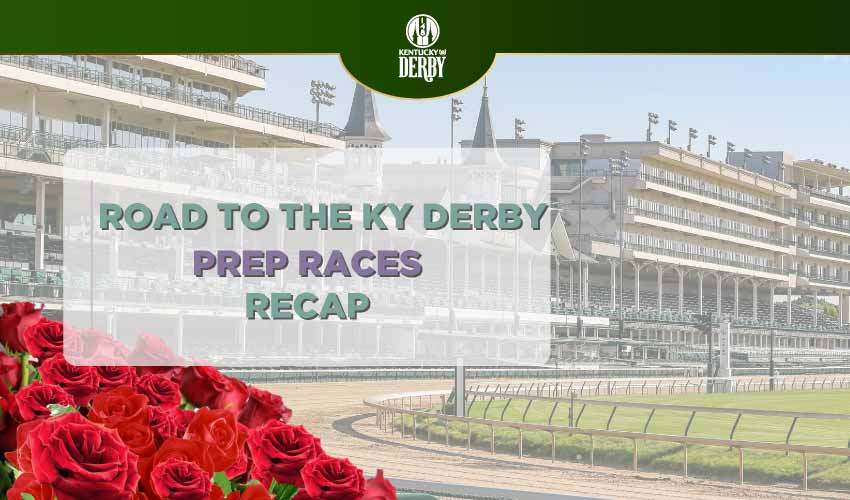 The KY Derby prep races scene gained clarity over the course of four races on Saturday, with three horses earning sufficient ‘Road to the Kentucky Derby’ points for a place in the gate. The most impressive performances came from Simplification in the Grade 2 Fountain of Youth and blitzing front-runner Forbidden Kingdom in the Grade 2 San Felipe, while Morello maintained his unbeaten record with a smooth success in the Grade 3 Gotham and Tiz The Bomb regained the winning thread in the John Battaglia Memorial.

His task was made easier by the absence of two of his main rivals, but Simplification made it look very simple when barrelling away to win the Fountain of Youth at Gulfstream Park on Saturday, sealing his place in the gate for the Kentucky Derby with the 50 RTKD points available to the winner here.

Simplification had previously been viewed as a pure front-runner but his effort in the Holy Bull last time proved his tactical versatility, and Jose Ortiz rode a patient race on the 5-2 favourite, keeping him a fair way off the pace set by longshot Markhamian. As the field circled the home turn there was trouble on the inside, with two horses coming down, but Simplification was wide and in the clear and hit the front at the top of the stretch.

He lengthened impressively, Ortiz driving him out to score by three and a half lengths in a tick over 1:44, with In Due Time – who was the catalyst for the fall, and possibly lucky not to have been disqualified – finishing his race off well for second, a length ahead of boxcar longshot O Captain. The well-fancied Emmanuel had nothing left from mid-stretch and took fourth; the fallers High Oak and Galt, barnmates with Bill Mott, later walked off the track.

“We have an awesome horse who can run from the front or from behind,” said trainer Antonio Sano, who won the Fountain of Youth five years ago with Gunnevera. “Simplification has done everything right with every step since he got to the barn.”

Simplification, a son of Not This Time, is now three-for-six lifetime with this first Graded-stakes win and has 54 RTKD points, putting him third in the standings. Sano indicated that he would point Simplification to the $1 million Grade 1 Florida Derby back at Gulfstream on April 2, over an extra sixteenth of a mile; the colt has never run anywhere other than Gulfstream.

The question before the San Felipe was whether Forbidden Kingdom could stretch his sizzling speed out beyond a mile. The answer was firmly in the affirmative, and now there’s another question – how far can this colt go?

Forbidden Kingdom had never been further than seven furlongs before the gates opened at Santa Anita on Saturday, yet the confident Juan Hernandez set him off sprinting with a first quarter in 22.66 and the half in 45.90. “I let him have fun,” said the jockey. “I turned him loose and he never stopped. He proved how good he is today.”

At the quarter-pole Forbidden Kingdom was still sprinting while those behind curled up in the heat, and Hernandez was able to dial him right down in the closing stages before crossing the line five and three-quarter lengths clear, stopping the clock in a tick under 1:44. The even-money favourite had blown the race apart; the runner-up Doppelganger was never closer than at the wire, and he had four and three-quarter lengths to spare over longshot Happy Jack in third.

“I was a little nervous when I saw the time on the board for the first half. He just did what he likes to do,” said trainer Richard Mandella, who has never won the Kentucky Derby but has a horse in the gate now, with the 50 RTKD points collected here assuring the son of American Pharoah a spot at Churchill Downs.

Now Forbidden Kingdom, three-for-five after this success, will try to stretch his pace over another sixteenth of a mile in the Grade 1 Santa Anita Derby on April 9. He wasn’t stopping on Saturday, so how far can he go?

Morello moves up a mile

The third race worth 50 RTKD points and Derby qualification on Saturday was the Gotham at Aqueduct, but despite having his passport stamped for Louisville there is a doubt whether the winner Morello, now unbeaten in three, all at the Big A, will take his chance in the big one.

There was absolutely nothing wrong with the Steve Asmussen-trained colt’s victory, a Graded-stakes breakthrough achieved with a powerful stretch run that took Morello four and a half lengths clear at the wire, but connections are wary about the extent of his stamina reserves.

The petrol tank was certainly full in the Gotham, Morello sitting behind front-runner Dean’s List until sweeping past and away at the eighth pole, jockey Jose Lezcano not needing to get serious with the even-money favourite, who covered the mile in 1:39 and one-fifth. Nothing else got into the race at all; Dean’s List held on for second, a length ahead of his longshot barnmate Golden Code, while the well-fancied Rockefeller finished last after hitting the gate and stumbling at the start.

The litmus test for Morello’s stamina will come in his next start, the Grade 2 Wood Memorial – also at Aqueduct – over nine furlongs on April 9, in which he may well renew rivalry with Golden Code. Dean’s List is reportedly set to cut back in distance.

Last year’s Breeders’ Cup Juvenile Turf runner-up Tiz The Bomb returned to winning ways in the John Battaglia Memorial at Turfway Park on Saturday, although the victory did not advertise his Kentucky Derby claims overmuch.

Tiz The Bomb, ridden by Alex Achard, sat well off the fractions set by Erase until sweeping around the outside and into contention on the home turn. The 8-5 favourite was soon in front, but made heavy weather of his way home and was hanging on in the final strides as Stolen Base closed strongly, and had only a neck to spare at the wire. The longshot Grael was two and a half lengths back in third; the time was 1:44 and one-fifth.

With only ten RTKD points awarded to the winner here, Tiz The Bomb may use the Grade 3 Jeff Ruby Steaks back at Turfway on April 2 as a springboard to Churchill Downs, although a return to turf for Kenny McPeek’s charge is still a strong option.