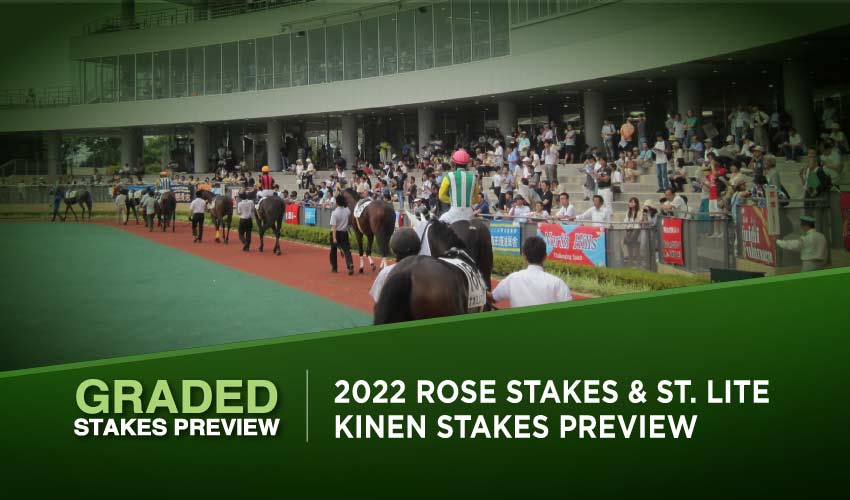 The upcoming day features two G2 races for three-year-olds at the Japanese tracks. On Sunday, fillies will face off in the G2 2022 Rose Stakes, where the field is quite competitive, with unexposed Saliera being the leading chance right now. On Monday, Ask Victor More looks like the obvious first choice in the G2 Asahi Hai St. Lite Kinen over a mile and three furlongs as, unlike his rivals, he delivered great performances in the Japanese Classic races.

The pinnacle of Sunday’s card at Chukyo is open to three-year-old fillies who will cover the distance of a mile and a quarter on the turf surface. The purse of 100,420,000 Yen lured in a field of fourteen participants, with Saliera (14-5) being the current favourite of this G2 event. The Sakae Kunieda bound filly has only two starts under the belt; however, she triumphed in both of them and could complete a hattrick on Sunday. The daughter of Deep Impact commenced her career with a fine display of her abilities in a maiden, upon which she handled the mile and a quarter-long trip in a Class 1 race.

Under Christophe Lemaire, Saliera will face a couple of fillies who competed even among the elite in the Japanese Oaks. Back then, Art House (18-5) finished seventh as the Mitsumasa Nakauchida trained chestnut still defeated some anticipated rivals. Her performance wasn’t bad after she previously prevailed in a Listed event; moreover, she has hit the track only four times in total. She mightn’t have shown everything she’s capable of as she looks classy, and the shorter distance could even suit her.

Personal High (67-5) didn’t fare well in the Japanese Oaks, crossing the wire in sixteenth place, but prior to that, this daughter of Deep Impact suggested she could be a solid G2 runner. The Yoshito Yahagi trained filly, indeed, failed to impress in a G3 Classic trial; however, finishing sixth in the Japanese 1000 Guineas was at least a bit promising, and because she subsequently only narrowly missed a victory in the G2 Flora Stakes, she shouldn’t be discarded in the Rose Stakes. Personal High is suited by the distance, her class could be enough, and after she received a long pause since May, she might well deny the odds here.

Regarding the rest of the field, Saint Camellia (5-1) looks interesting as she climbed from a maiden win to a Stakes one in May. She then reappeared on the tracks in August to secure second place at the same level, and she could actually be good enough to play a role also among the G2 company. Still, only the race itself will tell us more about her class, so let’s mention La Ruelle (11-1) as well. She’s earned some money at the Graded stage and scored in a Stakes race over a mile and a quarter, so there’s some potential about her.

Our pick for the Rose Stakes is Art House, whose Listed victory was enthusiastic, and she should be ready for another big challenge. Still, both Saliera and Personal High look good, too.

Our horse racing pick for the Rose Stakes is ART HOUSE, whose Listed victory was enthusiastic, and she should be ready for another big challenge. Still, both Saliera and Personal High look good, too.

Three-year-old colts will line up for this G2 turf race, headlining Monday’s card at Nakayama. Thirteen contestants will cover the distance of a mile and three furlongs while vying for the purse of 104,800,000 Yen. It’s difficult to see past Ask Victor More () in this field. The Yasuhito Tamura bound colt wasn’t really expected to join the elite of three-year-olds, but the son of Deep Impact did so in an impressive fashion. In 2021, Ask Victor More broke his maiden at the second attempt and then finished third in a Stakes race to commence the ongoing season with a victory in a Class 1 race over a mile and a quarter.

Subsequently, the bay colt caught off guard preferred Do Deuce in a Classic trial, scoring the G2 Deep Impact Kinen narrowly, and even though he was still underestimated for the Japanese 1000 Guineas, he delivered a great effort, finishing gallant fifth. The distance of the Japanese Derby could’ve been seen as a problem for Ask Victor More; however, he once again denied the odds, displayed great ability, and grabbed third place in the peak of the season for three-year-olds, being defeated by Do Deuce (and Equinox) this time. If he shows something similar on Monday as he did in spring, Ask Victor More should bag his second G2 win here.

The field comprises more Classic contenders, though. Onyakopon () struck gold in a Stakes race in 2021 and delivered a solid performance in the G3 Keisei Hai in January, upon which he rested until April. The Shigeyuki Kojima trained colt finished a fine sixth place in the Japanese 1000 Guineas, and even though his eighth place in the Japanese Derby wasn’t anything special, he should appreciate the shorter trip on Monday and looks a vital contender here.

Born This Way () also entered the ongoing season as a Stakes winner, who took fifth place in the G1 Hopeful Stakes in December. In his 2022 debut, the Koji Maki trained colt finished third in the G2 trial, bettered by Ask Victor More. He utterly failed to impact the Japanese 1000 Guineas, and last time out, he was only sixth in the G3 Radio Nikkei Sho over a mile and a furlong. Still, he’s suggested some class and shouldn’t be discarded here.

The mentioned G3 race appears in resumes of other participants, including Shohan Magna (), who ran in second back then, while Bejart () was hugely disappointing back then. A runner-up in another G3, he was expected to be one better in the Radio Nikkei Sho; however, he displayed nothing of the sort. He shouldn’t be written off right way, though, as the colt boasts certain class and it could be just a matter of time before he affirms that.

Our Free horse betting pick for the Asahi Hai St. Lite Kinen is ASK VICTOR MORE, whose career results suggest he simply should be no match for his rivals here.

Follow us on Social Media for more 2022 Rose Stakes updates!