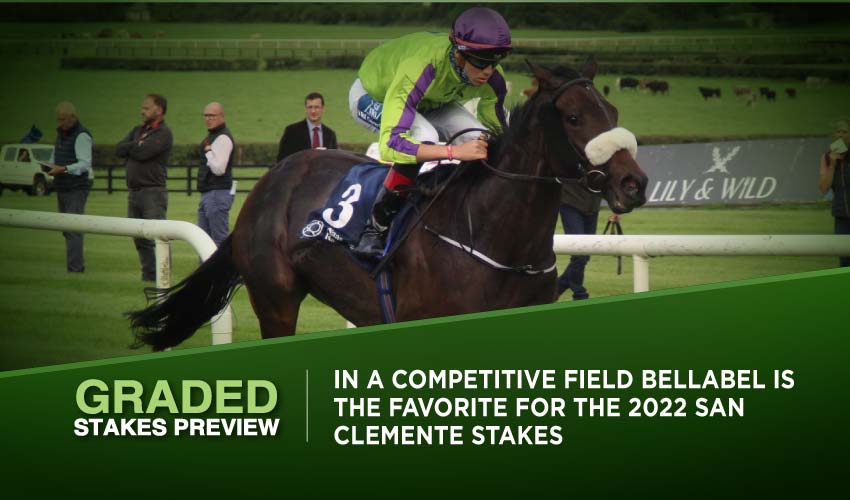 On Saturday, Del Mar Race Course offers one Graded race open to three-year-old fillies – the G3 2022 San Clemente Stakes. The field is somewhat competitive, and every second contestant has a solid chance to strike gold, while the most likely winners could be Lady T, Bellabel, and Island of Love.

Three-year-old fillies will compete for the purse of $200,000 over the distance of a mile. The G2 turf race attracted twelve of them, while almost eight wouldn’t cause a big upset if scoring; still, there are fillies whose triumphs are more probably than the others.

Lady T is one of them. The John Shirreffs bound bay has seven starts under her belt as in 2021, she placed in black-type, and in the ongoing season, she broke her maiden at the third attempt. Subsequently, she ran a great race in her Graded debut because Lady T didn’t manage to catch only the victress of the G2 Summertime Oaks in Santa Anita.

Back then, the daughter of Into Mischief suggested to be a promising Graded performer, and therefore, she could affirm what she hinted and bag the San Clemente Stakes.

However, the weight she’s about to carry is considerably smaller than that of Bellabel, trained by Philip D’Amato. The dark bay spent her two-year-old campaign in Ireland, where she won a handicap race, and in 2022, she recorded a debut on US soil when scoring a Listed event easily.

On Saturday, she’d probably be the favourite hadn’t been carrying the most significant weight alongside two other contestants, including stable-mate Island of Love. Although she was also born in Ireland, she ran two races in Italy, where she stayed unbeaten. Subsequently, she shipped to the US, placed in a black-type, and in May, Island of Love bagged the G3 Senorita Stakes.

Last time out, she delivered another fine effort at the same level as she lost only to Cairo Memories in the Honeybee Stakes, while on Saturday, we can imagine her beating both fillies above.

Lucky Girl looked quite promising at the beginning of the season, winning black-type and Listed races, however, her subsequent Graded attempts resulted in fifth places, including one behind Island of Love. Still, she shouldn’t be entirely discarded here, which applies to Tezzaray as well.

The Peter Miller bound filly travelled from the United Kingdom with two places in maidens, which she broke in Del Mar in November. In the next start, Tezzaray narrowly recorded her premiere Graded victory when scoring the G3 Jimmy Durante Stakes. She hasn’t been out since November, which might hamper her chances, but she’s shown some class and could be a player.

Our pick for the San Clemente Stakes is Lady T, who should exploit the weight advantage and defeat the Philip D’Amato duo.