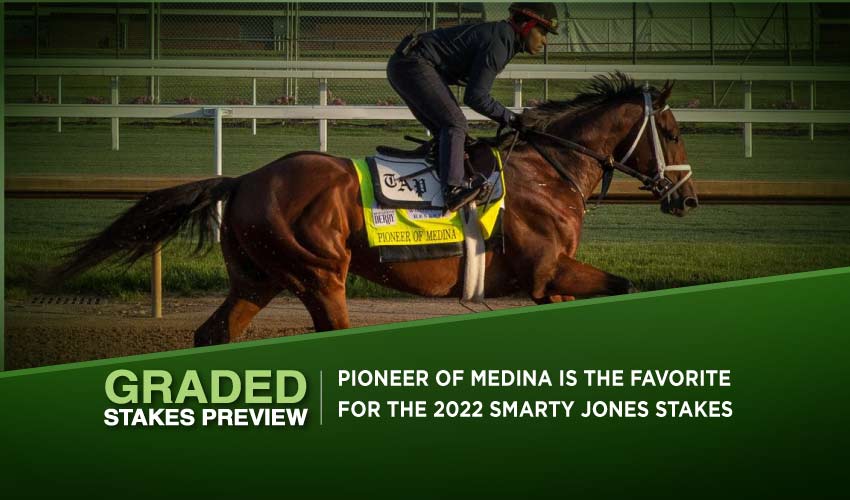 On Tuesday, Parx Racing offers an appealing card headlined by the G3 2022 Smarty Jones Stakes for three-year-olds. The race attracted promising Best Actor who needed to handle a bigger weight on his back than, e.g., Pioneer of Medina or Creative Minister.

The purse of $300,000 lured a field of ten three-year-old colts and geldings to clash at the distance of a mile and half a furlong. Some horses of high interest aim at this G3 dirt event, especially a duo of colts who ran in the Classic races. Pioneer of Medina, trained by Todd Pletcher, squeezed into the Kentucky Derby but didn’t use the opportunity as he finished last but one without a single bright moment.

The son of Pioneer of the Nile has never really looked like a G1 colt for the connections as prior to the mentioned run; the bay won only an Allowance. Subsequently, he earned some points for the Kentucky Derby thanks to finishing fourth in the G2 Rebel Stakes, upon which he took third place in the G2 Louisiana Derby. These weren’t entirely bad performances from Pioneer of Medina, and honestly, it could be enough to strike among the G3 company. However, the bay hasn’t hit the track since May, which might be an issue.

The other contestant here to compete in a Classic race is the Kenneth McPeek bound Creative Minister, a grey colt who has six starts under his belt. After bagging a maiden and an Allowance race, the son of Creative Cause made a huge leap forward as he showed up in the Preakness Stakes. Thanks to a respectable finish, Creative Minister snatched up a third place behind Early Voting and Epicenter but failed to handle the longer distance in the Belmont Stakes.

Back then, he came home in fifth. He was expected to benefit from the shorter trip next time out, but in a Listed race, the grey managed only third place, and it’s a question of whether he’s really good enough to strike gold at the Graded stage. Before the Belmont Stakes, he looked like one.

Brad Cox relies here on Best Actor. The son of Flatter has hit the track three times as he bagged his maiden, then triumphed in an Allowance race, and last time out, he was the second chance in the G3 Indiana Derby. He delivered a good effort, galloping in fifth, upon which he improved his position and didn’t catch only the less carrying colt, Actuator.

By this performance, Best Actor suggested to be a promising Graded horse, and on Tuesday, he needs to be seriously considered. Golden Alchemist has been out only twice, breaking his maiden at the second attempt and quite decisively so. The Chad Brown bound colt could snatch a place here, while the last to mention is Kissalot.

Trained by Saffie Joseph, the gelding belongs among the most experienced contestants as he scored his premiere victory on the sixth try and then waited for the other six races to deliver in an Allowance. Still, his most recent win was solid, and the Fort Larned son might defy the odds on Tuesday.

Best Actor who hasn’t done anything wrong. He looks classy; the only thing stopping him here could be the carried weight.