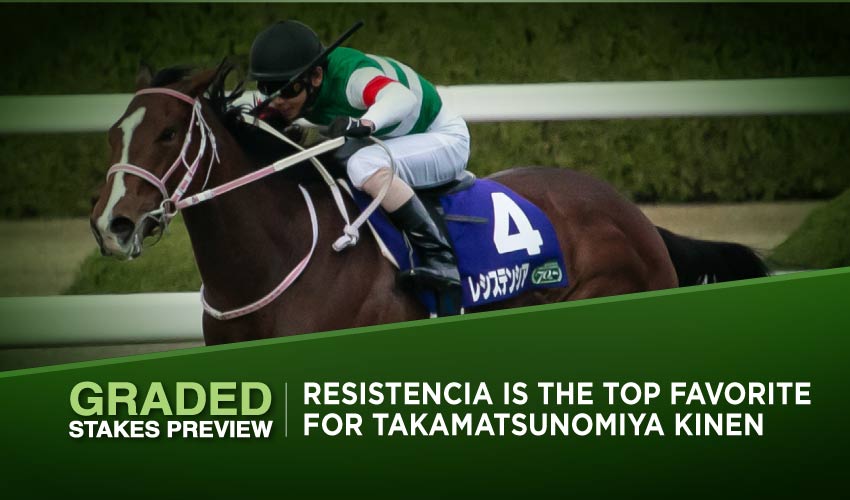 Sunday’s card at the Japanese racecourse at Chukyo offers the 2022 Takamatsunomiya Kinen. The prestigious event is open to four-year-old and older horses, while the promising four-year-olds Grenadier Guards and Meikei Yell are about to challenge an already established star at the sprinter scene – five-year-old mare Resistencia.

The only turf G1 race held at the Chukyo Racecourse is open to four-year-old and older sprinters who are about to compete at the distance of six furlongs for the purse of 329,400,000 Yen. Five-year-old Resistencia is the leading chance in the field of eighteen contestants due to her pleasing results at the G1 scene.

The Takeshi Matsushita bound mare has scored just one victory at the highest stage, which happened in 2019; however, she has recorded five second places in G1 events, including the Hong Kong Sprint in December 2021. In last year’s edition of the Takamatsunomiya Kinen, Resistencia grabbed second place, too, and even though Sunday’s competition is tough, she should fight for the win once more and add another big one to her respectable record.

Five-year-old Salios also travelled to Hong Kong in December to finish third in the Hong Kong Mile, and even though his 2022 results weren’t as good as those of Resistencia, it’s necessary to mention that Salios was unbeaten as a two-year-old and placed in two Classic races.

If he manages to return to that form, which his performance in Sha Tin suggested he’s on the best road to, he could be a dangerous rival for the favourite. Before we move to the four-year-old participants, five-year-old mare Lotus Land could snatch a good place hereafter bagging a G3 victory in February, suggesting she’s in form, while seven-year-old horses Diatonic and Travesura also looks ready to perform well, given they both showed good effort in the G3 Hankyu Hai in February.

When looking at the four-year-olds taking on the older horses, Grenadier Guards and Meikei Yell catch the eye immediately. The former scored the G1 Asahi Hai Futurity Stakes in 2020 and then went on collected some great places, including third place in the G1 NHK Mile Cup.

In December 2021, he bagged the G2 Hanshin Cup after returning to the distance of seven furlongs; however, he’s about to cover six furlongs for the first time in his career, and he might not be quick enough to threaten the favourite.

Meikei Yell enjoyed success on trips ranging from six to eight furlongs, achieved three G3 wins and the G2 Tulip Sho but failed in the Japanese 1000 Guineas. Still, she finished fourth in the G1 Sprinters Stakes in October, suggesting she’s about to develop into a decent sprinter at least.

Last time out, Meikei Yell won the G3 Silk Road Stakes, but she’s about to meet much more fierce company on Sunday, which she should handle honourably in our opinion.

Our Takamatsunomiya Kinen betting pick is Resistencia, a respectable member of the Japanese sprinters elite and is basically the one to beat here.

Follow us on Social Media for instant 2022 Takamatsunomiya Kinen updates!