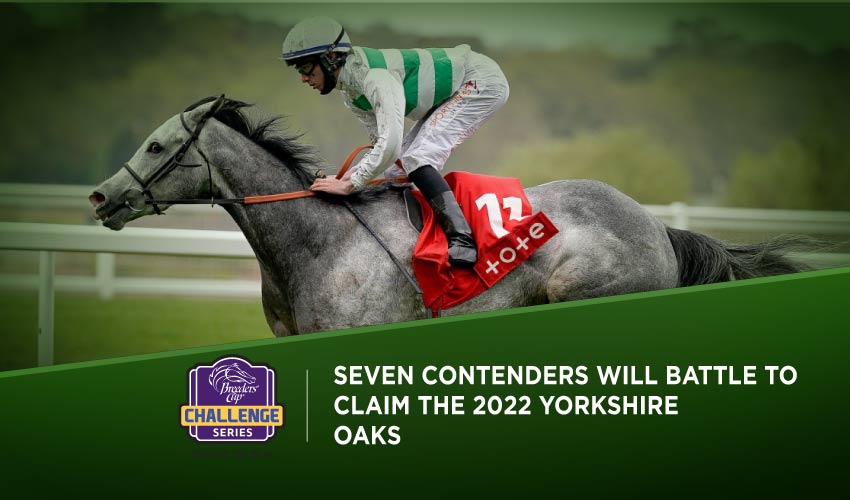 The second day of the York Ebor Festival is headlined by two races, the Group 2 Lowther and Group 1 2022 Yorkshire Oaks. In what is sure to be another action packed day of racing, here we preview the best of the action.

At the time of writing, fourteen horses are set to go to post to compete for this year’s Lowther. First raced after the end of the Second World War, this race has been won by the great and the good of British racing.

Karl Burke trains the favorite for this year’s contest with his horse Dramatised. The only unbeaten fillie in the race, Dramatised makes her racecourse reappearance after winning the Queen Mary at this year’s Royal Ascot in convincing fashion.

Both of her victories have come over five furlongs and she takes the step up in trip today. Her performance at Ascot was one of a horse clearly going places and as long as she can handle the potentially softer ground she is the one to beat.

With Dramatised the clear favorite, there is value everywhere else you look.

Mawj, is one of several fillies who will head to the Knavesmire fresh off the back of a victory last time out. Her win in the Duchess of Cambridge came at this level and more importantly over this trip. A real battler, she has won two of her three career starts and is another potential star for the future. Despite her price, she shouldn’t be discounted.

Neither should Lady Hollywood who runs for budding trainer Alice Haynes.

Lady Hollywood arrives at this race very much on the up after success in her last three races. Although her wins haven’t come at this level and she will be taking a big step up in class,  at a larger price she could be one to really consider.

As could Kinta for George Boughey.

Arguably the most exciting up and coming British trainer, Boughey, has already won some huge races in his relatively brief training career. Kinta was only narrowly denied in her last race which was run in Grade 3 company and if she can improve on that effort she is more than capable of playing a part in the final outcome.

The only horse with just one run in the field is the Tom Eaves trained Queen Me. A decisive winner of her one start to date, that victory came in maiden company and she is another taking a huge step up in class. Although she didn’t beat much that day, she is very unexposed and could be an interesting play at a large price.

Despite the field for this year’s race being deep, the smart play has to be on Dramatised to add to her unbeaten start. As decisive a winner as you will ever see at Royal Ascot she should take all the beating.

At the time of writing seven horses are set to compete for this 2022 Yorkshire Oaks. One of the most prestigious races in the entire racing calendar, several of Britain and Ireland’s trainers will be sending some top fillies and mares to compete for this year’s renewal.

Currently leading the betting is the Sir Mark Prescott trained Alpinista. Now five, she arrives for this race in sensational form having won her last six starts, which include four successive Grade 1 races.

Despite her place at the top of the market, there are some reasons as to why you might want to take her on.

Firstly, her Grade 1 wins have all come in Germany and France and she has never won a Grade 1 on UK soil. Despite Grade 1’s being tough races to win, there are some question marks to the form.  She has also run in this race before, narrowly finishing second to the Aidan O’Brien trained Love. With some classy runners in the field, there could be value to be found elsewhere.

One horse looking to expose any weaknesses of the favorite will be the Jessica Harrington trained Magical Lagoon. A winner of this year’s Irish Oaks, that does represent some top class form and at a big price, she could certainly be one of the value angles of the race.

Paddy Twomey tasted graded success in Ireland last week and is hoping to repeat the feat here. He runs La Petite Coco who arrives unbeaten in her last four races. A decisive winner of the Pretty Polly, she is taking a slight step up in trip here but certainly can’t be discounted.

Sticking with the theme of Irish raiders, Aidan O’Brien is looking to win this race for a third consecutive year and runs Tuesday. A muddling horse to follow, she did win the Oaks earlier in the season, but had it not been for Emily UpJohn slipping at the start, most likely would have come second.

Something was clearly amiss last time out in the Irish Derby as she could only finish fourth. That performance wasn’t the most pleasing and she is one to back with caution.

Looking to take this imperious prize back to France is the legendary Andre Fabre. Here he runs Raclette who has won her last two outings. It’s hard to know how the French form stacks up but she was a gutsy winner of a Grade 2 last time out. It’s likely she will find this race too hot, but she is certainly an intriguing runner.

William Haggas is hoping to have a strong week and he is represented by Lilac Road here. Lilac Road likes it at York and won the Middleton Fillies Stakes earlier in the season. She gave a great account of herself in the Nassau Stakes and despite finishing third, that was a run full of promise. It’s hard to make a case for her winning the race, but she could be the value play at a big price.

Despite Alpinista’s presence at the top of the market, this is a tough contest to call. Magical Lagoon has already shown what a classy horse she is and her win in the Irish Oaks represents some really good form. At a good price, we think she can cause the upset here.

Follow us on Social Media for more 2022 Yorkshire Oaks updates!