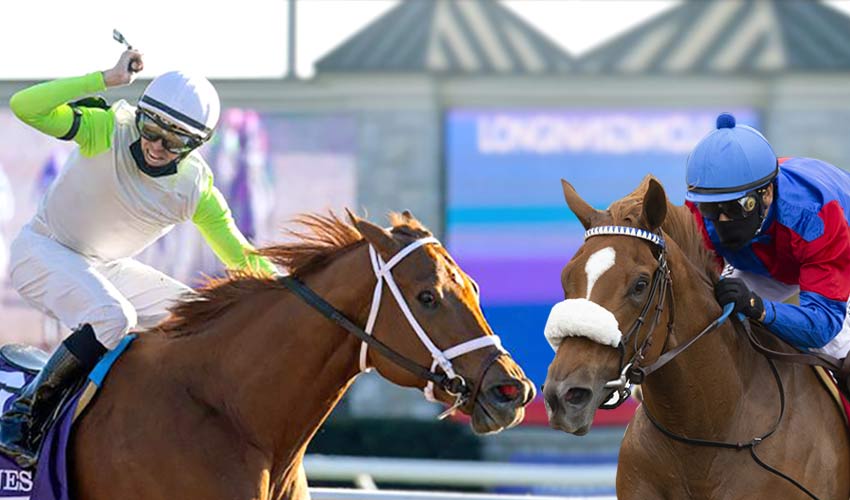 There could be an early contender for race of the year this weekend at Oaklawn Park; as Monomoy Girl and Swiss Skydiver are set to battle in the G1 Apple Blossom Handicap. The two superstars will likely be the ones that are competing for the prize pot; but there is an intriguing contender in Letruska that could spoil the party for the big names involved.

The Apple Blossom Handicap takes place annually in April and is part of the Racing Festival of the South. Fillies and mares that are aged at least four are able to enter, with $1 million in prize money up for grabs in the Grade 1. The race has been competed over the 1 1/16 miles distance since 2011; which was also the same distance that the very first race was run over.

His win with Close Hatches in 2014 was his fourth success as a trainer. The most recent winner of the race was Ce Ce for trainer Michael McCarty, who was rode to success last year by jockey Victor Espinoza.

Horse racing enthusiasts will not have to look much further than the two big names involved in the race to see the two credible challengers for the Grade 1 this year. Monomoy Girl for trainer Brad Cox has been dominant throughout her career; as she has won 11 of her 13 races. She hasn’t been beaten since finishing second in the Grade 1 Cotillion Stakes back in September 2018. Monomoy Girl has already returned to the track this season with a victory, as she won the Grade 3 Bayakoa Stakes by commanding two lengths from Super Freak.

Those looking to oppose Monomoy Girl shouldn’t look any further than Swiss Skydiver. The four-year-old for trainer Kenneth McPeek also returned to the track this year with a commanding Graded victory, as she won the Grade 1 Beholder Mile Stakes. She traveled excellently throughout that race and won by two and three-quarter lengths from As Time Goes By. She will be bidding for a fourth Grade 1 success this weekend after previously winning the Preakness Stakes and Alabama Stakes last season.

Letruska could be the interesting selection in the field, as the five-year-old has won two of her previous three. She won the Grade 3 Houston Ladies Classic Stakes at Sam Houston earlier in the year before being beaten by a head in the Grade 2 Azeri Stakes last time out. The pace in the race could be injected by Letruska very early on.

Other entries for the race are Another Broad, Chance to Shine, and Getridofwhatailesu. However, it is unlikely that any will get close to the three market leaders.

This should be a pulsating race with the top three in the market all having a credible chance. However, realistically it would come down to a straight shootout between Monomoy Girl and Swiss Skydiver. The prior mentioned has the quality, and it’s hard to look past the Graded form that she has shown over the past two years.

Check the Racing Odds for more information on the Apple Blossom.

Make sure to check Horse Racing Tote for all the latest horse news on the Road to the Kentucky Derby; Horse Racing Recaps, graded stakes, last-minute results and so much more.