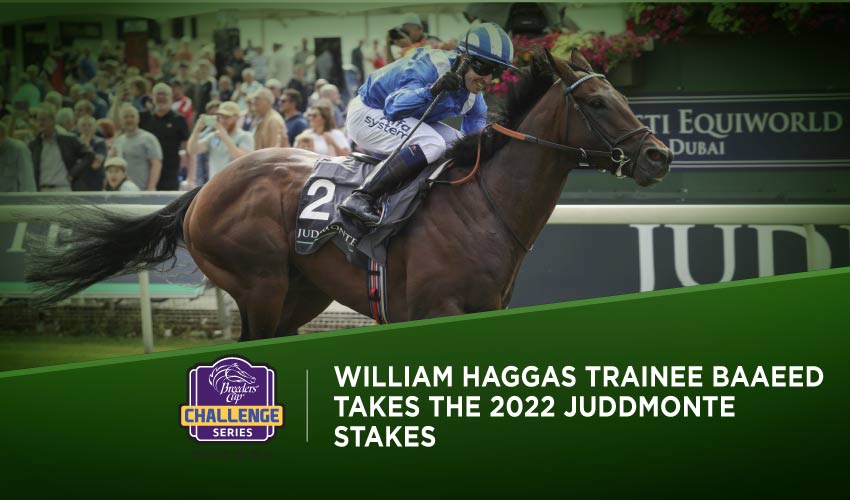 Day 1 of this year’s York Ebor Festival was headlined by the Juddmonte Stakes. As well as two other prestigious races, the Acomb and Voltigeur. Here we recap the best of the action.

Baaeed produced arguably the best race of his glittering career claiming this year’s Juddmonte Stakes in a decisive and devastating fashion.

With question marks over whether he could make the step up to one mile two furlongs, he responded to any doubts emphatically.

Jim Crowley was happy to sit in mid division and eased Baaeed into the race. With Mishriff looking to steal a march, his jockey James Doyle tried to kick clear at the two furlong pole. The move was covered by Crowley and Baaeed who was still traveling firmly on the bridle. At the furlong marker, Crowley said go and in just a few strides Baaeed had put the race away. Under mostly hands and heels, Baaeed sauntered clear to win by six lengths.

Deauville Legend reaffirmed his status as a potential superstar with a cosy win in this year’s Voltigeur. It capped a memorable race for trainer James Ferguson who trained the winner and third place finisher El Bodegon.

Similarly to Baaeed, jockey Danny Muscatt was content to sit in mid-division until the business end of the race. Clearly traveling as the best horse, Deauville Legend waited for the gaps to appear and when they did, flew off in pursuit of his stable mate El Bodegon.

Once he got past, there was only ever going to be one winner. Despite Secret State putting in a strong finishing burst, it was a case of too little too late as Deauville Legend would go onto win by three comfortable lengths.

The first graded action of this year’s Ebor Festival came in the form of the Acomb Stakes. In what was a tight betting heat it was the Charlie Appleby trained Local Dynasty who went off as the favorite but he would ultimately fail to fire.

In what was a muddling race, three horses separated themselves from the rest of the field, Chaldean, Indestructible and Mill Stream.

As the runners hit the final furlong it looked like Indestructible would win, edging past the game Chaldean it looked like he was traveling as the better horse. However, Ryan Moore on board Chaldean would not be denied and summoning all of his strength came back at the leader.

With just half a furlong left to race, the two were side by side but it was Chaldean who found an extra gear and just edged ahead of his rival. Under a strong drive from Moore, Chaldean would go onto win by just under a length.

Oviedo battled hard in the final furlong to edge out Mill Steam to finish in third place.