BC Filly & Mare Turf: Emily Upjohn is the favorite to win 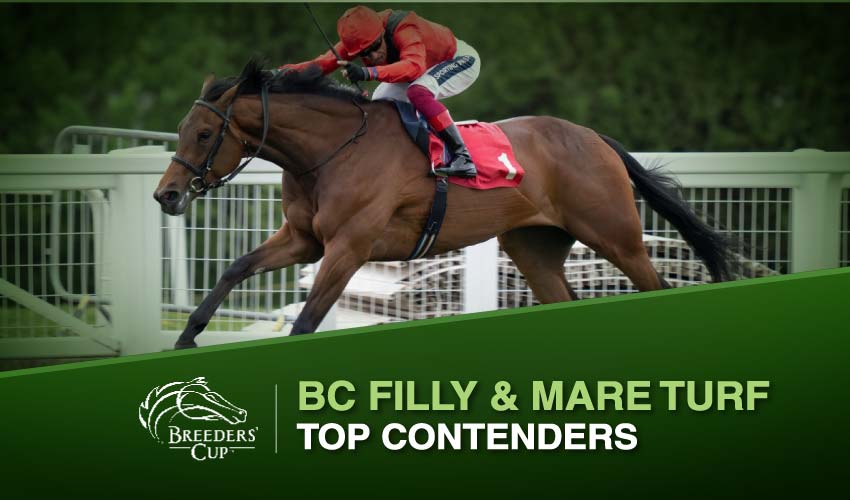 In our weekly series of long-range Breeders’ Cup previews, we examine the leading contenders for the G1 BC Filly & Mare Turf, with European runners and Chad Brown’s barn firmly in the spotlight.

In the last ten years, the winner of the Filly & Mare Turf has come from one of three directions: Europe (five), Japan (one), and Chad Brown (four). Twelve of the top 15 in the future book represent one of these sources, so the trend may well continue.

Of the British contingent, G1 Oaks one-two Emily Upjohn and Tuesday are route runners likely to struggle with this cutback, as is multiple G1 winner Alpinista. The Prix de l’Arc de Triomphe is their probable end-of-year target. Dual G2 winner Free Wind is another whose proven stamina makes her an unlikely contender.

Conversely, G1 winners Inspiral and Saffron Beach are more likely to head for the BC Mile.

Far more interesting in regard to this race is Oaks third Nashwa, who failed to get home in the Epsom Classic but who stamped her class next time over an extended ten furlongs in the G1 Prix de Diane at Chantilly, holding on grittily for a narrow win with the third horse well beaten.

The F&M Turf will represent a greater test of her speed, but she should handle that okay and is comfortable on all types of ground.

Chad Brown has a host of strong candidates headed by the rock-solid older mare Regal Glory, who is currently in the form of her life. She has won her last four, three of them G1s including the Jenny Wiley at Keeneland over a mile-sixteenth, although this extended nine furlongs may not find her at her best.

Then there’s G1 winner Bleecker Street, who gave up her seven-race unbeaten record when third to barn mate In Italian in last weekend’s G1 Diana at Saratoga. Bleecker Street ran as though she needed a break and will rebound later in the year, while In Italian is a one-dimensional front-runner but certainly has the class to make it stick at this level.

French G1 winner Rougir would be a contender on soft ground, so a weather watch is a policy in that regard.

Japanese hopes lie with the remarkable snow-white filly Sodashi, G1 winner over a mile at Tokyo on her last start. Given the groundbreaking success of Loves Only You for Japan in last year’s F&M Turf there will be plenty of interest in Sodashi, who beat Loves Only You in a G2 over ten furlongs last August.

Last year’s F&M Turf third War Like Goddess won the G3 Bewitch at Keeneland on her first run of 2022 and maybe a leading contender once again, although the race is a furlong and a half shorter this year.

Spendarella ran a magnificent race to be runner-up to Inspiral at Royal Ascot and if she can stretch out her speed could be a big threat for trainer Graham Motion, who won the F&M Turf in 2010.