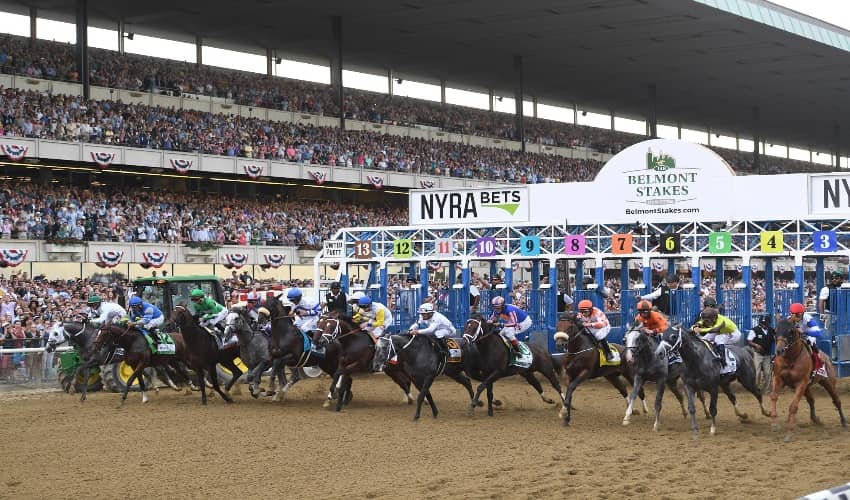 Belmont Stakes Contenders: The Triple Crown series will end on the first Saturday in June, as the Belmont Stakes takes place at Belmont Park. Bob Baffert will be unable to take his string of stars to the track as the NYRA has imposed a suspension following Medina Spirit’s failed drug test after the Kentucky Derby.

However, a host of star names will be lining up for the race at the beginning of June, but which horse could claim the win

The final nominations for the Belmont Stakes are yet to be made. However, the line-up that looks almost certain to go to post for the race can be found below:

The early outlook of betting for the Belmont Stakes is dominated by a top three in the market. Essential Quality is the narrow favorite at present, as the Brad Cox-trained horse looks to bounce back after a first defeat in the Kentucky Derby. The three-year-old had been perfect before that run, but bad luck at the start of the race, which saw him bumped twice, was ultimately decisive. How he responds in the Belmont will make for fascinating viewing.

Like Essential Quality, Hot Rod Charlie also sidestepped the Preakness Stakes to favor a stronger effort at Belmont. He has been progressive so far this season and was unlucky not to have gotten closer in the opening Triple Crown of the season. The Louisiana Derby winner certainly has claims here.

Rombauer is a very obvious contender, having won the Preakness Stakes last time out. However, he will have to improve once again against a field that will come into this race fresher than him. Known Agenda, Keepmeinmind, and Rock Your World all still have chances at Belmont, but they will all need to be better after finishing more than ten lengths behind Medina Spirit.

Midnight Bourbon will line up for the third straight Triple Crown race at Belmont and is edging closer to a win.

After finishing sixth in the Kentucky Derby, he finished third in the Preakness. However, there could be too much class in this one. Promise Keeper and Weyburn will be lining up in the Belmont to make their first Triple Crown start. Promise Keeper recently won the Grade 3 Peter Pan Stakes, and Belmont form would be a plus. Meanwhile, Weyburn will have a bit to find after finishing three and a half lengths between fellow Belmont contender Bourbonic at Aqueduct in the Wood Memorial Stakes.

Overtook and Brooklyn Strong will be the two big outsiders in the field. Brooklyn Strong finished 18 and a half lengths behind Medina Spirit in the Kentucky Derby, while Overtook was well beaten by Promise Keeper last time out. France Go De Ina remains an unknown quantity and could be open for improvement after finishing seventh on his first start in the US in the Preakness.

The Belmont Stakes looks set to be a wide-open affair, and there’s a horse at a higher price that we certainly believe has place claims. Rebel’s Romance will be making his first start on US soil in June but has had an excellent campaign to this point in the UAE for trainer Charlie Appleby. Three Irish-bred raiders have won the Belmont in the past, and if this three-year-old can match his performance from the Group 2 UAE Derby, which he won by five and a half lengths, then he has strong claims in this Triple Crown race

Follow us on Social Media for more information regarding The Belmont Stakes!