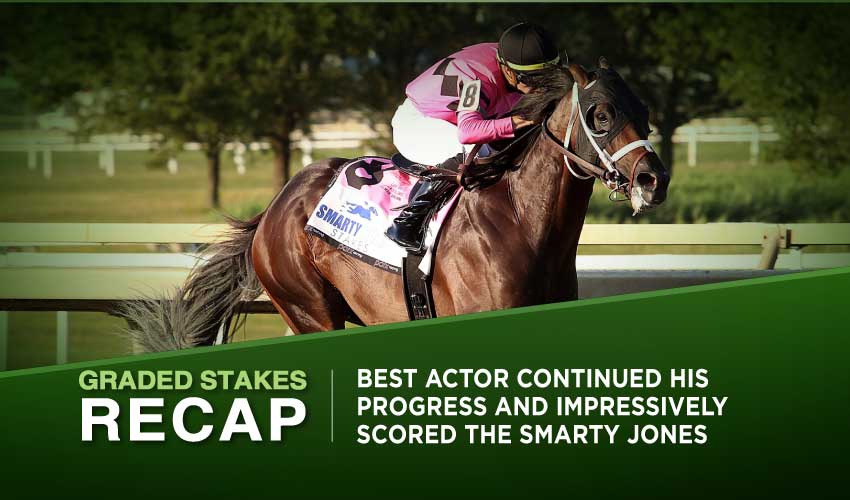 On Tuesday, the card at the Parx Racing featured the G3 Smarty Jones Stakes where three-year-olds clashed on the dirt surface. Despite the fact it attracted some Classic races contenders, Best Actor continued his progress and impressively scored the race.

The field of eight three-year-olds hit the dirt surface in this G3 event, offering the purse of $300,000. Creative Minister (17-10) started off as a favourite for the mile and half a furlong long race, with Best Actor (5-2) being the second chance. The latter settled in second place, and as soon as Florent Geroux aboard urged him to quicken up, the Brad Cox bound colt did so enthusiastically.

Best Actor reached the final stretch at the front, and even though Kissalot (12-1) approached him, it was only for a brief moment. Best Actor easily scooted clear from him to bag his premiere Graded victory in 1m 44.14s, bettering Kissalot by five and ¼ of a length. Creative Minister took third place thanks to his late finish.

The victorious son of Flatter entered the race with three starts under his belt. After bagging a maiden and an Allowance race, he showed up in the G3 Indiana Derby. Back then, he couldn’t catch the considerably less carrying winner, and even though Best Actor carried the biggest weight also on Tuesday, he handled it superbly this time.

The progressive colt seems to have a bright future in front of him, while second Kissalot also hinted he manages more than prevailing in Allowances. Creative Minister’s third place was alright, unlike Pioneer of Medina’s (32-5) return after his Kentucky Derby run. The Todd Pletcher trainee finished last of all here.