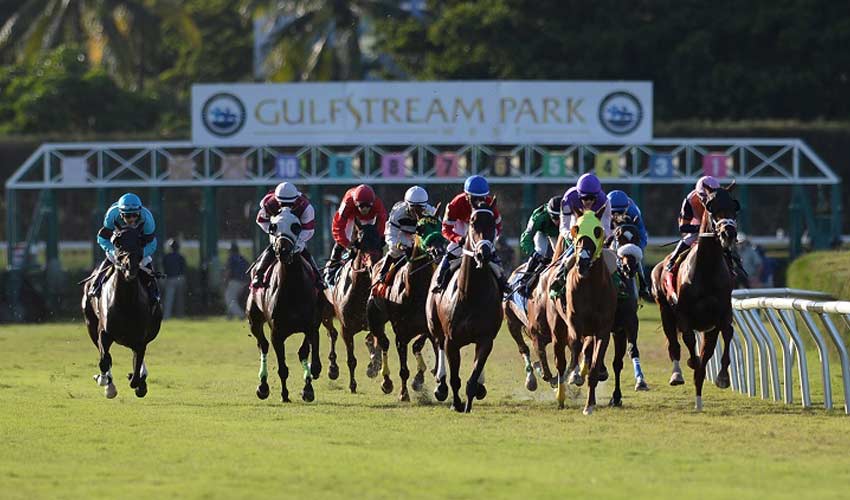 With Horse Racing getting back to full swing at some of the top tracks around the globe, there are many big races set to go off this weekend. The most anticipated event is undoubtedly the Sunshine Millions, a series of four races taking place at Gulfstream Park on Jan. 16. There will also be a notable race, the Franklin Square Stakes, running at Aqueduct on Saturday as well.

The field of nine is being led by Sugar Fix, who has a record of 7-4-0 from 16 starts and is coming off a big stakes win on Dec. 5 at Gulfstream. Some of the other top names include Kelsey’s Cross and Mo of the West.

This one is open to 4-year-olds and up, and it covers a distance of 1 1/8 miles. The field of seven includes big names like Last Judgement, Noble Drama and Red Crescent.

The 6-year-old Noble Drama is receiving a lot of attention after coming off two strong on-the-board finishes.

Covering a shorter distance of six furlongs, this one is open to Florida-bred 4-year-olds and up. The field of nine is being led by Extravagant Kid, one of the top turf sprinters in Kentucky and Florida.

He will be defending his title since he took last year’s edition by 2 3/4 lengths. The multiple stakes winner will likely face a challenge from Souper Stonehenge, who is coming off a runner-up effort in the Nov. 21 Kennedy Road Stakes (G2) at Woodbine.

This will be the last Sunshine Millions race at Gulfstream Park, and it is open to Florida-bred 4-year-olds and up. The field of nine will cover 1 1/16 miles on turf.

The two big horses are coming from trainer Mike Maker, who leads the U.S. in wins. Second Mate and Max K.O. both took part in last year’s edition, finishing fifth and eighth, respectively. Second Mate will break from post 1, while Max K.O breaks from post 7.

This event for 3-year-old-and-up fillies and mares will cover 6 1/2 furlongs. The field of six is being led by names like Vacay and Secret Love.

Joined by jockey Jose Lezcano, Vacay is looking to maintain an undefeated record. She is coming off a big stakes win last time out at the track and has a record of 2-0-0.

Be sure to check Horse Racing Tote for all the latest horse racing news.