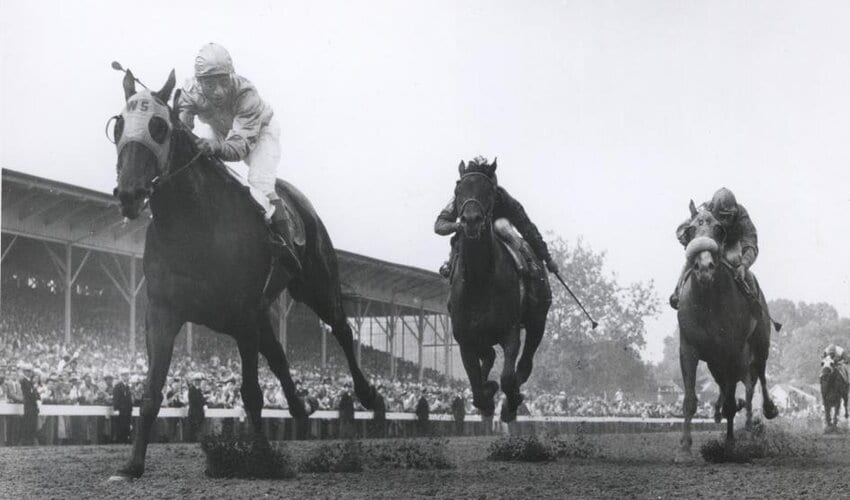 Most of the attention is rightly focused on the Breeders’ Cup, but the action never stops and Belmont Park plays host to the Grade 3 Bold Ruler H on Sunday, a race named after the great Horse of the Year and sire of Secretariat.

Trainer Brad Cox will be thinking about Knicks Go and Essential Quality, but he’ll still have an eye on his durable old favourite Plainsman, who arrives at Belmont Park on Sunday with a leading chance in the feature Bold Ruler H.

The six-year-old has been in sparkling form during 2021, winning four of his last five races, including victory last time when posting arguably the best performance of his career in the Grade 3 Ack Ack at Churchill Downs over a mile. Plainsman took it up a furlong out and kept on strongly, wrapping it up by a length to win his first Graded race for three years.

Hot recent form is at a premium in a race containing several coming off layoffs or long losing streaks, and Wondrwherecraigis is also in good order at present, being a little unlucky not to be looking for a four-timer here.

He made the breakthrough at stakes level at Saratoga in August and then hit the wire in front in the Grade 3 Frank DeFrancis Dash at Laurel Park, but was taken down and demoted to second after drifting out in the closing stages. He must stretch out here, having never run beyond six furlongs in a nine-race career.

It took Continuation nine starts to break his maiden but he has won a couple of allowances since then, including last time out at Colonial Downs over a mile, when he was near the pace and then on it before driving home for a narrow success. That was a lifetime best but he may not be ready for stakes company yet.

When we last saw him in March Wendell Fong was going great guns, following up a stakes win at Laurel Park with the runner-up spot in the Grade 3 Tom Fool at Aqueduct. That was nearly eight months ago, though, and he may not be ready to rumble over a distance at which he has never won. Lil Commissioner has been away even longer, since winning an allowance optional claimer at Aqueduct in January. He won that by eight and a half lengths but is unlikely to be 100 per cent after such a long break.

Bal Harbour is on a 17-race losing streak stretching back to 2018, but has hit the board nine times in Graded races since his last victory and may still have a big run in him. It has also been a long time between drinks for Drafted , who won a Group 3 at Meydan in March 2019 but has lost nine straight since then, including an allowance optional claimer here over six furlongs last time out.

Our Betting Prediction for the Bold Ruler H

Probably wise to focus on one or two with good recent form in the Bold Ruler H, so that points to PLAINSMAN, with four wins from his last five including a Grade 3 last time.

Get a Daily Rebate and make sure to stay tuned for the latest Horse racing odds, racing entries and Races results.